California and local officials are rushing to repair the spillways at Lake Oroville and lower the water level by as much as 50 feet ahead of rain forecast for later this week. Damage to the spillway was first noticed on Feb. 7 and set off a series of actions by officials concerned that damage to an emergency spillway could dump large amounts of water into the Feather River, which runs through downtown Oroville.

Heavy rain in the Sierra

After years of drought conditions, the Sierra have seen above-normal precipitation in the form of rain and snow, and reservoirs throughout the state were above normal levels. Note: No data available for Oroville storage levels on Feb. 3.

On Feb. 7, part of the spillway at Oroville Dam, the tallest dam in the U.S., unexpectedly collapsed into the ground while water was being released from the lake. The flow was stopped so the damage could be examined but the reservoir continued to fill. Water managers have said the dam itself is not in danger of bursting. Water flows over the emergency spillway

Early Saturday morning, water levels topped the emergency spillway, a concrete wall designed as a last-ditch resort to drain the lake when it becomes too full. As the water poured over the wall and pounded the ground beneath it, officials became concerned that erosion could undermine the barrier. Such an event could cause it to collapse and result in a 30-foot wall of water rushing into the Feather River.

The erosion that could lead to a collapse

Evacuation orders and advisories began Sunday around 4 p.m., eventually encompassing Oroville, Yuba City and other communities along the Feather River Basin. Nearly 190,000 residents were affected. To relieve pressure on the emergency spillway, water managers released water down the main spillway. By 11 a.m. Tuesday, the water level had been lowered 15 feet from its peak early Sunday. 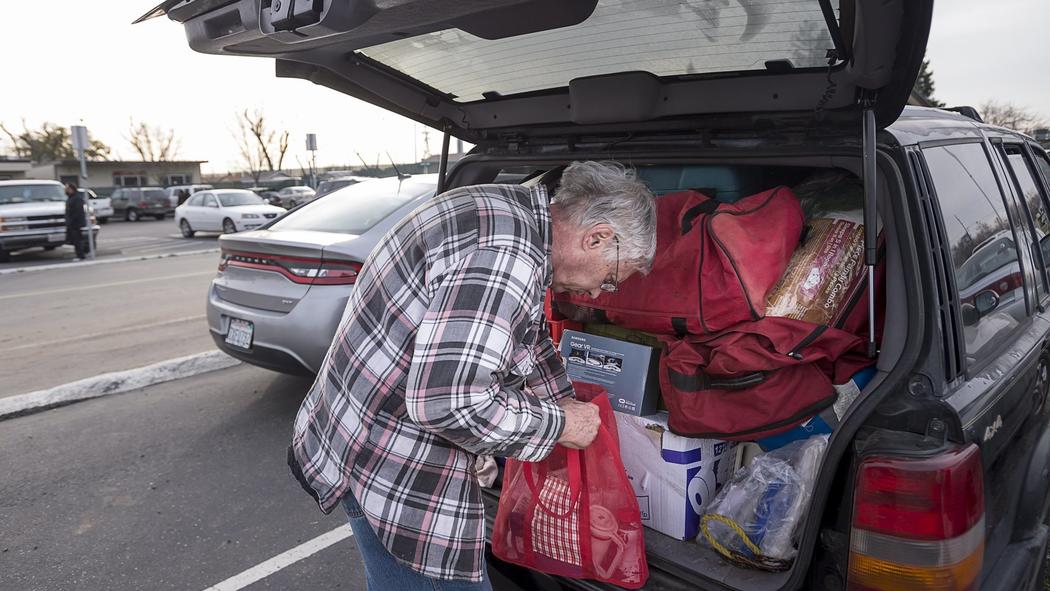 Paula Gillock, 53, sorts through her belongings at an evacuation center at the Silver Dollar Fairgrounds in Chico, Calif., on Feb. 13. (Paul Kitagaki Jr. / Sacramento Bee)

The map below shows potential areas at risk during a major flood event. It is unclear how far downstream potential flooding could occur if an emergency spillway at Lake Oroville fails. Officials are racing to shore up an eroded area near the emergency spillway just north of the dam. A collapse of the spillway could cause catastrophic flooding if the lake overflows again. Rocks are being delivered to a staging area on the south side of the dam. Authorities lifted mandatory evacuation orders Tuesday for communities below the Oroville Dam. At a news conference Tuesday afternoon, Butte County Sheriff Kory Honea announced the order had been changed to an evacuation warning after he said the risk of flooding had been reduced.

"We have concluded it is safe to reduce the emergency evacuation order to an evacuation warning," said Honea, who had made the initial call Sunday to evacuate a large swath of three counties below the imperiled dam. 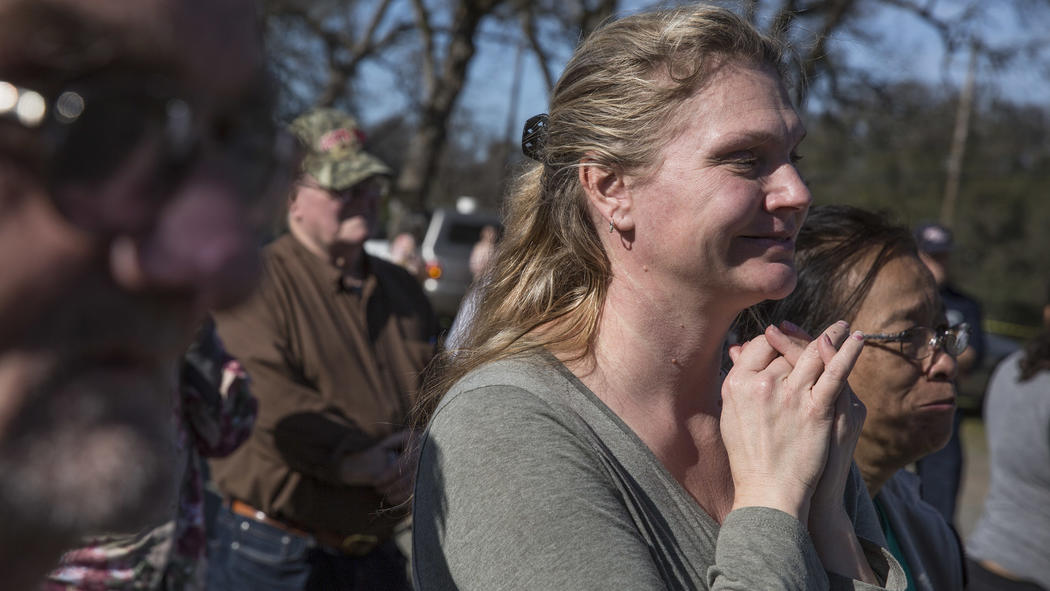 Residents listen at the Bangor Community Hall as they get the news that the evacuation order has been lifted. (Brian van der Brug / Los Angeles Times)

More rain in the forecast

According to the latest forecast, over seven inches of precipitation are predicted for the area, beginning Wednesday and continuing into early next week, but the lake could see even more water descending from the surrounding watershed.