The race to end the NFL's two-decade absence from Los Angeles isn't over yet.

A committee of NFL owners overseeing the process met in New York on Wednesday as the competition between rival proposals in Carson and Inglewood continues. The projects present starkly different visions of what the NFL's return to the country's second-largest market could look like.

The plan in Inglewood, already in the permit phase, calls for a covered venue that blends into a sprawling mixed-use development that could compete with L.A. Live. In Carson, which has lagged behind Inglewood, the concept is more traditional: parking lots that allow fans to tailgate surrounding an eye-catching open-air stadium.

NFL owners won't vote on a solution until at least January. Meanwhile, the race goes on.

Click on an image to read the tale of the tape for each stadium proposal. (Los Angeles Times) 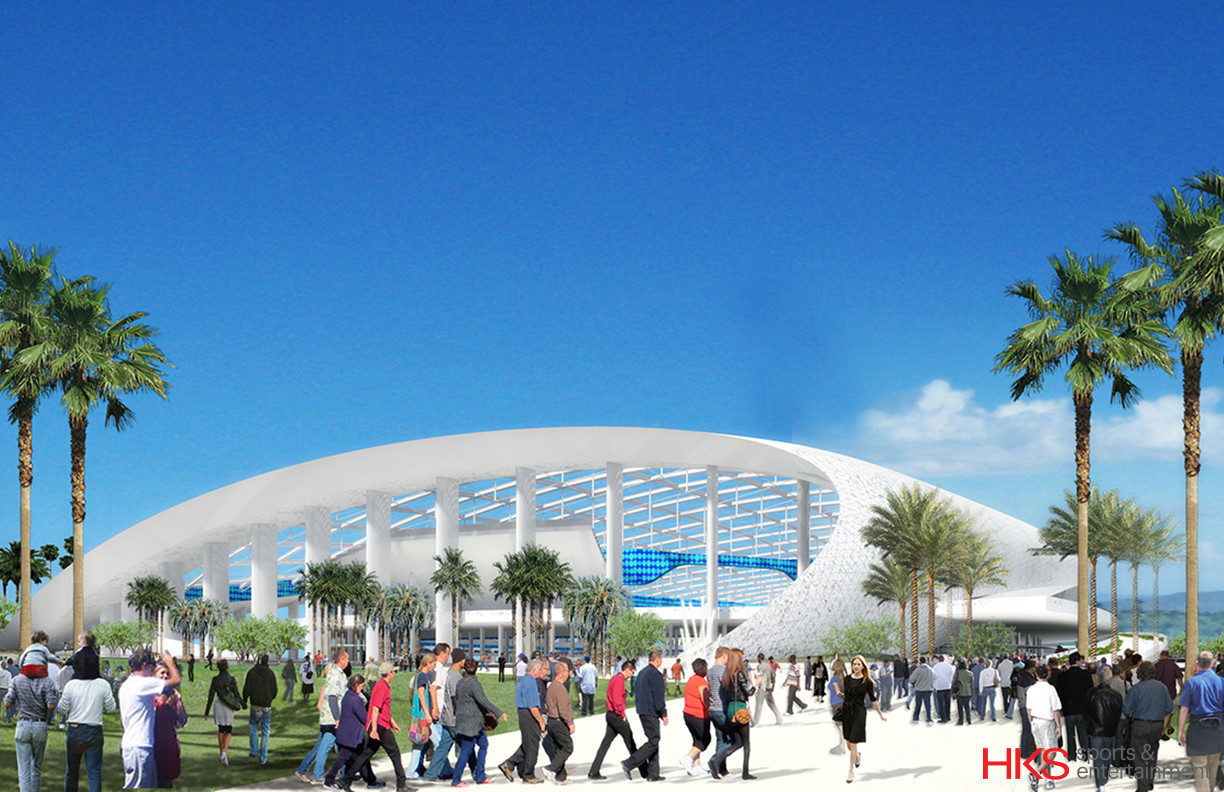 In 2013, Kroenke and Stockbridge Capital started discussions on a stadium in the company's planned development at the Hollywood Park racetrack site. Kroenke purchased 60 acres of nearby land in January 2014 and, a year later, the partners announced the proposed stadium. Part of a 290-acre mixed-use development, the land around the stadium would include offices, restaurants, shops and a 6,000-seat performance venue. In February, Inglewood's City Council unanimously approved a ballot initiative allowing the project to move forward.

Hollywood Park, which closed in 2013, has been the site of previous NFL stadium ideas, including one proposal in 1995 that would have built an open-air home for the Raiders.

Dallas-based HKS, which designed stadiums for the Dallas Cowboys and Indianapolis Colts. 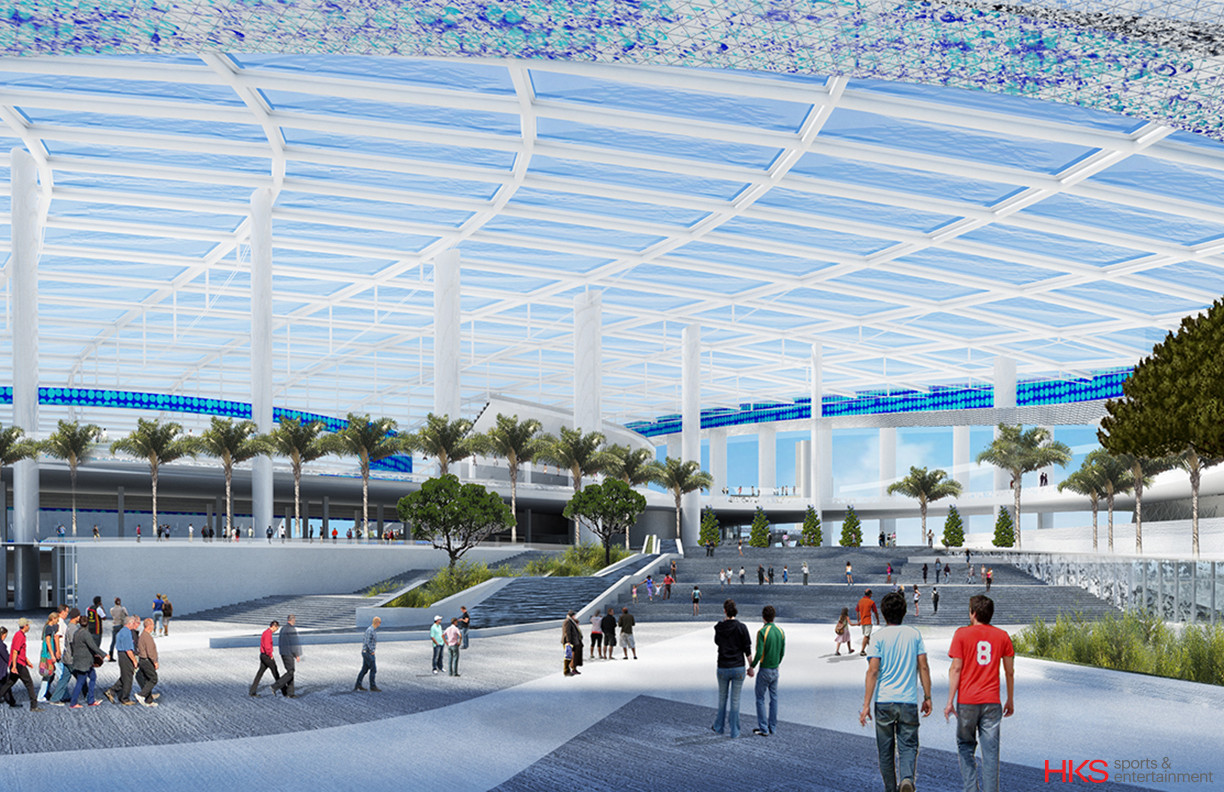 The covered stadium — allowing the venue to host such events as the college basketball Final Four — would be set 100 feet into the ground to lower the profile. The wave-shaped roof would be open on all four sides to allow breeze to circulate. Over the playing field, the roof would be made from a transparent material which is as clear as a car windshield.

The project's design is complete and planners say the site preparation work to start construction is nearly finished. The developers, who previously suggested they could break ground as early as December, are currently securing the permits needed to proceed.

The Federal Aviation Administration issued a preliminary report Monday saying that the stadium could interfere with radar at Los Angeles International Airport. Developers expect to resolve the matter without much difficulty, possibly by coating part of the stadium in a radar-absorbing material. 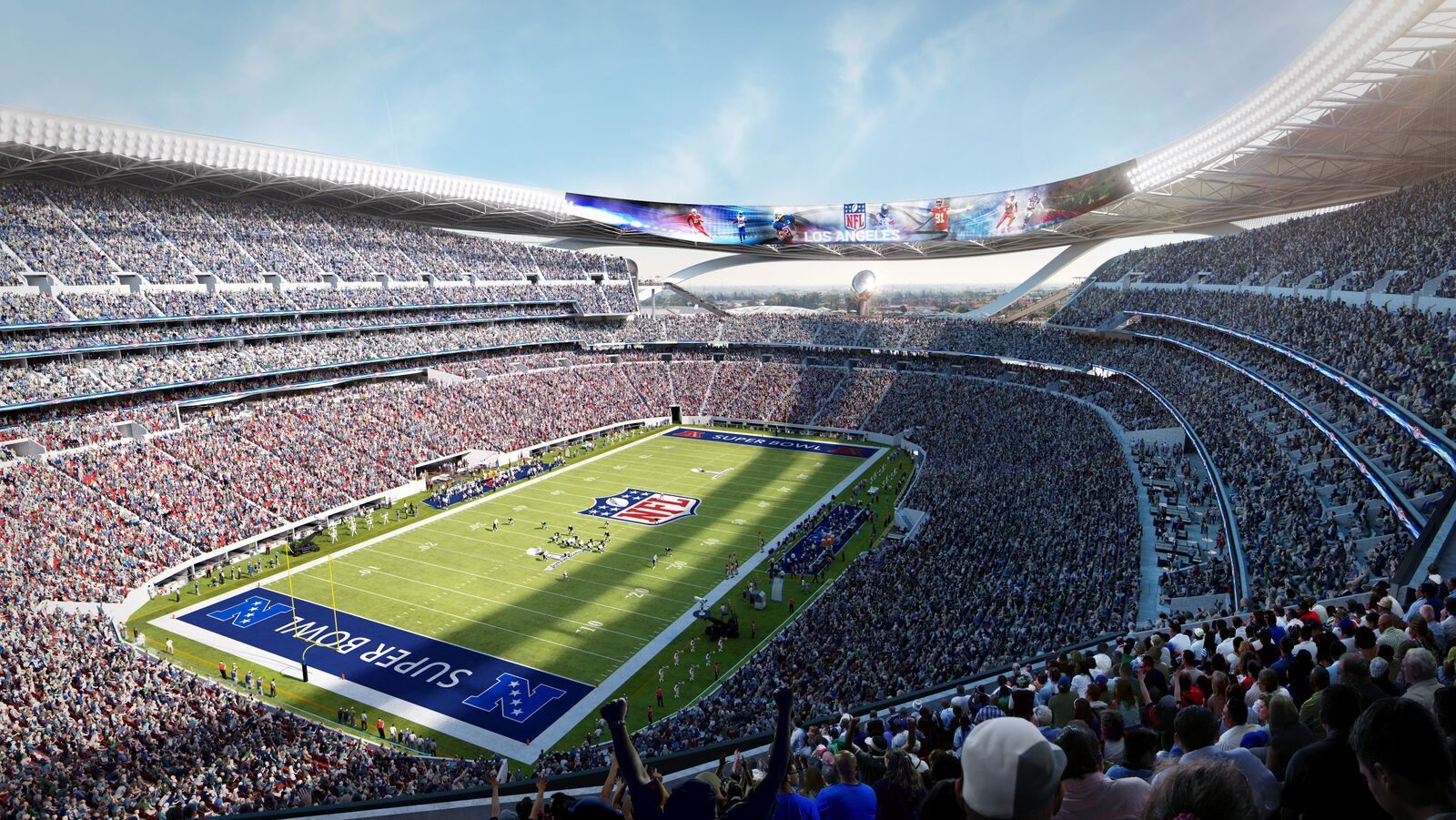 San Diego Chargers owner Dean Spanos and Oakland Raiders owner Mark Davis teamed on the proposal. Financial giant Goldman Sachs — which helped to finance Levi's Stadium in Santa Clara, Calif., for the San Francisco 49ers — will fill a similar role with this project. Disney Chairman Bob Iger will oversee the project if it is approved by league owners.

The Chargers agreed to a deal in January to purchase the 168-acre site of a former landfill that their representatives first inquired about the previous summer. The Raiders agreed to join the project a day before its unveiling in February. In a similar process to Inglewood, Carson's City Council unanimously approved a ballot initiative for the project in April. The complex land transaction closed in May, with the Chargers and Raiders acquiring 11 acres for about $20 million and transferring the remaining 157 acres to a city-controlled joint powers authority.

Now a vacant lot, the 157-acre portion of the site next to the 405 Freeway used to be the Cal Compact landfill. Municipal waste lurks below, along with millions of barrels of solvents and paint sludge. The area has been a popular choice for would-be stadium plans, including the Spanish-style "Hacienda" proposed by Michael Ovitz in the late 1990s. 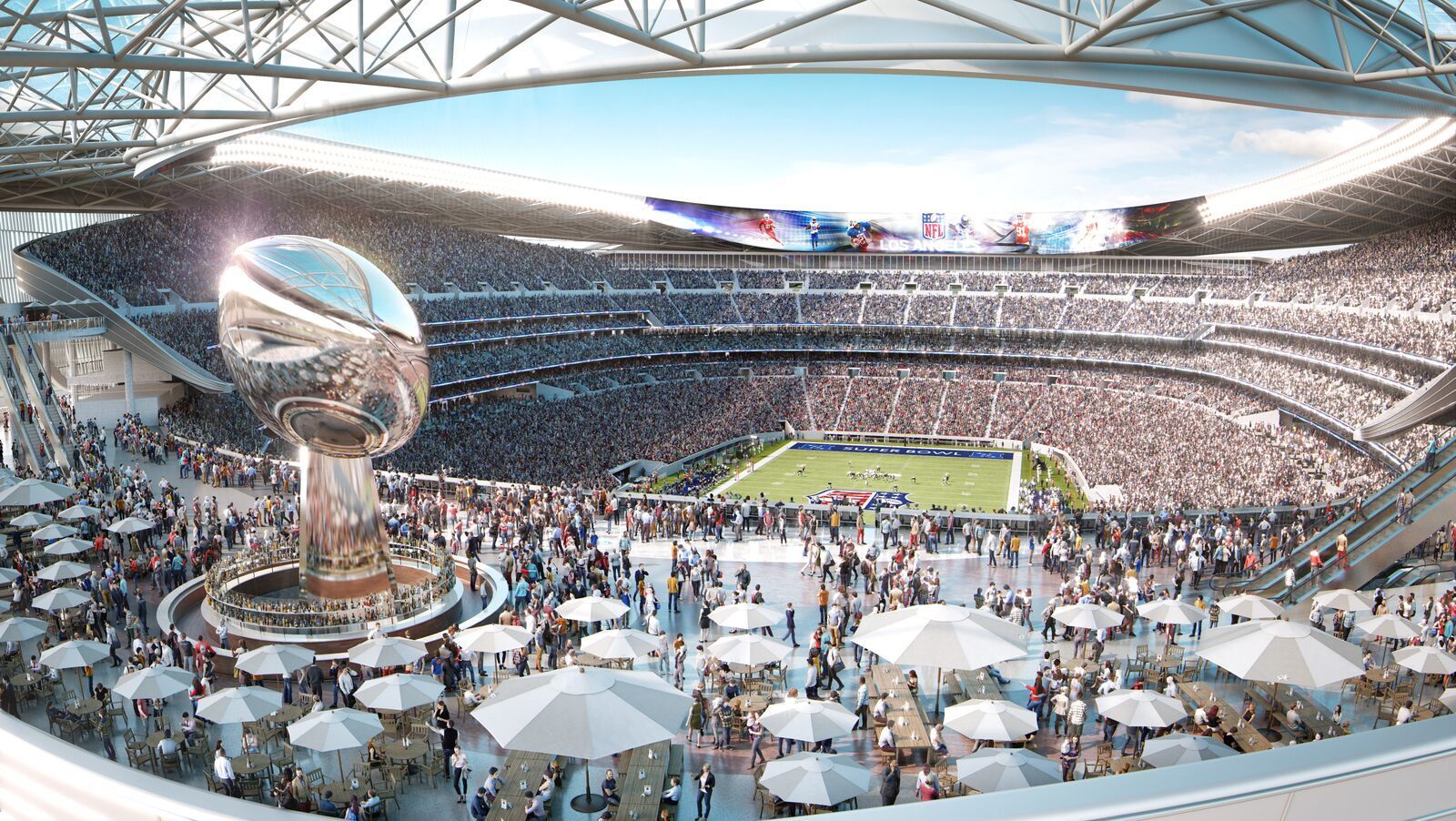 The open-air stadium's design has already been overhauled once. The current version includes a 85-foot replica of the Lombardi Trophy — awarded to the Super Bowl winner — extending through the concourse and forming the centerpiece of a 56,000-square foot club. The stadium's exterior is sleek and futuristic, with flowing lines designers hope will make it instantly recognizable. A massive video screen on the stadium's side would allow tailgating fans to watch other NFL games in the spirit of a drive-in theater.

The stadium's concept design is complete and the team is moving into the schematic phase. It's unclear when those will be finished.

The landfill remediation, overseen by the state's Department of Toxic Substances Control, can't be completed until plans for the site are finalized. As part of an agreement with a previous developer, Carson took out $50.5 million in bonds earlier this year to finish the cleanup. The DTSC previously confirmed that the site is suitable for a stadium and related buildings.

Nathan Fenno is a sports enterprise reporter for the Los Angeles Times focused on investigations, features and in-depth stories.