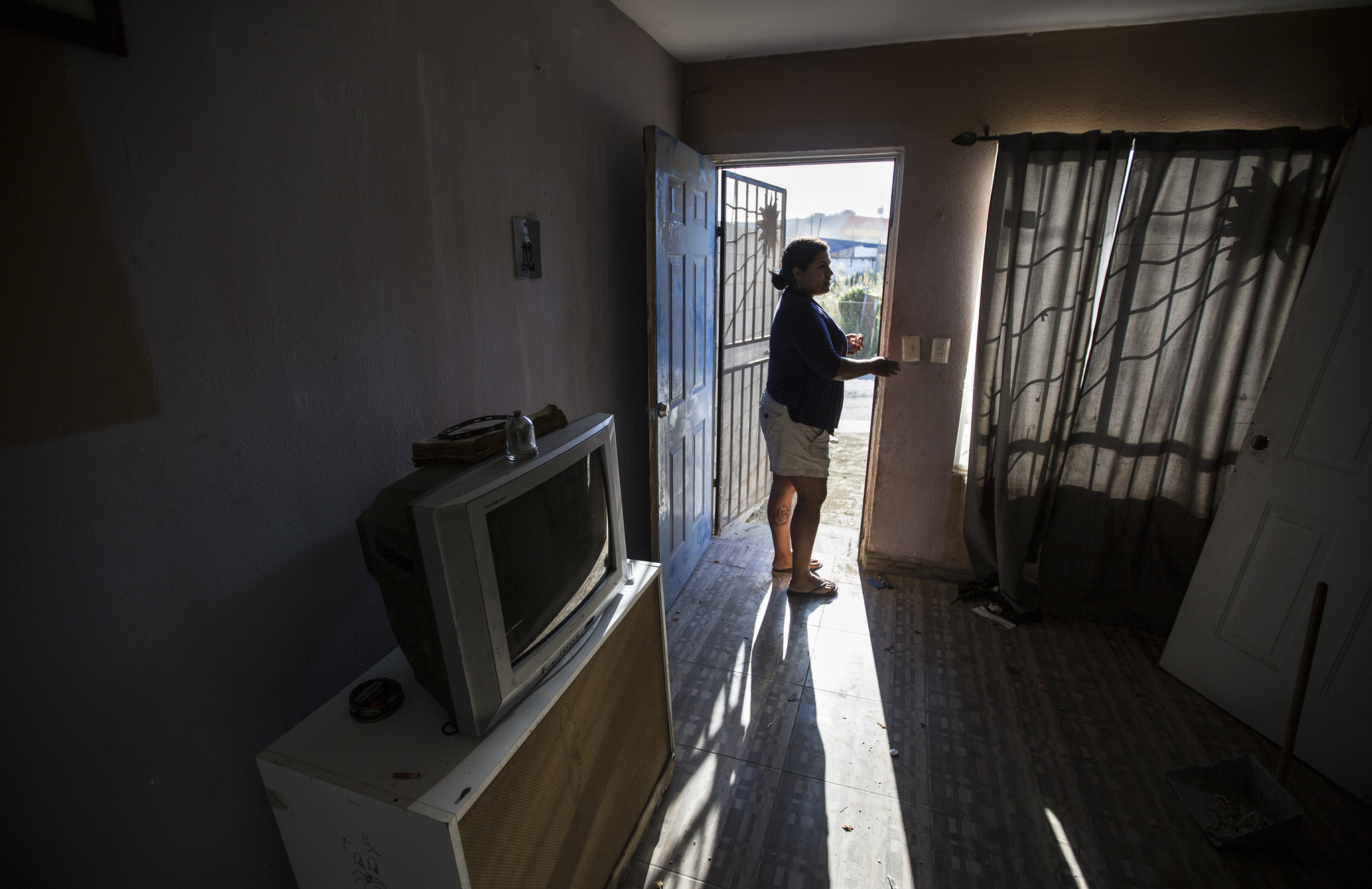 Imagine a mortgage loan that only gets more expensive, even if you make payments on time

The eviction squads arrive in convoys, whisking attorneys, police officers, bank agents and teams of movers through the gates of the Cañadas del Florido housing development.

They eject the residents, seal the front doors with bricks and post signs warning against break-ins. Abandoned units blight every block of this 2,000-home community. Squatters ignore the signs and take over, their flickering candles casting an eerie glow at night.

Maria De Jesus Silva’s turn came on a spring day in 2014, when she found a thick stack of foreclosure documents on her doorstep.

According to the documents, the Bank of New York Mellon, acting as trustee on behalf of bondholders, had started the long legal process to evict Silva from the two-bedroom home she bought in 2006 and shared with her daughter, son-in-law and granddaughter.

“I was shocked because New York Mellon is a very powerful bank, and I’m a very poor person,” said Silva, who makes $225 a month working at a gas station. She has hired a lawyer to try to block her eviction.

One of the harsher aftershocks of Mexico’s housing collapse came from subprime-like mortgages given to the working poor, people who didn’t qualify for loans from Infonavit, Mexico’s giant housing finance agency.

Both types of loans featured rising monthly payments, and the total amount owed also increased. But the subprime loans were structured to increase at a higher rate.

For investors, those escalating payments provided a hedge against inflation and currency fluctuations. But for homeowners, the onerous loan terms led to defaults on a massive scale.

Ten years later, a cyclone of foreclosures continues to cut a slow-motion path of financial destruction across Mexico. It’s the latest stage of a housing collapse that left developments plagued with infrastructure problems and abandoned homes. Now banks and bondholders are extending their reach into the decaying tracts to seize homes.

In Silva’s neighborhood in eastern Tijuana, mailboxes are stuffed with foreclosure notices. Cul-de-sac gates are locked in mostly vain attempts to keep out eviction crews. “Is the bank trying to take away your home?” reads a sign with a phone number to call, nailed to a teetering utility pole.

Silva’s mortgage came through Su Casita, a Mexican lender that received funding from an arm of the World Bank called the International Finance Corp., whose motto is “Reducing Poverty. Improving Lives.”

Builder and lenders “deceived us into buying these homes, and everybody left, or is waiting to be kicked out.” —Cañadas del Florido resident Maria De Jesus Silva

She delivered her payments in person, but after six years the burden became too great. The monthly payment had increased 32%. The amount she owed had ballooned 20%, to the equivalent of about $18,000 at the time.

Silva said the builder and lenders “deceived us into buying these homes, and everybody left, or is waiting to be kicked out.”

The Bank of New York Mellon, which declined to comment, sold off its Mexican banking subsidiary in 2014.

The subprime loans that led to the U.S. housing market collapse a decade ago had some guardrails against skyrocketing payments, including lifetime caps on interest rate increases; these Mexican loans had none.

The loans were offered by Mexican construction companies, banks and mortgage brokers — some backed by the World Bank, others by U.S.-based companies that had played a role in the American mortgage crisis.

Later, the loans in Mexico were pooled into mortgage-backed securities by Wall Street investment banks and sold to bondholders. Income from the bonds came from the mortgage payments made by home buyers. Once homeowners started falling behind on the payments, default rates skyrocketed and the bondholders launched massive foreclosure actions.

Watch our Q&A with the author

We received hundreds of questions from our readers about our Mexico’s Housing Debacle series. Reporter Richard Marosi gives the behind-the-scenes look. 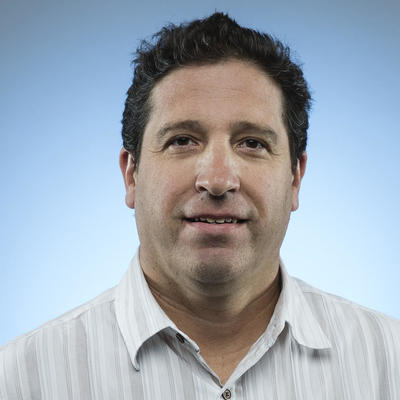 Financial institutions and the Mexican government promoted the so-called social interest loans as a means of extending homeownership to the taco cart vendors, swap meet peddlers, beauticians, house cleaners and others who scrape by in Mexico’s huge underground economy. They comprised about 10% of the mortgage market.

Buyers were assured that mortgage payments would remain stable. They were given amortization tables showing monthly payments and interest rates as fixed for 25 or 30 years.

But the tables omitted a key factor: those payments were tied to an index called unidades de inversion, or units of investment — UDIs for short — which tracks the Mexican Consumer Price index.

Each monthly installment was determined by multiplying the “fixed” amount due by the UDI rate, which grew slightly every month.

Between 2000 and 2010, those relentless monthly upticks mounted: The UDI rate surged about 70%. And as the payments increased monthly, so did the total amount owed.

Financial analysts hired by debtor groups found that homeowners would have to pay the amount of the original loan up to seven times over to pay it off entirely over 30 years.

Roberto Ramos, a former salesman for Homex, once Mexico’s largest homebuilder, sensed trouble about two years after people purchased homes. Some buyers at the El Laurel development in Tijuana wouldn’t wave hello to him anymore. Others shot him dirty looks.

“They’d stop by the sales office and tell me they couldn’t afford their homes anymore,” Ramos said. “They would say, ‘Either I feed my family, or I pay the mortgage.’’’

Salespeople typically helped buyers with their loan applications, and were responsible for ensuring that borrowers understood the loan terms. But that wasn’t possible, Ramos said, because even he didn’t understand them.

“They would say, ‘Either I feed my family, or I pay the mortgage.’’’ — Roberto Ramos

At training sessions, supervisors glossed over the loan details and told salespeople to downplay the risks, he said. Borrowers with loans from Su Casita, for example, received a pamphlet that minimized the financial perils.

“The social interest loan is provided on very accessible terms,” the pamphlet read. “In the long run it represents an important saving and a magnificent investment.”

Ramos, who made hundreds of loans, many of which ended up in foreclosure, said he eventually stopped steering borrowers to the financial instruments. “I thought I was helping people,” he said. “Instead I was killing their dreams.”

A large source of funding for the UDI loans came from the World Bank and the Inter-American Development Bank, which provided about $3 billion to Mexico’s social development bank, the Federal Mortgage Society. The bank in turn funneled the money to mortgage lenders who made home loans.

Banks and mortgage lenders made about 850,000 loans from 2000 to 2013, most of them in UDIs, according to analyst estimates and Mexican government statistics.

Analysts gave the strong ratings based on the assumptions that borrowers’ salaries would keep pace with inflation, housing values would increase and that loans were made to credit-worthy borrowers.

Mortgage fraud and lax lending standards, as in the U.S., also played a role in the meltdown.

Instead, wages often remained stagnant, housing values dropped or stayed flat, and many loans were made to people who couldn’t afford them.

Many loans were made to people who couldn’t afford them.

A 2008 internal report by the Federal Mortgage Society cited fabrication of documents and collusion between builders and mortgage lenders as factors in the sharp rise in defaults. Large construction companies, including Homex, were making sales without regard to borrowers’ long-term ability to pay, the report said.

The Mexican loan pipeline was hailed at a 2007 finance industry gala at the Ritz-Carlton in New York City. Credit Suisse won the “deal of the year award” for underwriting 1,876 UDI loans originated and underwritten by Su Casita and GMAC Financiera, the General Motors-affiliated financial services company.

By 2016, the default rate on the “deal of the year” loan portfolio had reached 80%, according to Standard & Poors.

Mortgage lender after mortgage lender, burdened by bad loans, went bankrupt. There were so many defaults that some lenders formed mortgage servicing companies to handle the bad loans their own industry had created.

An executive for one firm, Patrimonio, touted his approach at a finance conference in Miami in 2011. “The region’s high yield, stressed and distressed deals — turning ticking time bombs into opportunity,” was the title of his PowerPoint presentation.

The executive, Ignacio Farias, in a phone interview, said the “ticking time bombs” weren’t caused by mortgage brokers like him, but by the government, which devised the UDI loans and failed to offer loan modifications when borrowers ran into trouble.

Mark Zaltzman, the former director of Su Casita, said his company did its best to weed out fraudulent loan applications submitted by construction companies.

“It’s not so much that the product was badly designed. It was just a very bad handling of the situation after the downturn of the economy,” Zaltzman said. “This was the manner to reach out and provide affordable housing to an under-served population in the lowest income bracket.”

But others blame the mortgage lenders and construction companies for eroding underwriting standards in pursuit of profits.

Mario Novelo, the Federal Mortgage Society’s director general of finance, said lenders and construction companies in large part caused the crisis because they made loans to unqualified buyers and passed the risk on to others. There was no government oversight, and the industry took advantage, he said.

“The only thing construction companies cared about was getting people into houses. They didn’t care if borrowers could pay or not,” Novelo said in an interview.

The World Bank declined repeated requests for an interview. In a statement, the bank said, “Similar to the experience in the U.S., the 2008 financial crisis restricted available financing for Mexico’s housing lenders and exposed poor credit practices in the home-loan industry.”

Silva, the gas station attendant, used to hand-deliver her mortgage payment at her lenders’ storefront office. Her two-bedroom row home, built by Homex, was cramped, the ceiling leaked and pipes burst regularly, but it was still better than paying rent.

Silva, who said the UDI loans were never explained to her, stayed current for several years. But by 2011, her monthly payment nearly equaled her monthly salary.

Since then, she has worried constantly about eviction. Outside, the crime-ridden neighborhood continues to deteriorate, its streets blighted with bonfires, garbage piles and busted mailboxes stuffed with foreclosure notices.