Hillary Clinton conceded to Donald Trump: "I still believe in America, and I always will. And if you do, then we must accept this result and then look to the future. Donald Trump is going to be our president. We owe him an open mind and the chance to lead."

● Proud carrier of 'The Woman Card'

Donald Trump has accused Hillary Clinton of playing “the woman card” to win support for her candidacy. It’s a charge she has embraced, telling cheering crowds to “deal me in.”

Throughout Clinton’s campaign, she’s been dogged by questions about using a private email server to communicate while she was secretary of State. The federal investigation provided no shortage of reminders about what Republicans have described as a scandal that jeopardized classified information. The Department of Justice ruled out an indictment, but new disclosures continue to plague Clinton. 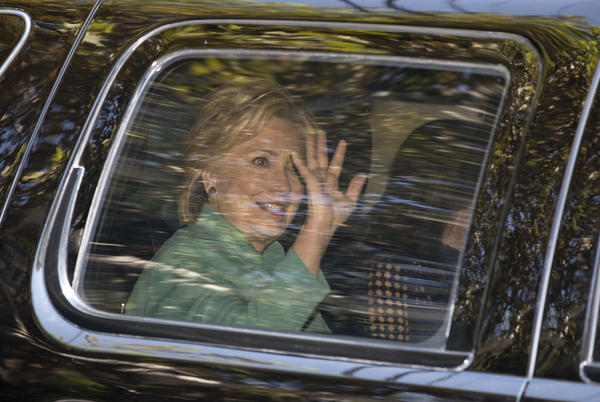 Clinton embarks on a tour through the elite enclaves of the U.S., attending events where the price of entry is as much as $50,000 a person. The optics may be detrimental to attracting younger supporters, but the funding is helping Clinton put more distance between her and Trump.

Hillary Clinton accepts her party's nomination for president at the Democratic National Convention, which got off to a rocky start but ended with her becoming the first woman to top a major party's ticket. In her speech, she gave an optimistic assessment of the United States and warnings against electing Donald Trump. “I am endorsing Hillary Clinton,” Sen. Bernie Sanders declares to cheers from a couple of thousand partisans at a rally in a high school gymnasium in New Hampshire on July 12.

● Trouble With the TPP

The Trans-Pacific Partnership, better known as TPP, has been thorny for Clinton. She worked on the trade agreement while secretary of State, but she joined Sanders in opposing it once the details were finalized. Progressives are concerned that there aren’t enough rules to protect the environment and prevent jobs from being shipped overseas. However, President Obama still wants to push the deal through Congress before he leaves office, and Clinton’s representatives helped keep opposition to the TPP out of Democrats’ platform.

Where does Clinton's party stand on key issues such as the Iran nuclear deal, Islamic State terrorism, gay rights and abortion?

The rising cost of higher education was a divisive issue in the Democratic primary. After conversations with Bernie Sanders, Clinton updated her plan to include free tuition for students from families earning up to $85,000 a year. The income level would rise to $125,000 by 2021, making the benefit available to an estimated 80% of families. She also wants a “time out” period that would give students who have already taken out loans a chance to refinance and lower their monthly payments.

When it became clear that Bernie Sanders would fall short of the Democratic nomination, he turned his attention to enshrining his liberal ideas in the party’s platform. Sanders succeeded in several places, most notably calling for a $15-per-hour federal minimum wage that would be rise with inflation. Clinton had previously urged a $12-per-hour minimum, although she praised states like California and New York that went further.

● Who Is Sidney Blumenthal? 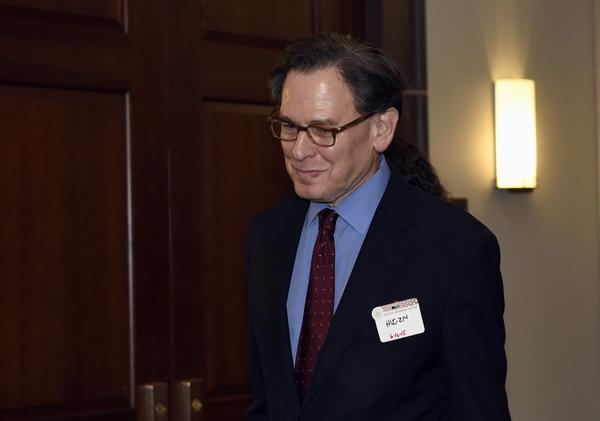 A centerpiece of Clinton's campaign has been gun control. She wants federal background checks for all gun sales, and she wants to change a law that allows a gun sale to go through if a background check is not completed within three days.

From a 1992 exploration of Clinton's role in her husband's campaign: "An Arkansas political columnist once melded their names into "Billary Clinton" with good reason. They are complementary, a political and marital team; if they were a law firm, she would be the litigator, he the mediator." After Bill Clinton's first 100 days in office, The Times' David Lauter interviews Hillary Clinton in the White House Map Room. "From her first moments in the White House, Clinton's words and deeds made clear that she would be radically different from the first ladies who had preceded her."

● Her Marriage: Why did she stay? 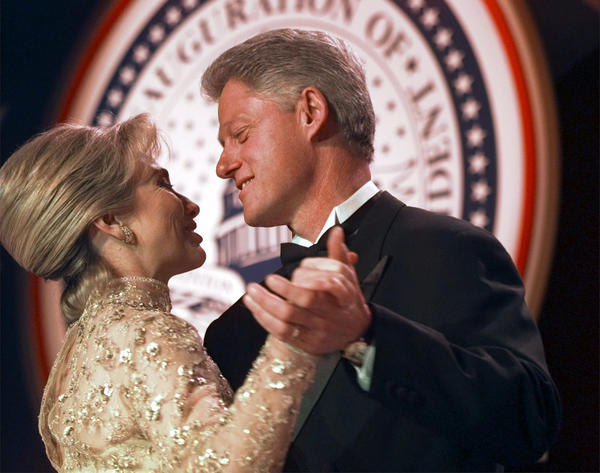 In a February 1998 article headlined "Bill and Hillary's United State," The Times writes that, for many, behind the questions about infidelity, "is the suspicion that there is a deal here. Why, both men and women wonder, would she continue to put up with the public humiliation that comes with such charges?" President Bill Clinton was impeached for perjury and obstruction of justice later that year.

Where did Clinton finish in the delegate count?

● A First for a First Lady Clinton's victorious campaign for a U.S. Senate seat made history in 2000. It was the first time a first lady had won elected office.

Hillary Rodham was born on Oct. 26, 1947. She grew up in a Chicago suburb and attended Wellesley College and Yale Law School. Hillary Clinton is married to former President Bill Clinton and has a daughter, Chelsea, and two grandchildren.

Clinton's ties to Wall Street donors have been a political headache during her primary battle with Bernie Sanders. She's pledged to toughen financial regulations, including new fees and rules for riskier trades. Clinton also wants a tax on high-frequency trading.

● From First Lady to Senator

Before becoming first lady in 1993, Clinton was an attorney and worked for the Children's Defense Fund among other causes. When her husband's term ended in 2001, she was elected U.S. senator for New York, serving until 2009. She was secretary of State from 2009 to 2013.

● But Can You Trust Her? 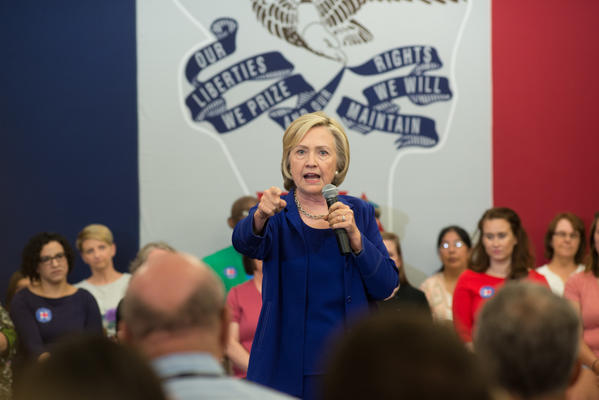 Voters routinely tell pollsters they don’t think Clinton is honest, making that one of her greatest political weaknesses. In fact, a June Gallup poll showed only a third of Americans find her trustworthy, placing her even with Donald Trump. It’s an issue that Bernie Sanders used against her in the primary, insinuating that she was beholden to political donors, and Trump will likely hammer in the general election.

Clinton describes climate change as a looming catastrophe and an economic opportunity. She frequently pledges to ensure a half billion solar panels are installed by the end of her first term. Meanwhile, she also wants to slash oil consumption by a third, while also generating enough renewable energy for every home in the country. 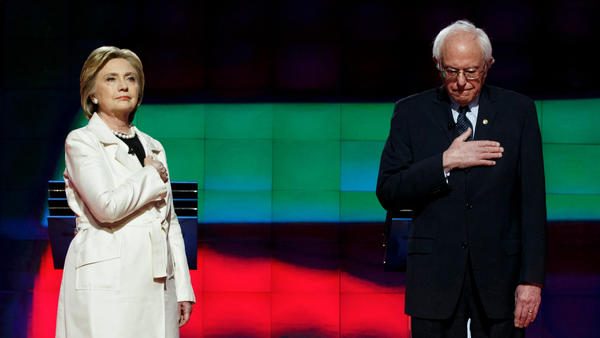 While the passion of Bernie Sanders’ supporters got more attention during the primary, Hillary Clinton has been able to rely on a dedicated cadre of volunteers in her campaign. They’re quick to overlook her flaws and eager to support her bid to be the country’s first woman president. 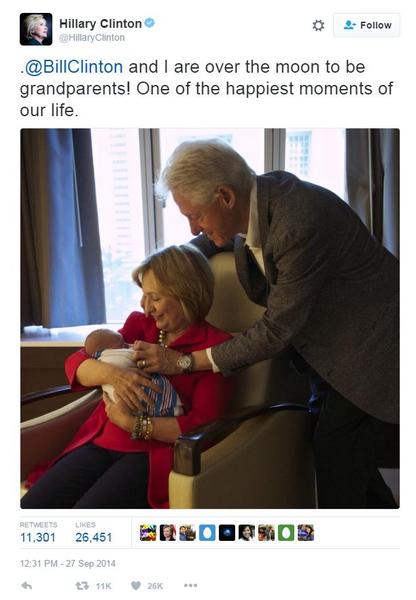 Clinton has a granddaughter, Charlotte, and a grandson, Aiden.

Pushing a pathway to citizenship for immigrants who are in the country illegally is a key issue for Clinton, and one where she draws a stark contrast with Donald Trump. Clinton's proposal would resuscitate previous legislative efforts that stalled amid Republican opposition in Congress. She would also continue President Obama's executive actions that shielded millions of people from deportation proceedings.

Hillary Clinton embraced her status as the first woman presidential candidate from a major political party when she secured the Democratic nomination, delivering a speech that touched on the women’s suffrage movement from a century ago. Now she’s facing off with Donald Trump, whose track record of outrageous statements has been described as sexist and misogynist.

Bill and Hillary Clinton married in 1975.

● Who's in the Clinton Coalition?

Barack Obama won two terms as president by building a diverse coalition that leaned heavily on black and Latino voters. Now Hillary Clinton will try to walk a similar path, building on her longstanding relationships with minority communities. In addition, Donald Trump’s harsh rhetoric on immigration is expected to push Latino voters more firmly into the Democratic corner. 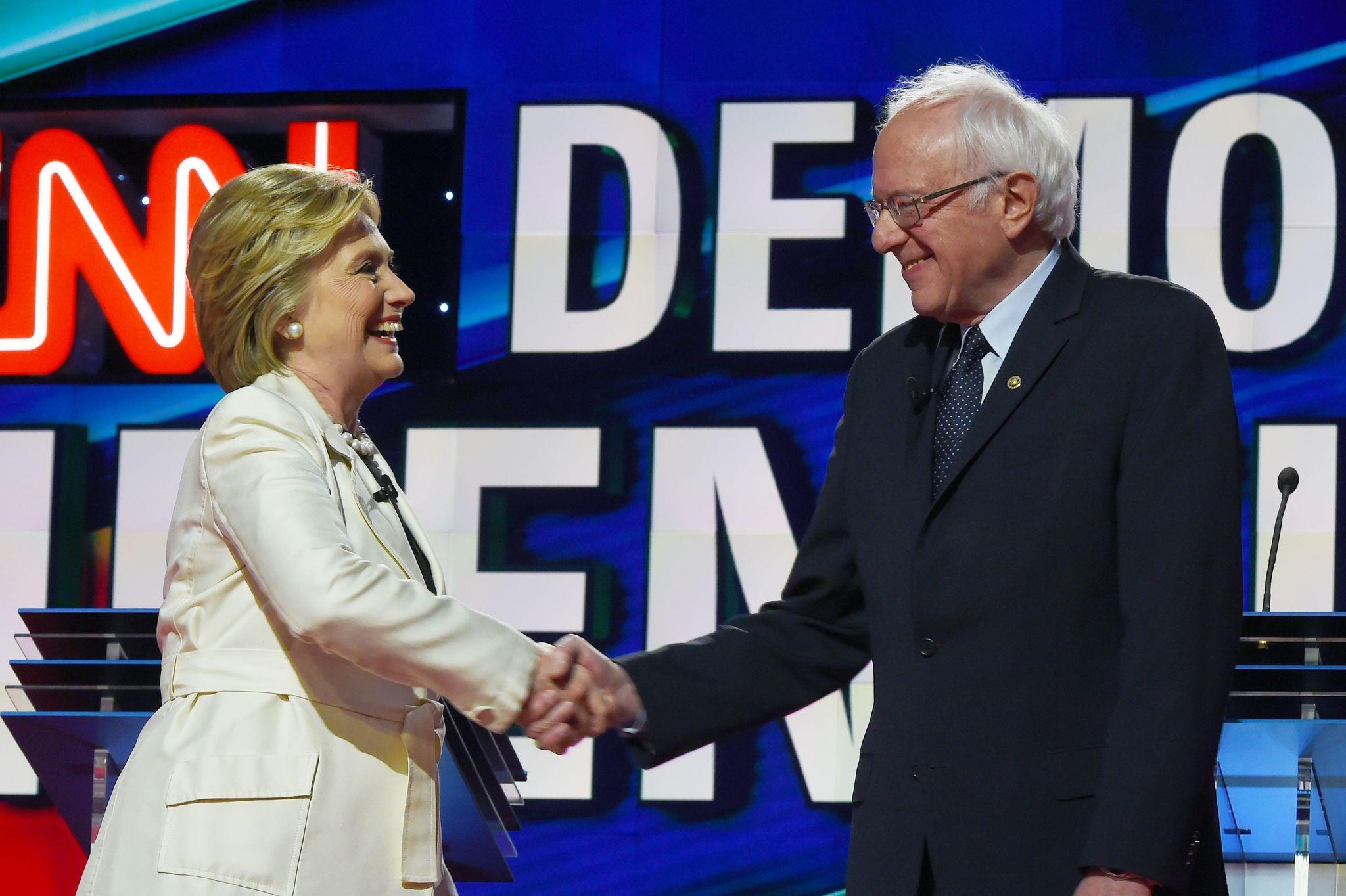 Throughout the Democratic primary, Bernie Sanders was the overwhelming favorite among young voters. For them, the septuagenarian senator presented a fresh, authentic alternative to Clinton’s more polished image. It could prove challenging for Clinton win over some of Sanders most passionate younger fans as she prepares for the general election. 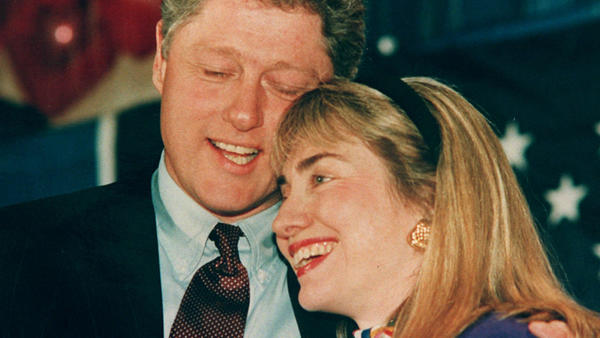 In a 1992 profile, The Times writes that Clinton is "embroiled against her will in the latest pelvic riddle to transfix American politics. But she learned her adult survival skills in the demanding arena of Arkansas public life -- a combination fishbowl and football field where controversies are often played out up close and personal."