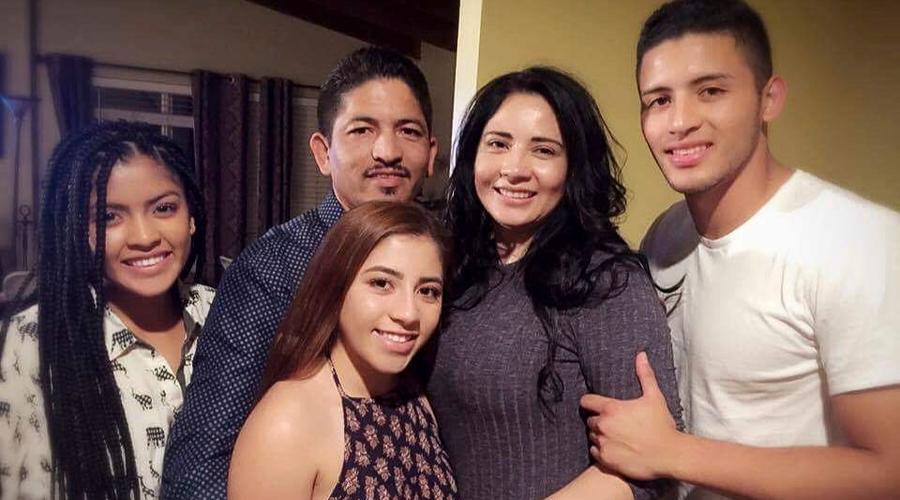 Jorge Ramirez, an Oceanside minister and immigrant who is in the country illegally, didn’t think he would end up in line for deportation when he encouraged his U.S. citizen daughter to vote for now-President Trump. Read the story » 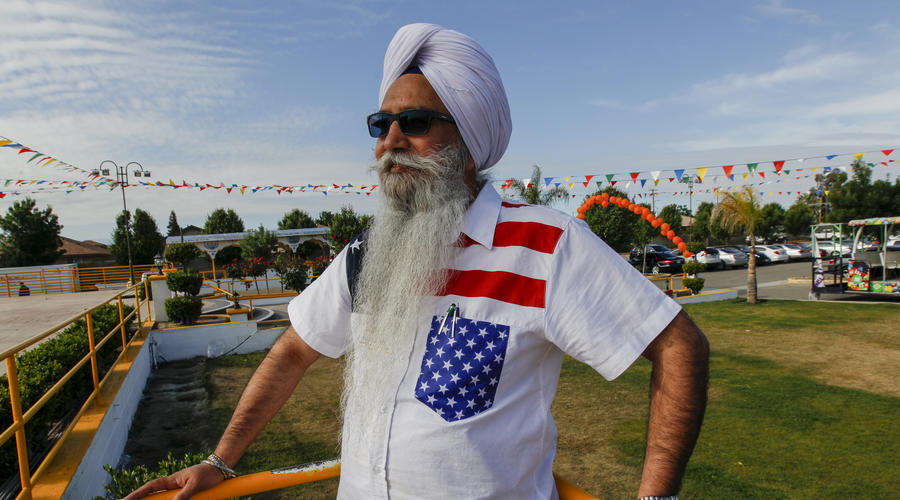 Being Sikh in Trump's America: ‘You have to go out of your way to prove you’re not a threat’

Sikh leaders say they’ve seen an uptick in hate crimes against members of their community since the 2016 presidential election and the Trump administration’s proposed immigration and travel bans. In many cases those being targeted are mistaken for Muslim. Read the story » 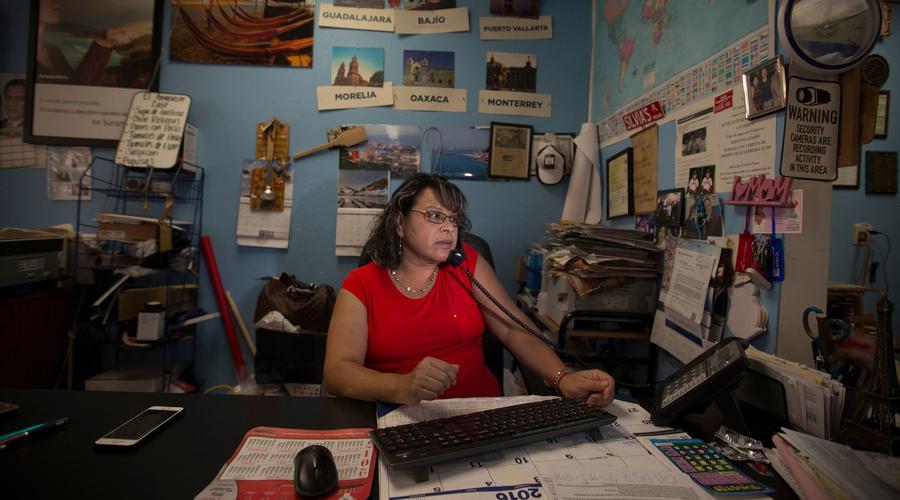 Traveling abroad in the Trump era? For some legal residents, not so fast

For some legal residents, traveling in a time in which talk of travel bans and massive border walls flows from the White House has become an anxiety-inducing proposition. Read the story » 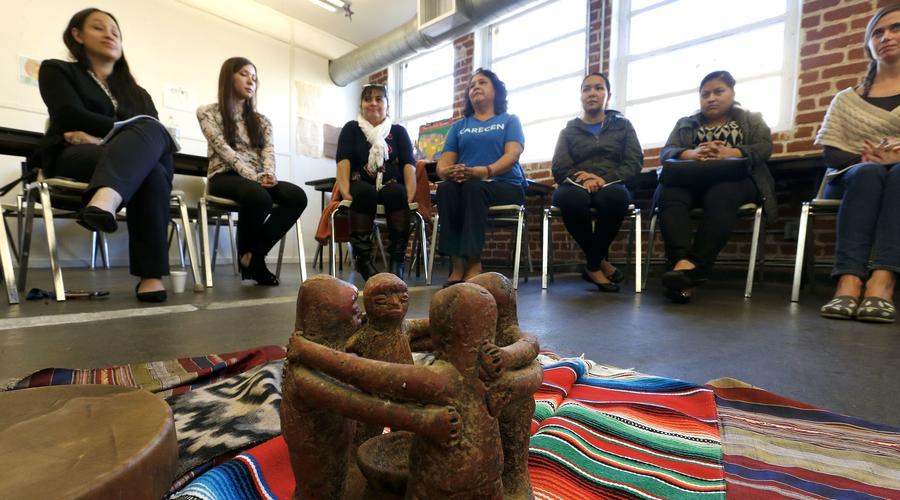 When weary L.A. activists need relief from Trump, this is where they go

The Trump presidency is testing the endurance of L.A. activists fighting for immigrant rights and social justice. In workshops and webinars, longtime community organizer Victor Narro advises them to unplug, garden, hike, dance, volunteer, build altars at their cubicles and look at photos that bring them joy. They’re in it for the long haul, after all. President Trump still has nearly 200 more weeks in office. Read the story » 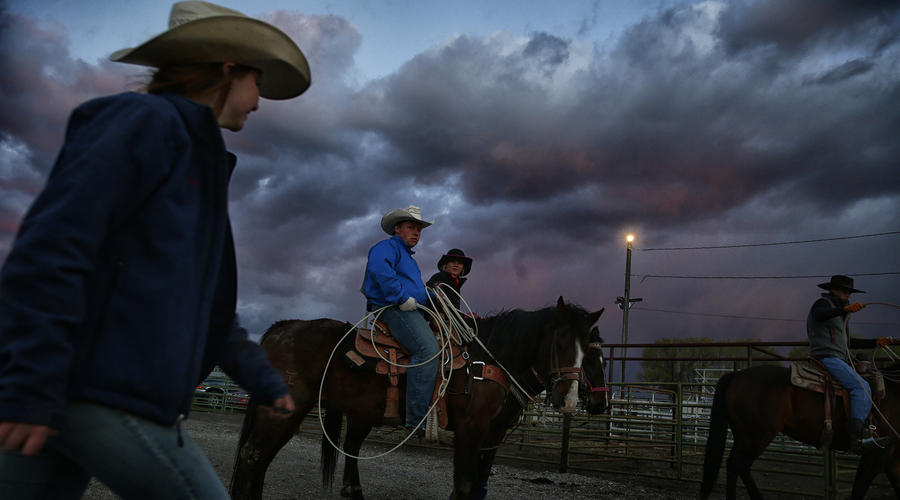 Twin Falls, Idaho, is caught in the crossfire between far-right conspiracy theorist Alex Jones and one of the area’s largest economic drivers, the yogurt company Chobani, amid the debate over refugees spurred by President Trump’s proposed travel bans. Read the story » 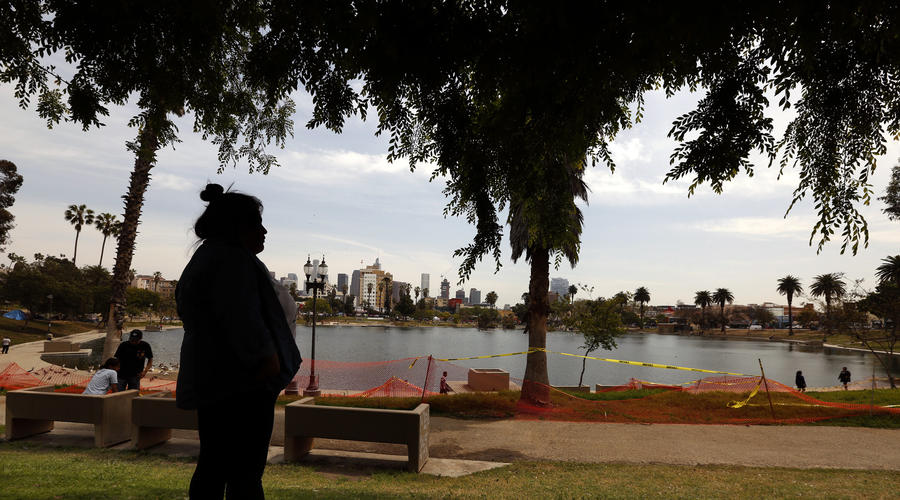 What it's like to be a teen in L.A. with a parent in the U.S. illegally

A 2013 USC analysis found that about 16% of children in Los Angeles County were U.S. citizens with at least one parent without legal status.These children now are feeling more anxiety than ever about the fate of their parents. Read the story » 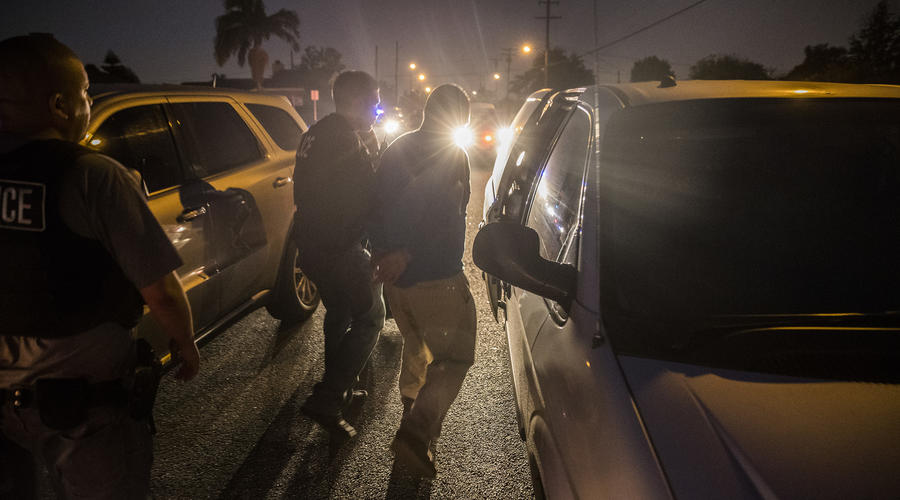 Amid fear and resistance, immigration agents in L.A. have not ramped up arrests

After receiving relatively little attention for years, ICE agents acknowledge that the atmosphere and politics of the job have become more fraught as they work under increased scrutiny from politicians and activists. Read the story » 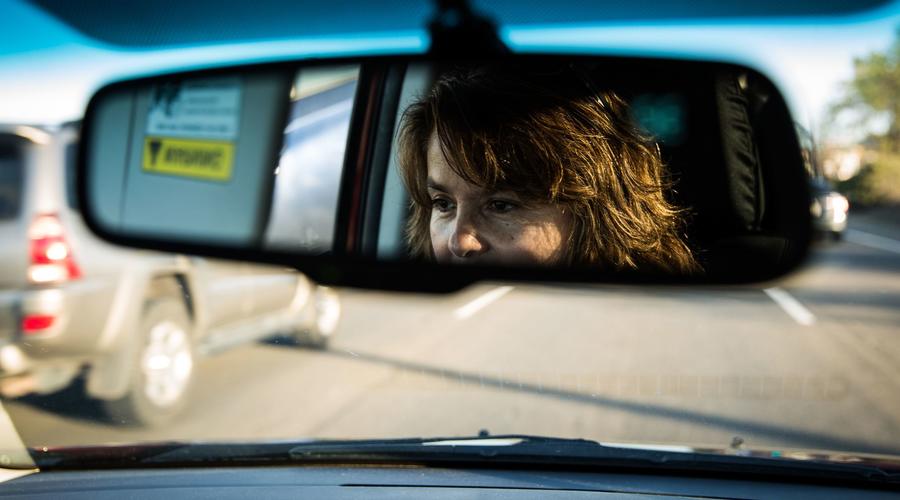 Giving driver's licenses to those here illegally transformed many lives. Then came Trump

By Benjamin Oreskes and Ruben Vives

Over the last decade, California has taken several steps to bring immigrants without legal status into the mainstream. But none of these steps has changed lives so profoundly and quickly as the decision two years ago to give driver’s licenses to immigrants here illegally. Read the story » 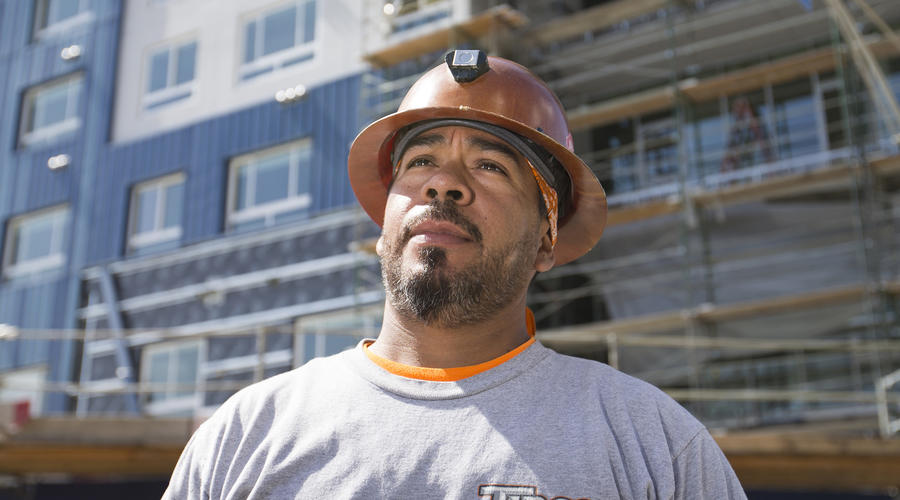 Construction in Los Angeles has shifted from a heavily unionized labor force that was two-thirds white to a largely non-union one that is 70% Latino and heavily immigrant. Read the story » 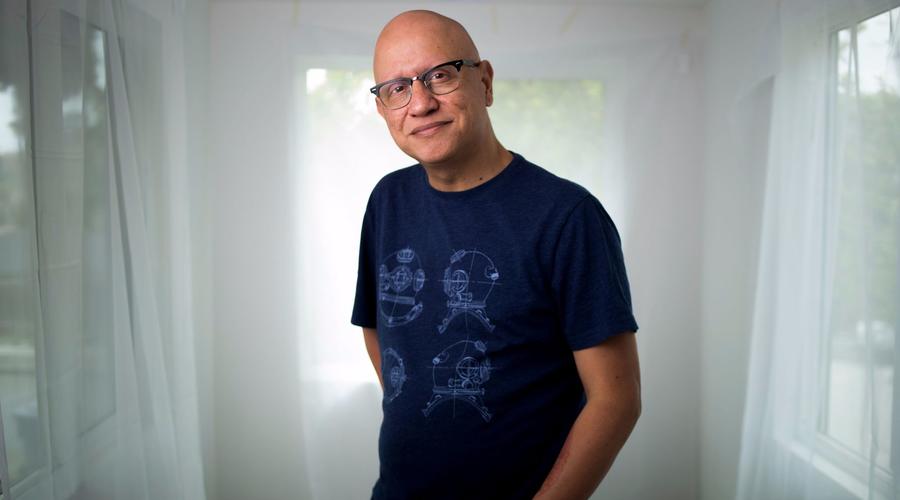 Trump wants immigrants to 'share our values.' They say assimilation is much more complex

President Trump's comments about the need for immigrants to fully embrace American culture has renewed a long-running debate that dates back generations. Read the story » 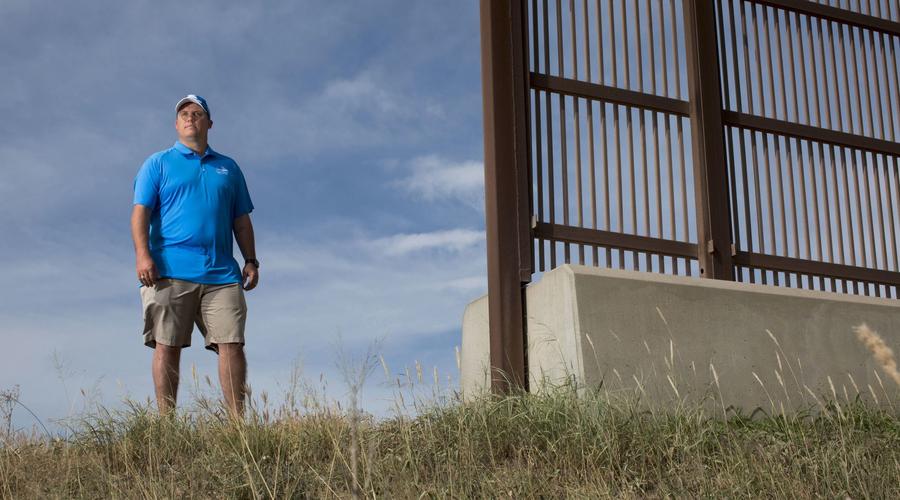 Trump promised a border wall. Now these Texans worry the government will take their land

President Trump's plan to build new sections of wall along the border with Mexico have sparked deep worry among a string of ranchers, farmers and others who own property across the Rio Grande Valley. Many have received letters telling them that the government intends to seize portions of their property to build the border wall, which landowners fear will change the character of their historic communities, cut off water access, stifle commerce and disrupt the movement of wildlife. Read the story » 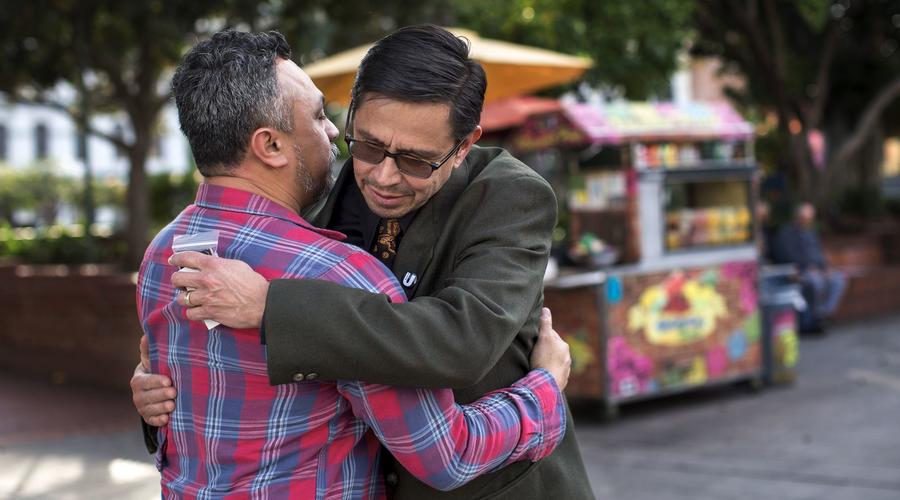 The presidential election was a few days away when Miguel Luna launched an online photo project that he called “the Power of U.” U stood for undocumented, and the idea was to share the stories of the formerly undocumented, and of their parents and grandparents. Luna thought people would proudly wear a U pin and he’d collect 100 stories by the end of 2016. Then Donald J. Trump won the presidency, and everything changed. Read the story » 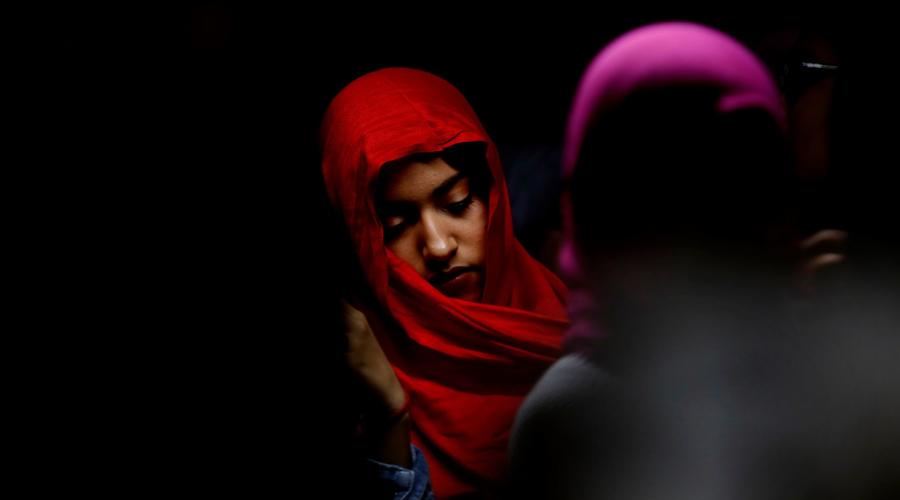 Like an invisibility cloak, Latina Muslims find the hijab hides their ethnicity — from Latinos

Latina Muslims are among the fastest-growing ethnic group in Islam and at the intersection of three demographics spurned during President Trump’s nascent administration: women, Muslims and Mexicans. “It’s a heavy dance. You are never really in one place. It’s like you never feel at home in either place,” said Eren Cervantes-Altamirano, a Toronto-based writer who converted to Islam 10 years ago and writes extensively on the challenges experienced by women who become Muslim. Read the story » 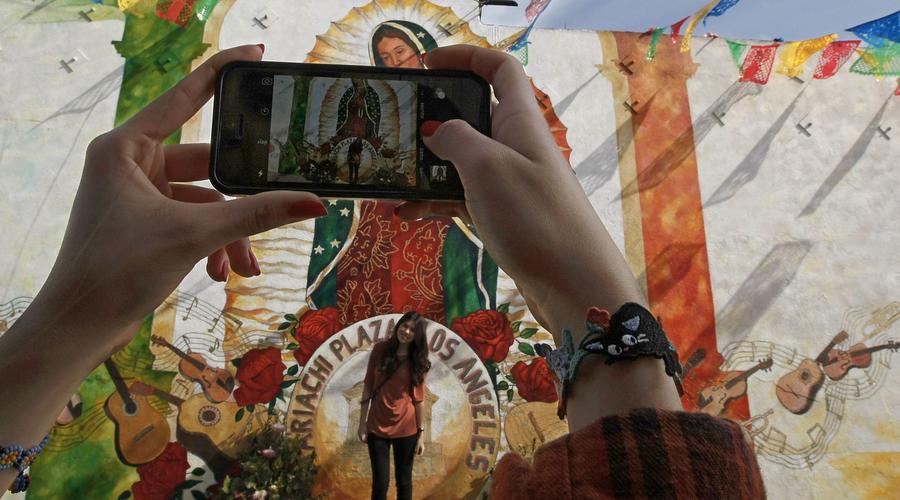 Boyle Heights for generations was an Ellis Island for immigrants entering America — both legally and illegally. They were Jewish, Japanese, Russian, Italian, Armenian. Eventually, most who came were from Mexico. Now, the talk of Trump is everywhere in the neighborhood. It’s mostly critical. And it’s tinged with anxiety and uncertainty. Read the story » 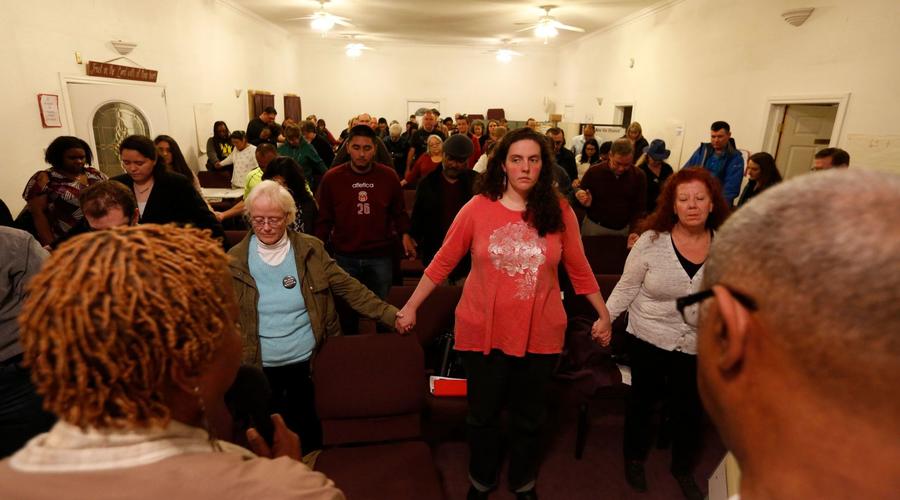 In a deep blue state where many oppose Trump’s rhetoric on immigration, churches have emerged as a key part of the resistance effort. The movement offers religious institutions and their members a chance to help those they feel deserve to stay. It’s part politics and part religious duty. Read the story » 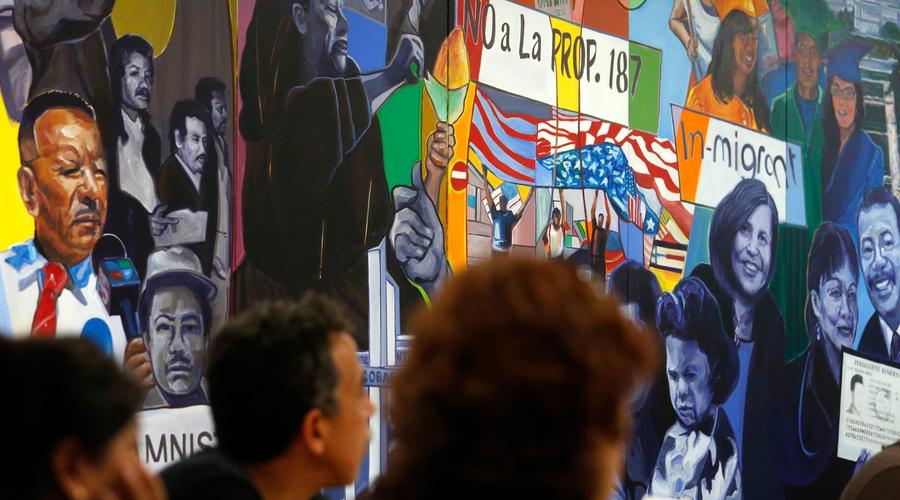 Immigrant advocates spread the word: Be prepared, be self-reliant, know your rights

Ever since President Trump was elected, people have been asking Pablo Alvarado: “If I get detained, you will protect me, right? You will help me so I don’t get deported?” The longtime immigrant-rights organizer increasingly answers, point-blank: Don’t count on it. Get ready to fend for yourself. “People have to act, he said. “They have to take the bull by the horns.” Read the story » 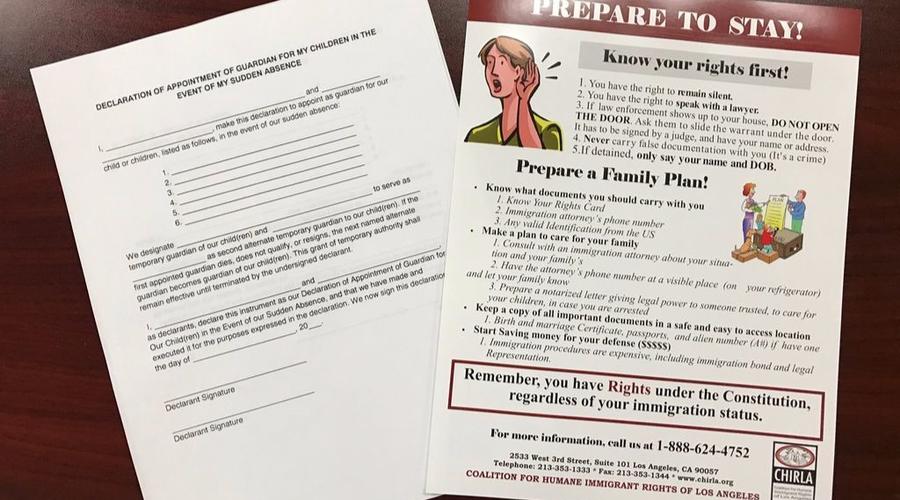 Parents ask: What happens to my child if I'm deported?

Since the Trump administration released its new immigration rules, immigrant rights groups have been grappling with an uptick in concerns. One of the most common: What happens to my child if I’m sent away? Read the story »