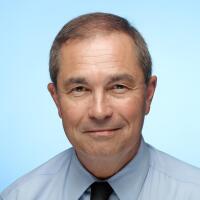 Mark Kellam is city editor of the Glendale News-Press and Burbank Leader. He joined Times Community News in July 2011 as the business-politics reporter and was promoted to city editor in January 2013. Previously, he was an editor at the Los Angeles Daily News and managing editor at Champion Newspapers in Chino, Calif. Prior to that, he was an editor at Amos Suburban Newspapers in Dayton, Ohio, for several years. Mark holds a bachelor’s degree in journalism from Indiana University.