Staffing shortages are requiring Burbank police officers to work well beyond their normal shifts, driving up overtime and burnout while bringing down morale and opportunities to advance, multiple police sources said.

In response to the staffing issue, police officials this week plan to present the City Council a “forward-thinking” recruitment plan, which includes accelerated testing for military personnel and sworn officers seeking transfers from other departments, as well as hiring more human resources employees to process and test applicants.

Police recruiting has become a problem statewide as agencies compete for applicants, interest in the profession wanes amid high-profile shooting cases, and better-funded departments offer incentives others cannot.

“These days it’s harder and harder to attract potential police officers to the field because of some of the publicity that’s been out there,” Councilman David Gordon said. “We’re going to have to look long and hard at what we can do to beef up our boots on the ground.”

That could be offering signing bonuses for lateral transfers from other police departments or streamlining the application process “because what we’ve been doing up to this point hasn’t worked,” said Councilman Jess Talamantes.

Burbank is budgeted for 160 officers, but just 128 are fully deployable. That’s because 12 positions are vacant, seven recruits are in the academy, 12 officers are either at home or on light duty due to injuries, and one officer is on leave.

Neighboring Glendale, by contrast, has six vacancies, while Pasadena is struggling to fill 19.

Vacancies mean longer hours and at least temporary career stagnation for those who’ve been promoted but cannot yet fully assume their new duties, police sources said.

On average in February, 20 12-hour shifts and six four-hour shifts per week were filled on an overtime basis to meet minimum staffing requirements.

That means officers must volunteer to work overtime, or they’ll be compelled to, as is the case with roughly 20% of those overtime shifts.

Meanwhile, crime and calls for service continue to rise. Burbank closed last year with a combined 9% spike in violent and property crimes.

See more stories from the crime and public safety desk >> 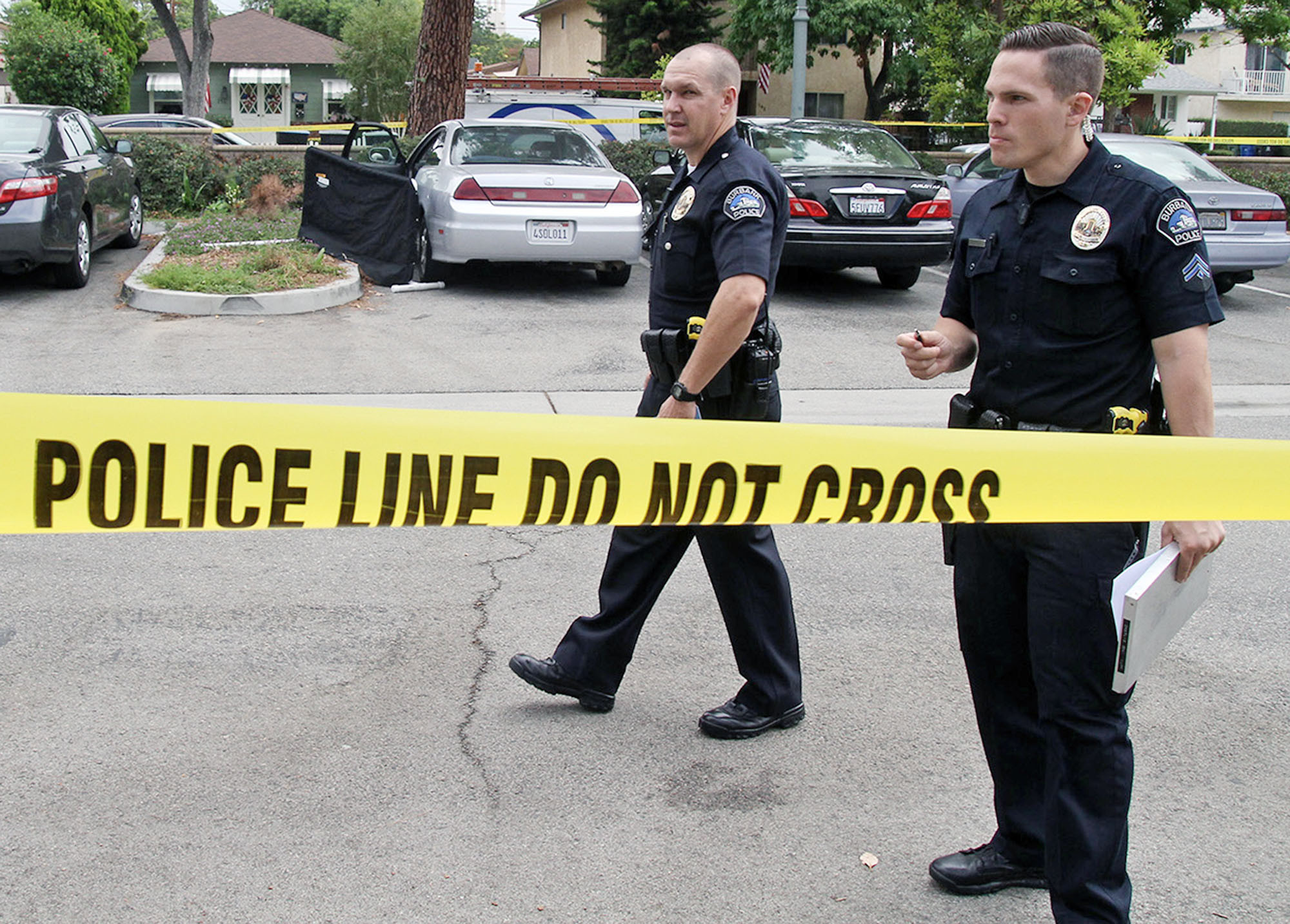 Burbank police officers investigate the scene where a dead body was found in a parked car in the Buena Vista Library parking lot on Friday, Aug. 7, 2015. (Photo by Ross A. Benson)

As an example of morale issues, Burbank officers noted that the staffing gap forced them to withdraw from what would have been their 25th Baker to Vegas Challenge Cup Relay, a 120-mile foot race popular with law enforcement nationwide. Burbank Police Chief Scott LaChasse, however, still attended.

Not all officers mind the extra work — or cash.

The agency spent nearly $4.4 million last year on overtime, a large chunk of which went to those who worked on holidays or reported for mandatory court appearances. An additional $403,508 was reimbursable, like when film studios hire officers to work on set.

By contrast, in 2012, when the agency was down about a half dozen officers, the city spent $3.2 million on overtime, including nearly $400,000 in reimbursable pay.

“It’s discouraging for us to be in the position we’re at with staffing as it is, to have officers actually leaving to go to other organizations,” Hawver said.

LaChasse said they made the switch for lifetime medical coverage not offered in Burbank.

Historically, officers said, Burbank has been a draw for cops looking to transfer from larger, neighboring agencies for higher compensation, quality of life and specialized assignments.

But currently nine employees promoted to detective are still working officer assignments because of the staffing shortages, leaving 16 detectives to handle the workload of 25. Meanwhile, one sergeant is still working a detective assignment.

It’s alarming, and it should be alarming to the public. You have to have police officers available to respond to 911.

Some criticized management for failing to plan for impending retirements.

“I can’t ever, ever remember a time when it was this difficult to fill spots or us ever being as understaffed as we are now,” said one Burbank police veteran, who requested anonymity.

Staffing could get even tighter. Twenty-seven sworn employees are eligible to retire.

But in the last five years, the agency has successfully hired 43 police officers and plans to hire at least 15 recruits this year, according to a city report.

Police officials say this is Burbank’s fourth wave of recruiting deficits in four decades; the others mainly stemmed from hiring sprees that later led to corresponding sprees of retirements. In May 2005, for example, 18 of 168 authorized positions were vacant, according to a city report.

To Councilman Will Rogers’ surprise, the agency just recently implemented “anticipatory recruitment,” which involves searching to replace candidates who are expected to retire but haven’t yet turned in their papers.

“That strikes me as a belated change in policy,” Rogers said. 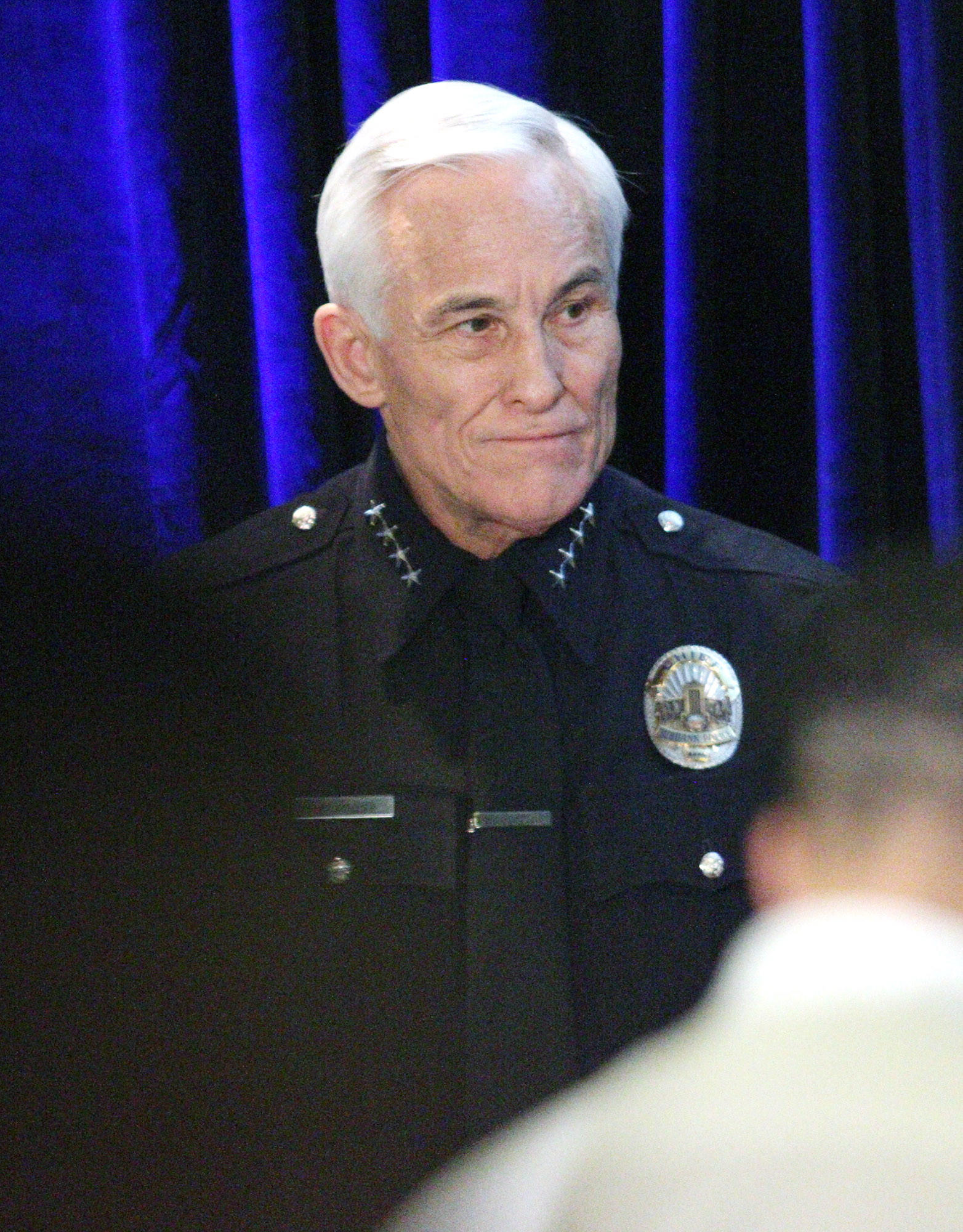 Agencies throughout the region struggling to fill their ranks point to the intense public scrutiny on law enforcement following officer-involved shootings.

“Folks are going elsewhere,” Hawver said of other career paths. “It’s alarming, and it should be alarming to the public. You have to have police officers available to respond to 911.”

Downey, a city of about 114,000, is authorized to staff 111 sworn personnel, but just 101 are fully deployable, according to Police Lt. Leslie Murray.

Costa Mesa, another city of comparable size, lost 29 sworn positions in recent years, leaving 136 positions, just 104 of which are fully deployable because of vacancies and injuries, according to Police Lt. Ed Everett.

“We’re all experiencing a dearth of qualified candidates,” LaChasse said.

But at a recent community meeting, Burbank Police Lt. Eric Deroian said that out of every 700 applicants, the agency might get two who pass the rigorous application process, which includes written and physical agility tests, as well as an oral interview and an extensive background check.

And if they make it that far, candidates must still complete a six-month academy before they can hit the streets.

When told there’s a perception within the agency that management has passed over cadets and other qualified applicants, LaChasse pointed to the thorough vetting process.

“What we’re anxious to do is recruit somebody that’s truly going to be the right investment for the next 30-year period,” LaChasse said. “What we don’t want to do is buy potential liability.”

Alene Tchekmedyian covers the Los Angeles County Sheriff’s Department. She previously wrote about the county’s criminal courts and breaking news throughout California. Before joining The Times in 2016, she reported on crime and policing for the Glendale News-Press and Burbank Leader. She grew up in Huntington Beach and graduated from UCLA.