The Young Artist Awards hands out golden statuettes in categories familiar to anyone who has taken in a Hollywood awards show.

But unlike events such as the Academy Awards, whose voting procedures are largely known, the way the YAA selects its nominees and winners is almost entirely opaque.

Anyone can submit footage of child actors’ performances to the YAA so that they may be considered for a nomination — and some kids’ parents are the ones doing it.

That’s unlike mainstream awards shows, which do not rely on such open calls. For the top-tier ceremonies, studios run expensive “for your consideration” campaigns to persuade voters of an actor’s or project’s merit.

But major studios including Warner Bros. said they do not put up performers for consideration by the Young Artist Awards.

It’s also not clear who is selecting the Young Artist Awards’ nominees and winners.

George Tangalos, the president of the board of directors that oversees the YAA, said that a group of as many as 400 people has “voting status,” but he declined to name any of them.

“I am afraid you could call it a secret group, but I am sure they would be glad to tell you their names and not sound so sinister and conspiratorial,” he said. “Could I name a few? Please, don’t ask me. I wouldn’t be able to name other than a few people that I know.”

Other people involved in the YAA, including board member Paul LeClair and Canadian ambassador Adam Nicholson, also would not divulge the identities of the people who vote.

“We can’t give names of the people who do the voting — it’s a privacy situation,” said LeClair, though he added that the voters are “active in the entertainment industry.”

The YAA gave out awards in 46 categories this year (excluding special prizes). Since 2010, when the ceremony had 25 categories, the event has nearly doubled the number of awards it gives.

Five new categories were added to this year’s ceremony, for which tickets cost as much as $250. Among the new awards were ones for the best performance of an actor or actress in a TV commercial and the best young ensemble cast in a Web or VOD series. 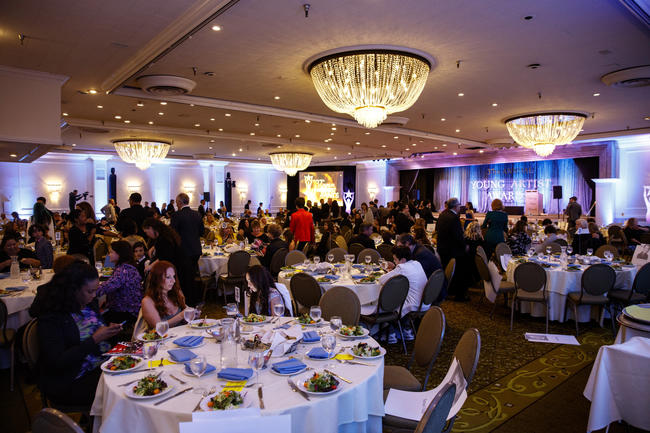 A nomination for a Young Artist Award seems to bestow glamour, but what awaits at the ceremony and afterward isn't necessarily anyone's showbiz dream.

R.J. Lynn, the show’s former technical director, believes that current organizers have increased the number of awards categories as a way to generate more revenue. This year’s ceremony drew roughly 550 people, which was a record, according to YAA officials.

“The easiest way to sell more tickets is to sell them to people who are nominated,” said Lynn, who parted with the group in 2014 after a dispute with its leaders and is now involved with a competing event.

The board said in a statement that the YAA has added categories to reflect “the explosion of new media and distribution of digital content.”

It also said that the show is in the process of being restructured.

“We are currently streamlining our categories — adding new relevance and deleting others,” the board said.