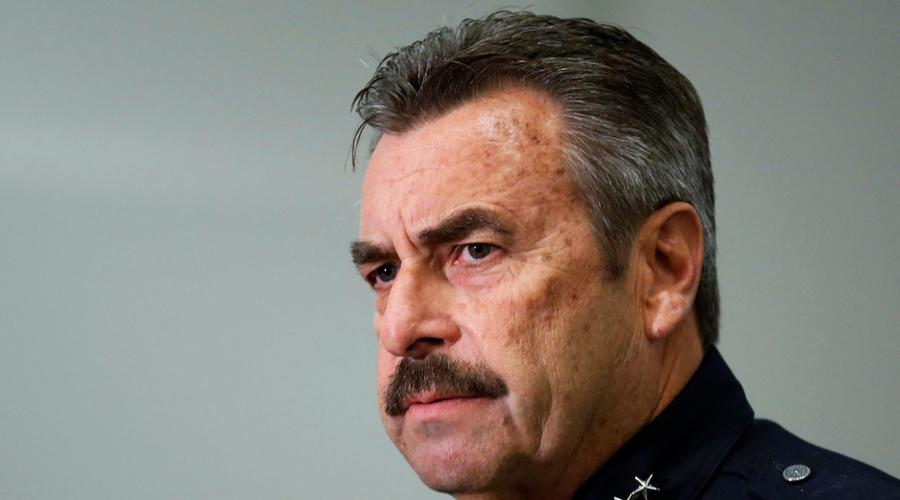 Young LAPD officers barely remember 1992 riots, but work in a department shaped by the unrest

By Richard Winton and Cindy Chang

A quarter-century after Los Angeles descended into chaos, many young LAPD officers have a child's memories of the riots, or no memories at all. Yet these officers work in a department profoundly shaped by its missteps during that time. Read the story » 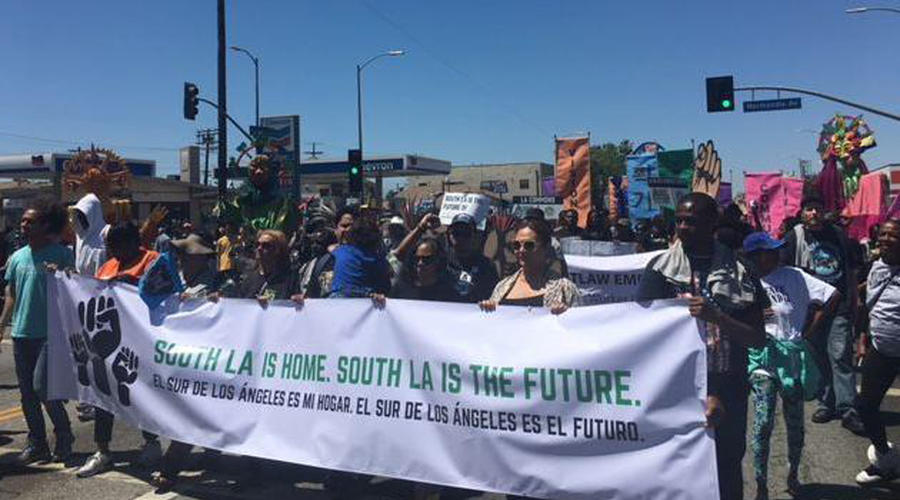 Community rallies to mark 25th anniversary of the L.A. riots

Hundreds of residents, activists and community leaders marched through the streets of South Los Angeles on Saturday to commemorate the 25th anniversary of the 1992 Los Angeles riots. Read the story » 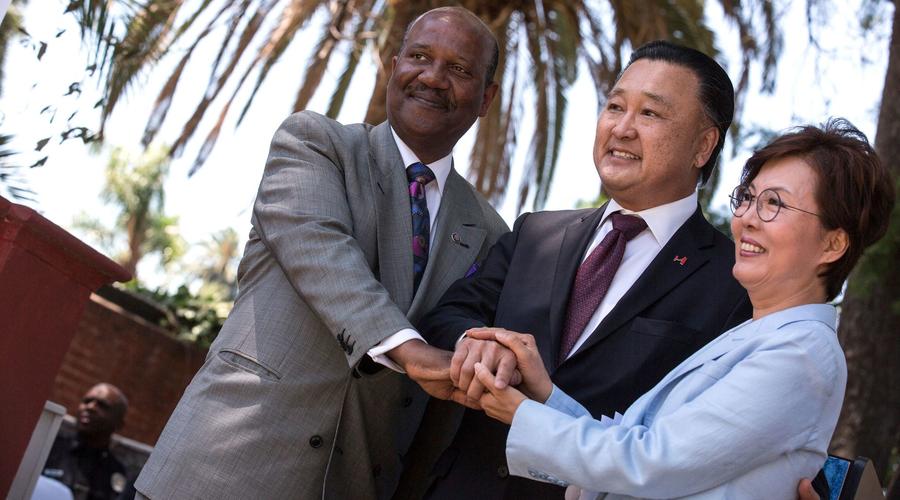 By Sarah Parvini and Victoria Kim

The First African Methodist Episcopal Church is the home of the oldest black congregation in L.A. City officials and members of the African American and Korean communities gathered there to mark the 25th anniversary of the riots. Read the story » 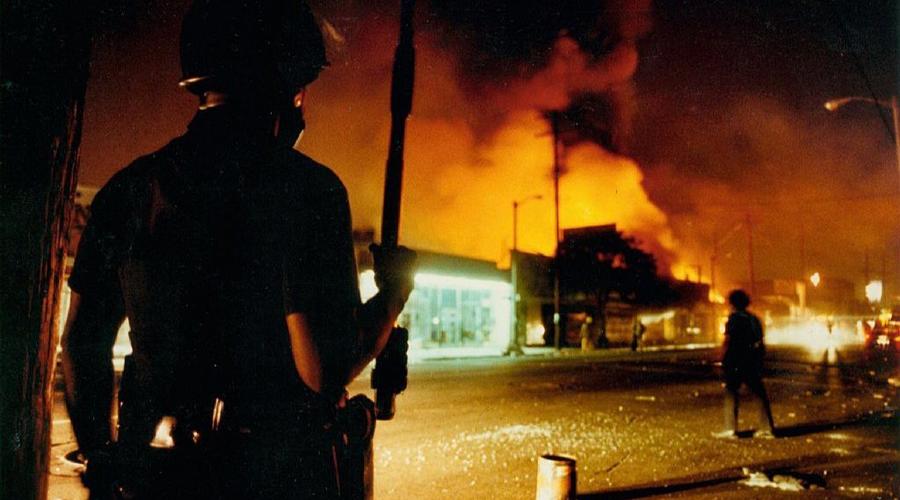 Understanding the L.A. riots and where the city still has to go

By Albert Lee and Robert Meeks

Los Angeles area authors, journalists and officials recount the days after the verdicts in the Rodney King beating case and discuss the impact on L.A. communities. Read the story » 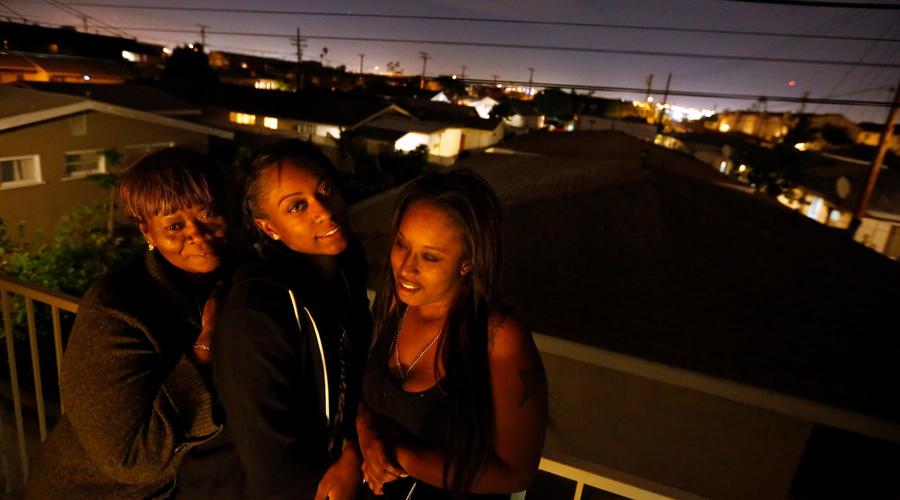 As L.A. riots raged, she was shot before she was even born. Now 25, she embodies survival and resolve

During the riots, a bullet hit Jessica Evers while she was in her mother's womb. 'I could’ve not been here,' Evers says. 'I just want to help people do the right things in life.' Read the story » 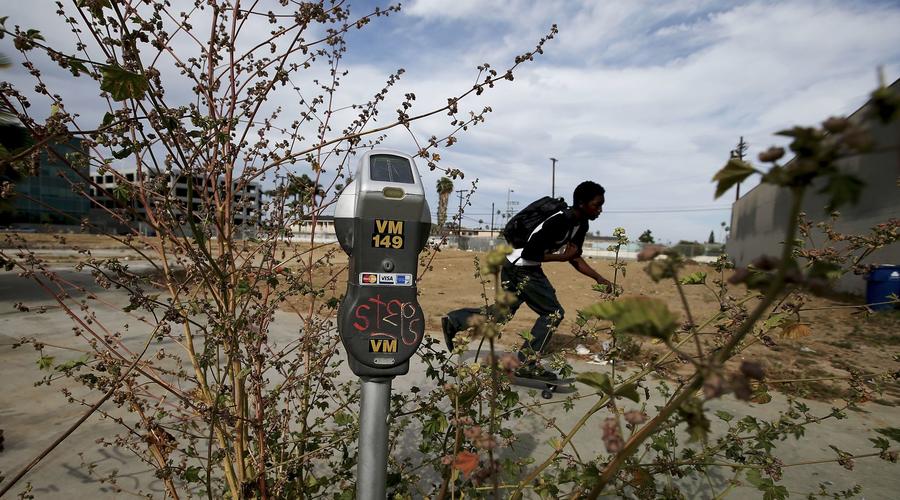 When riots engulfed South Los Angeles, a site on Western Avenue went up in flames. Burned beyond repair, the building was torn down. And nothing has arisen since. Read the story » 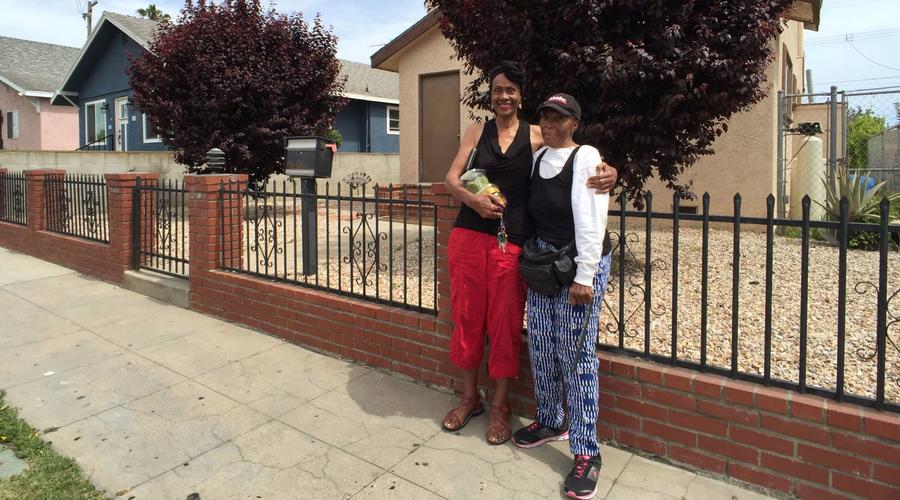 As gentrification pushed blacks out of a seaside enclave, some used the Rodney King verdicts as an excuse to push back

Tiny Oakwood had been the only L.A. beachside community where blacks were allowed to purchase homes after Venice was built in the early 20th century. On April 29, people broke the windows of modest homes owned by relatively recent white arrivals. Read the story » 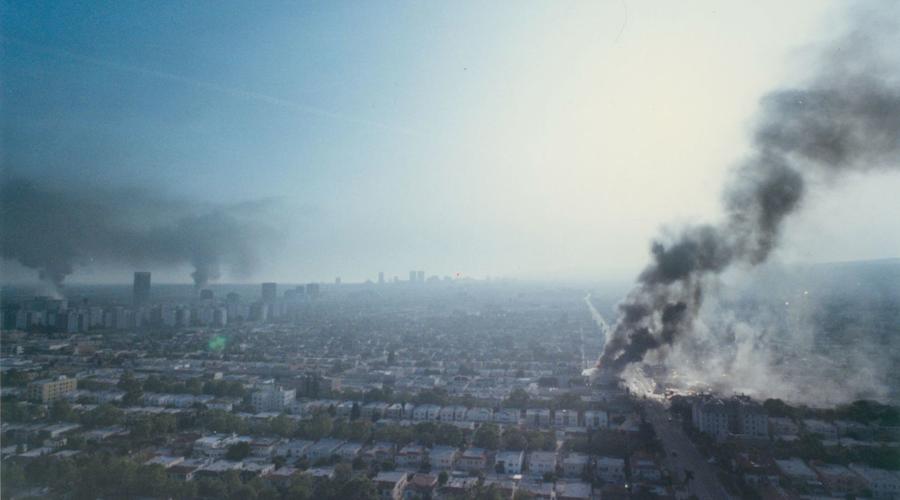 At Dodger Stadium, players would go on to take batting practice. Some watched the TV news. But once the game began, people in the stadium were initially shielded from the scope of what was unfolding in many L.A. streets. Read the story » 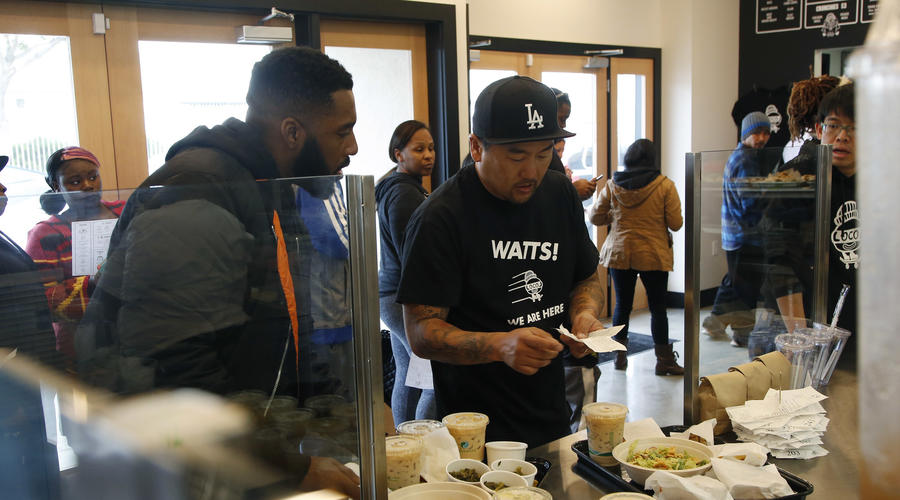 How did the riots transform L.A.? And has the city changed enough?

Southlanders caught up in the riots and their aftermath offer assessments of what happened next. Read the story » 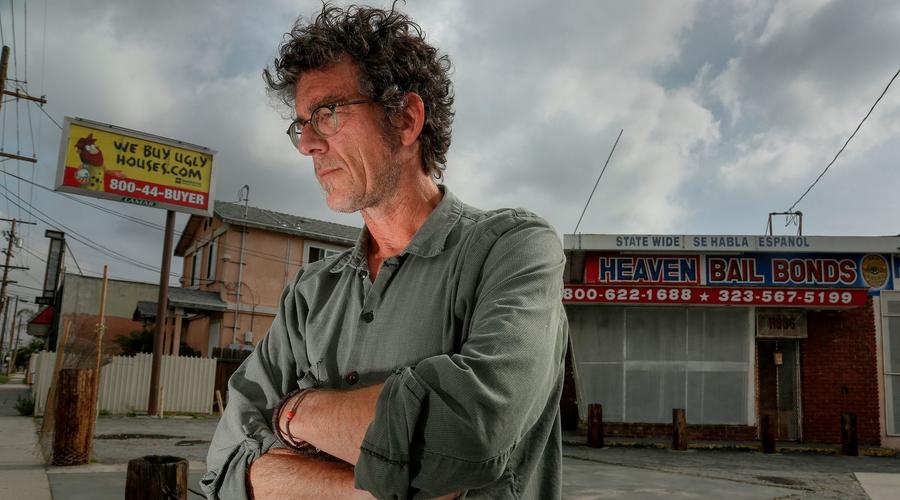 Of the 63 people killed during '92 riots, 23 deaths remain unsolved — artist Jeff Beall is mapping where they fell

By Carolina A. Miranda

How artist Jeff Beall is mapping the sites of the uprising’s 23 unsolved deaths. Read the story » 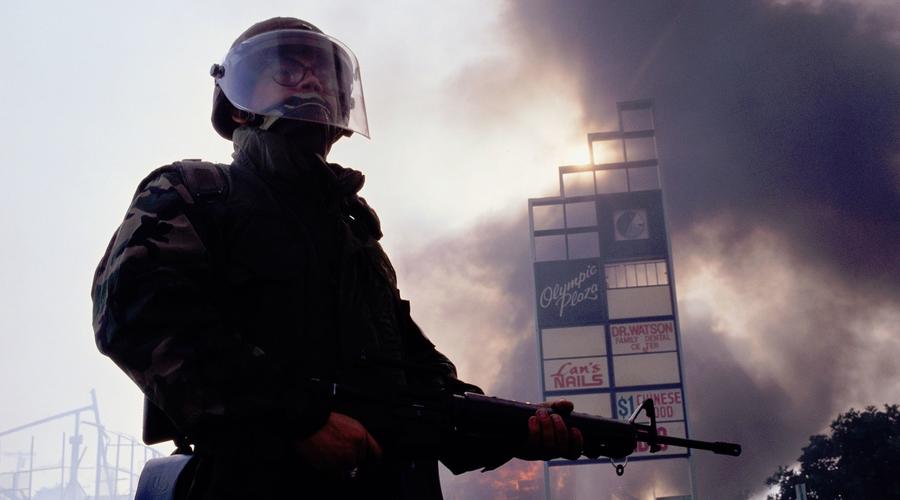 Race relations had hit a boiling point and Los Angeles had exploded, the TV announcers said. Local newscasters we’d grown up with appeared as shocked as we were. It was Angelenos talking to Angelenos — reporters whose names you knew, covering a city they knew, with an army of camera crews. This was a family tragedy. Read the story » 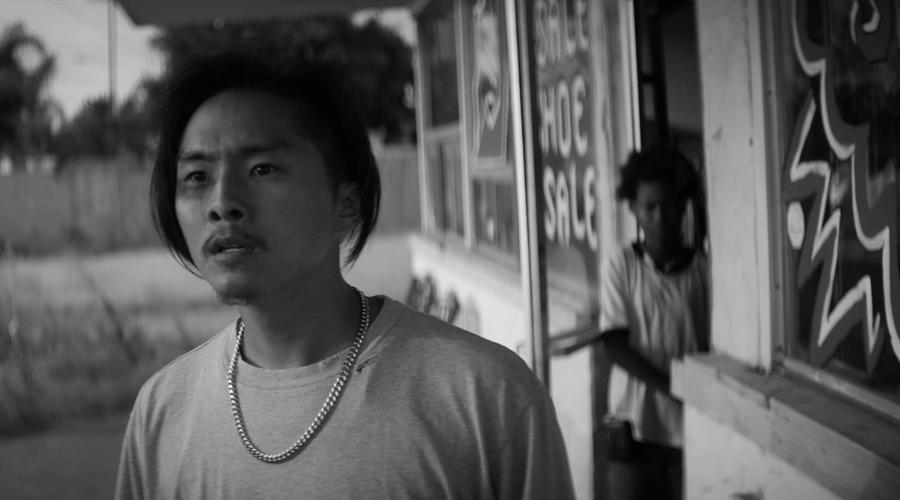 Edward Jae Song Lee was a month away from celebrating his 19th birthday when he was killed in the 1992 Los Angeles riots, caught in a crossfire of bullets reportedly while attempting to defend a Koreatown pizza parlor from looters. Lee’s mother saw her son’s body, lying on the sidewalk near 3rd Street and Hobart Boulevard, in a black-and-white photograph in the Korea Times the next day. Read the story » 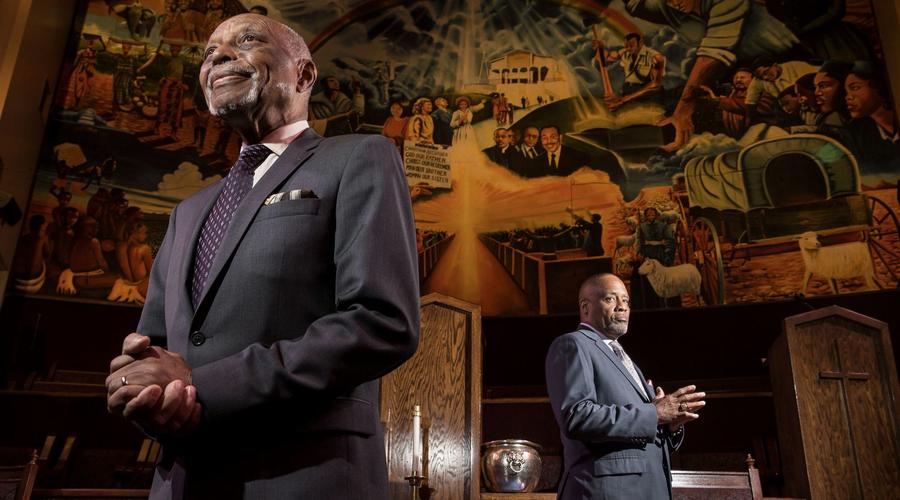 He tried to cool a city's anger, only to watch helplessly as it burned during the 1992 riots

Three days before the rioting began, the Rev. Cecil L. Murray of the First African Methodist Episcopal Church took to the pulpit for his Sunday sermon. “Be cool. Even in anger, be cool,” he implored. "And if you're gonna burn something down, don't burn down the house of the victims, brother! Burn down the Legislature! Burn down the courtroom!” Read the story » 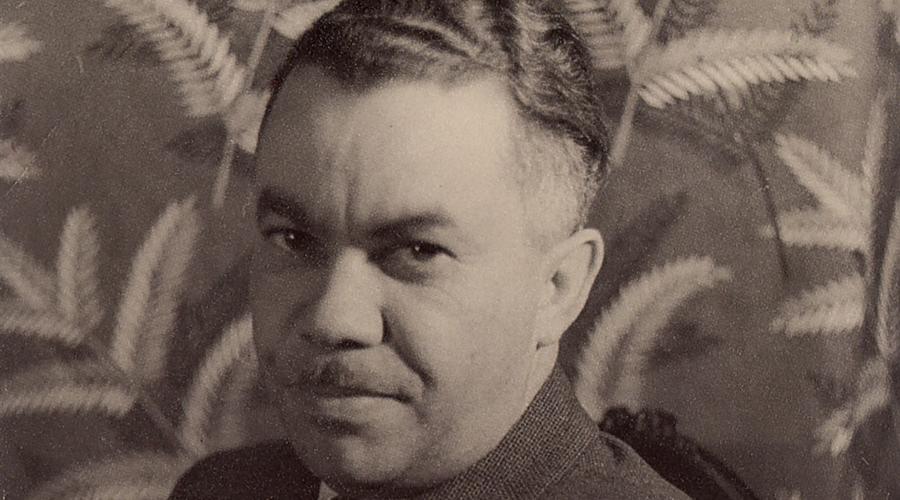 The late architect, the first African American to win the AIA Gold Medal, is slow to gain national renown partly because much of his archive burned in L.A. riots 25 years ago. Read the story » 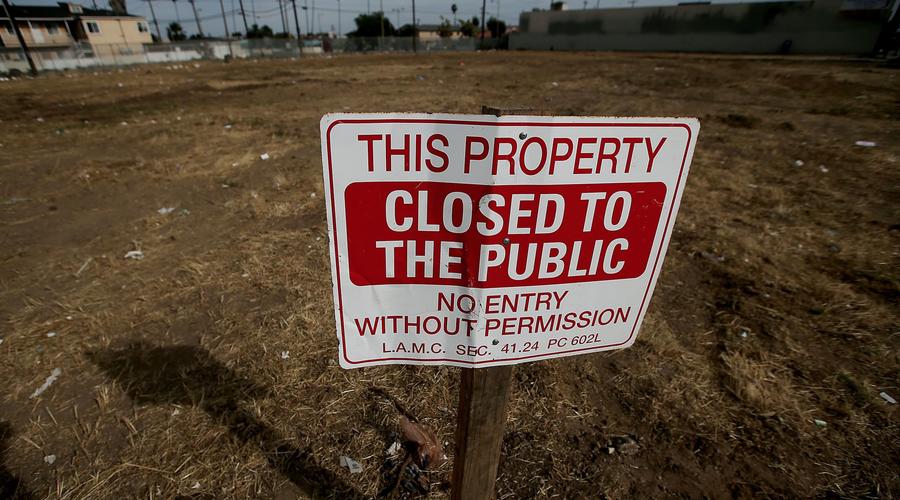 On the 25th anniversary of the Rodney King riots, Los Angeles is glowing with racial amity — and festering with economic disparity. We all are getting along just fine, it seems, and by the way, many of us are very poor, even though we work as hard as we can. Read the story » 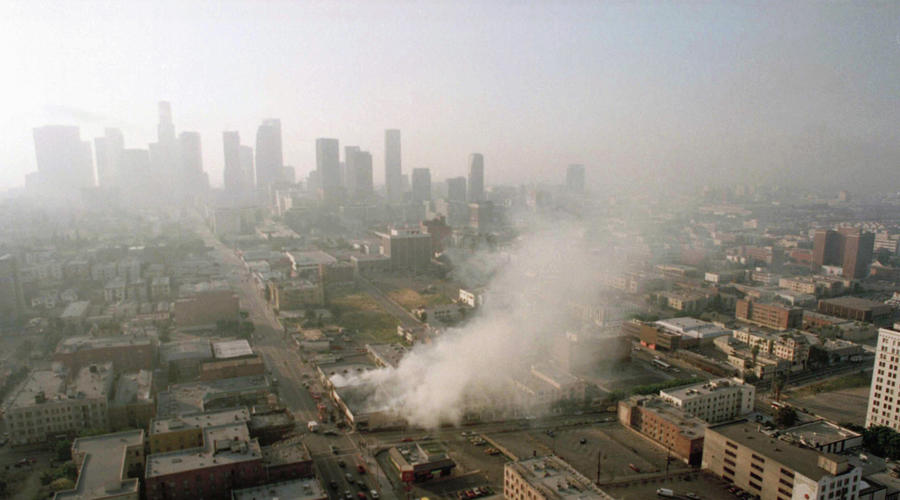 The chief’s promise: The LAPD will never fail the city again

Los Angeles Police Chief Charlie Beck, who was a sergeant in the LAPD in 1992, reflects on the LAPD's role in the riots. Read the story » The riots that consumed Los Angeles 25 years ago had many causes — grinding poverty and hopelessness in South L.A., a police force with a reputation for treating minorities poorly, the not guilty verdict against the white officers who beat beating Rodney King. But police tactics — or lack of them — in the crucial hours when the rioting began are also considered a major factor in why the city burned for three days. Read the story » 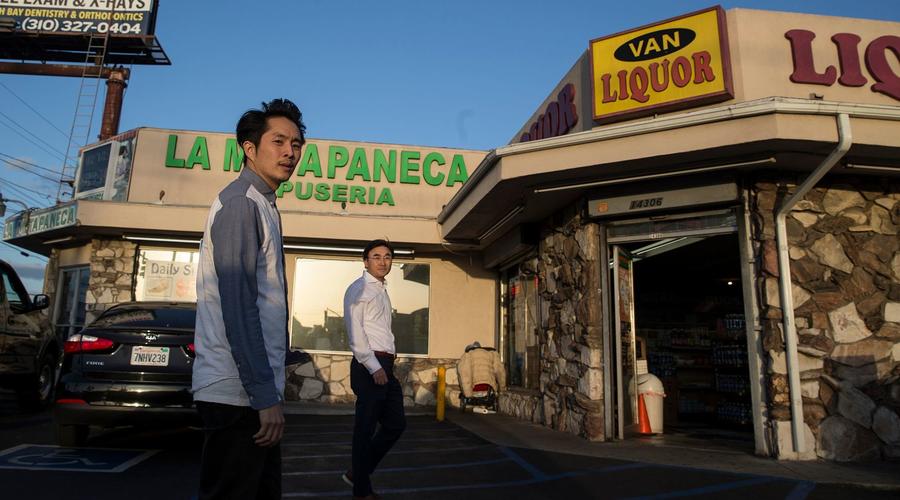 They were kids in 1992. Here's how two Korean Americans are telling the story of the L.A. riots

They were confused and scared, unsure of why their parents and all they had worked for had become targets of so much rage, or why they heard little to nothing of their Korean friends and neighbors’ experience of the riots in the ensuing years. Read the story » 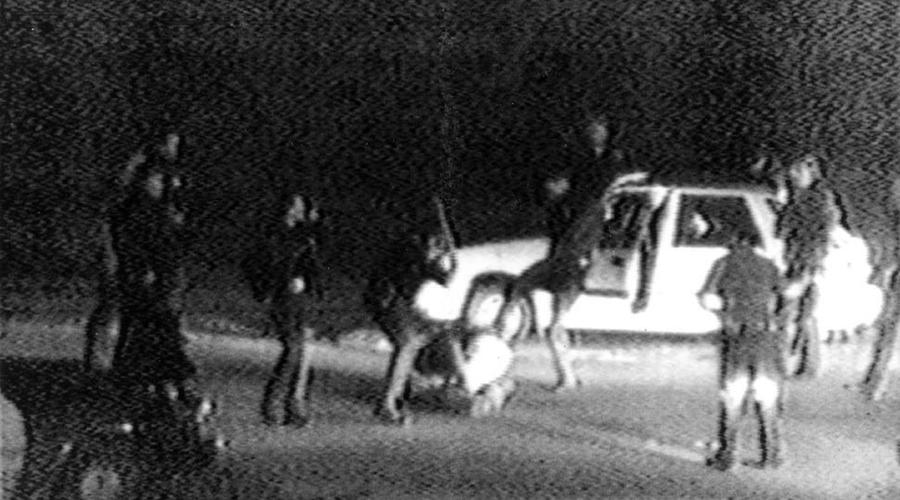 Editorial: The violence of 1992 and the acrimony of today were born with the videotaped police beating of Rodney King

By The Times Editorial Board 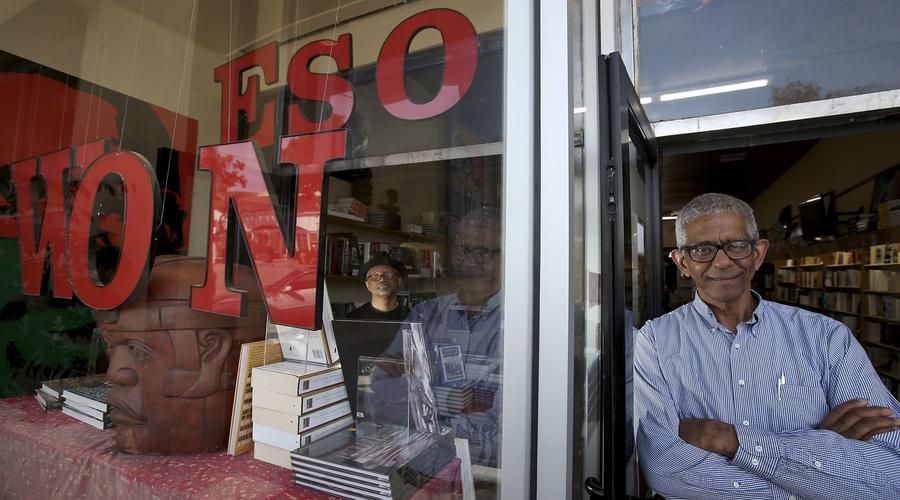 25 years after riots, South L.A. still waiting for its renaissance

The 4300 block of Degnan Boulevard in Leimert Park has a look of faded glory, with its shuttered storefronts and stalled promise. Like so many parts of South Los Angeles, this is not what anyone would have hoped for when, a quarter of a century ago, the uprising in the Rodney King cop-acquittal case raised hopes of better days. Read the story » 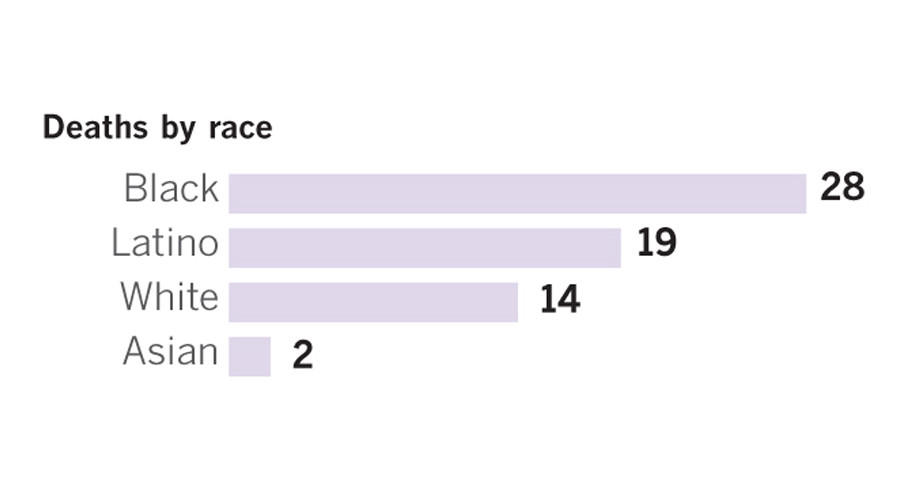 L.A. riots by the numbers

Deaths. Properties damaged. And in the riots' aftermath, changing demographics in the city and its police force. How the numbers tell the story. Read the story » 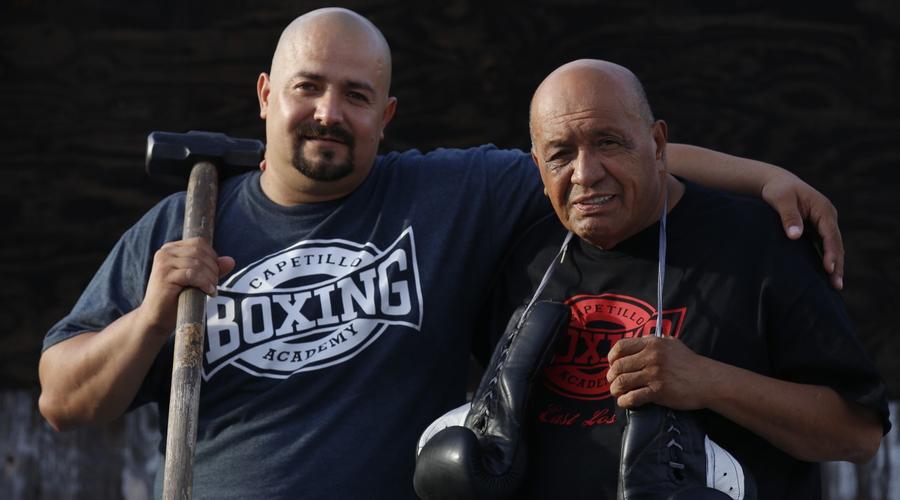 By Victoria Kim and Melissa Etehad

A majority of Angelenos think another riot is likely in the next five years, and the number has increased for the first time after two decades of steady decline. Young adults ages 18 to 29, who didn’t directly experience the riots, were more likely than older residents to feel another riot was a possibility. Read the story » 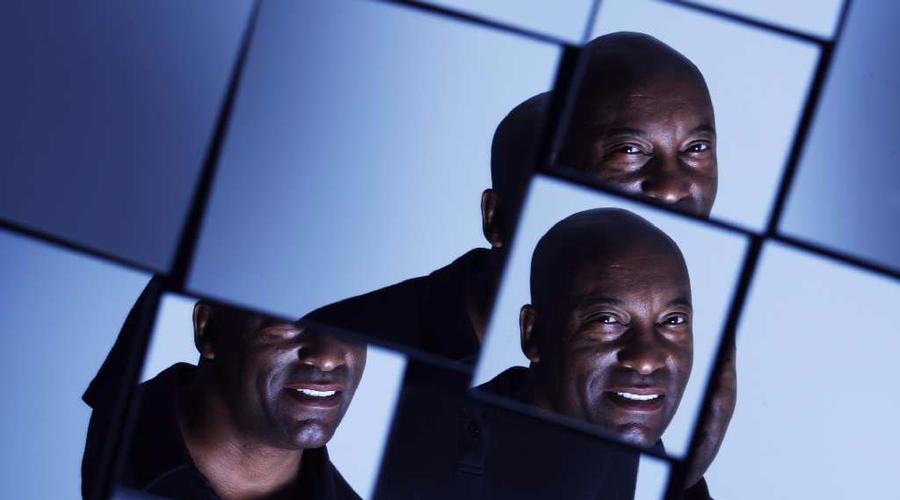 Filmmaker John Singleton is executive producer of A&E’s documentary “L.A. Burning: The Riots 25 Years Later,” which airs Saturday and Monday. Singleton also appears in the film and brings to it the sensibility of a filmmaker, a South L.A. native and a man who was there as it happened. Read the story » 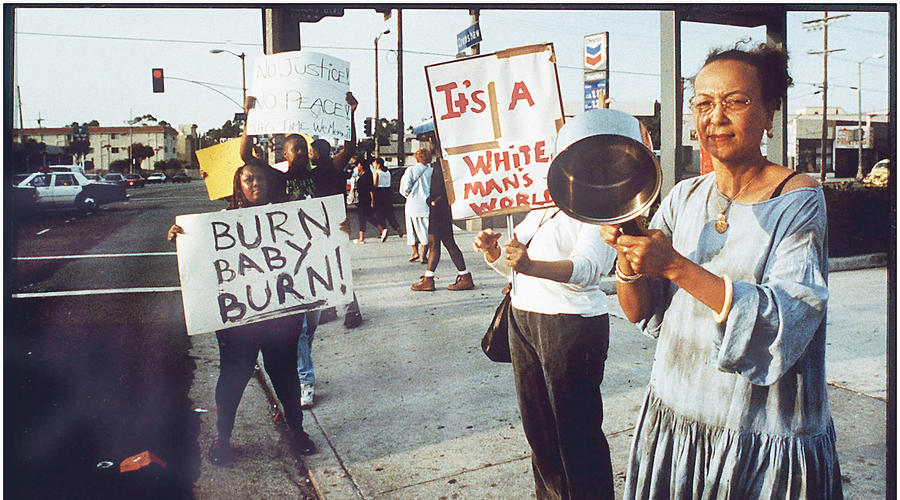 After the announcement of the acquittals of four LAPD officers in the beating of Rodney G. King, Los Angeles convulsed with five days of violence. The flash point was a single intersection in South L.A., but in the hours and days that followed, the unrest spread to many parts of the city. Read the story » 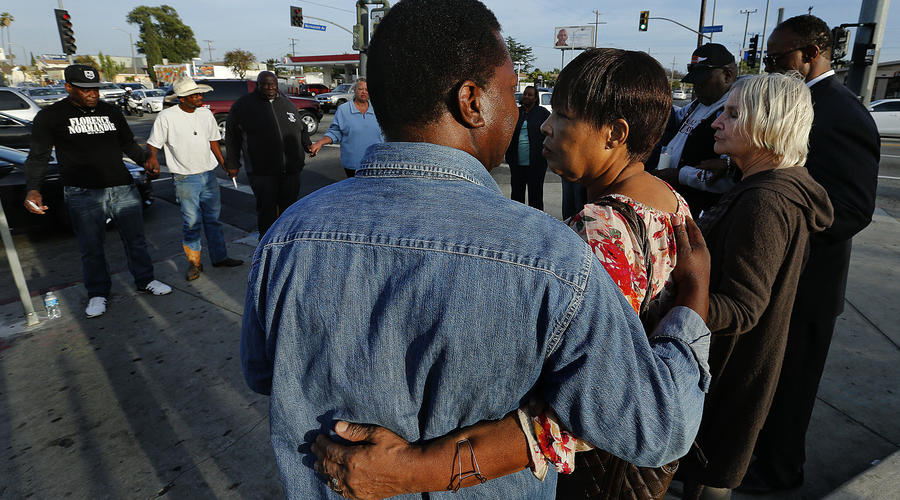 At the corner of Florence and Normandie, marking causes of L.A. riots: 'It's important to remember what started it'

By Angel Jennings and Matt Hamilton

When angry mobs erupted in violence across Los Angeles 25 years ago this week, two names were commonly invoked by those in the streets. One is well-known: Rodney G. King, the black man beaten by a group of baton-wielding police officers. King survived his beating. Latasha Harlins, the other person invoked by looters, did not survive her injuries. Read the story » 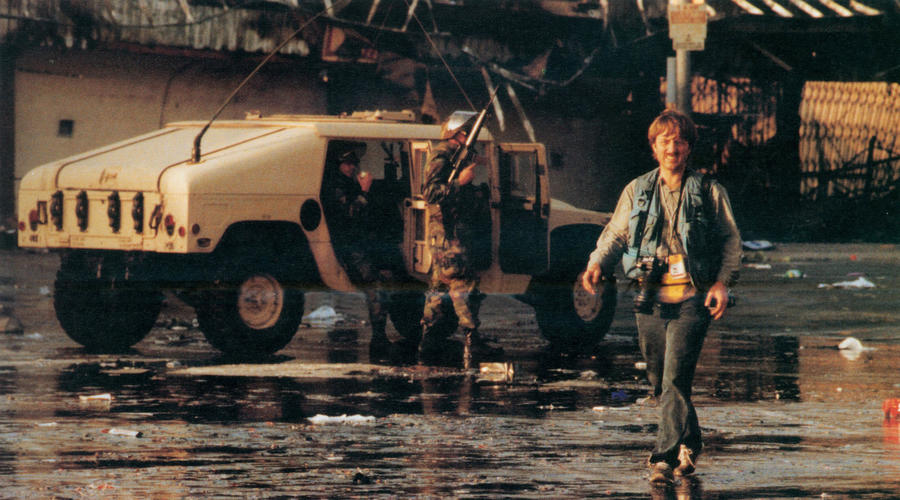 From the Archives: L.A. Times staff covering the 1992 riots

Following the 1992 Los Angeles riots, the Times-Mirror Co. employee publication Among Ourselves published a special edition on the Times coverage. Read the story » 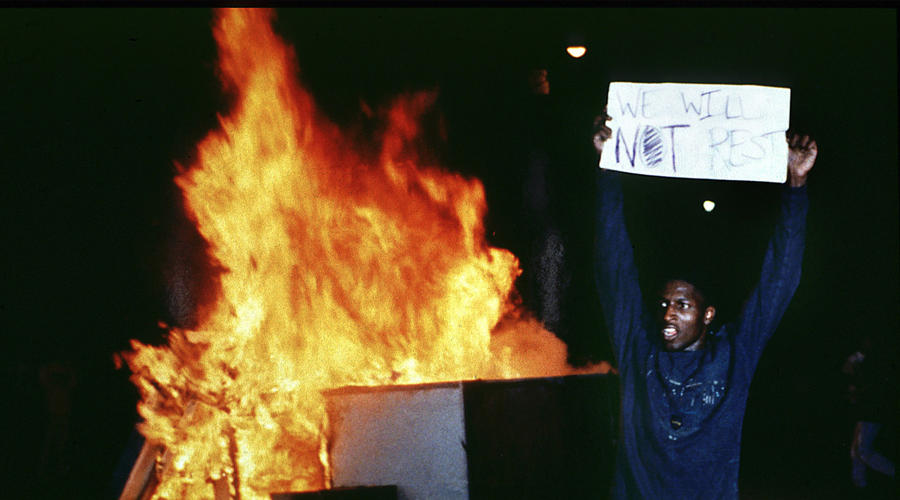 A conversation between three black men at the Los Angeles Times: Kirk McKoy, a photographer who covered the events in Los Angeles after the not guilty verdict in 1992 that set off rioting, and two young writers who are still new to the Los Angeles Times staff: Tre’vell Anderson and Dexter Thomas. Read the story » 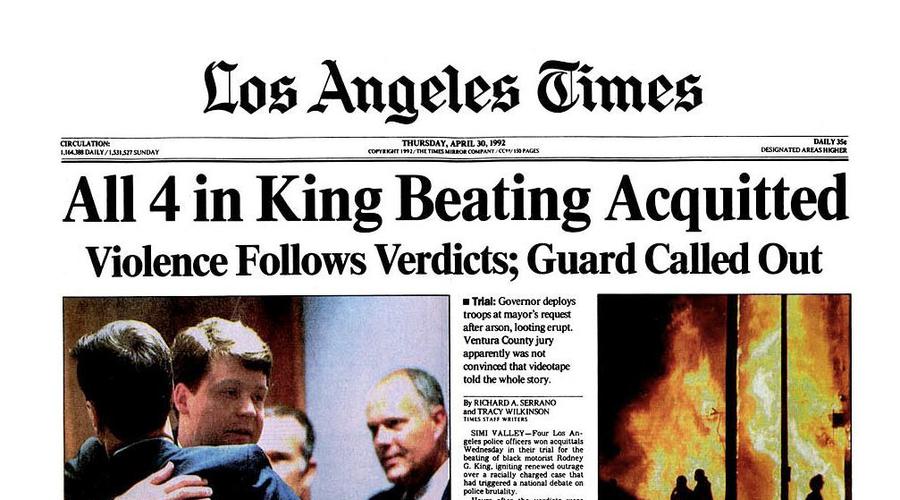