Veterans are far more likely to die of suicide and in accidents &#8212; a trend largely unstudied until recently.

Veterans are far more likely to die of suicide and in accidents — a trend largely unstudied until recently. 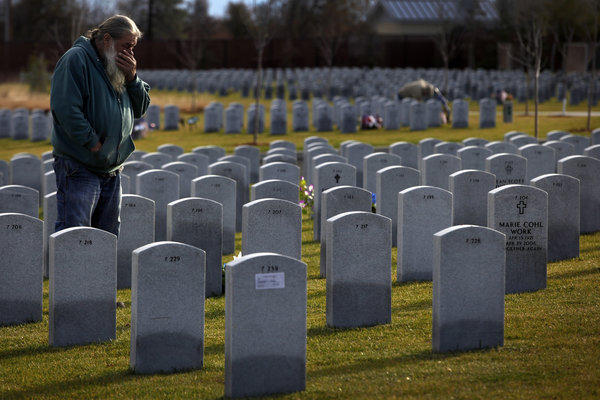 Mark Tyree Sr. visits his son's grave. "I grieve every day now," he said. "I don't want it to go away." More photos

Veterans are far more likely to die of suicide and in accidents — a trend largely unstudied until recently.

The 25-year-old Marine veteran drank heavily and drove fast — often at the same time. Tyree had walked away from two serious accidents that demolished his cars.

On a foggy November morning in 2011, he slammed his pickup truck into a power pole, became tangled in a power line and was electrocuted.

"He was so reckless at times," said his father, Mark Sr. "He had no fear whatsoever."

Tyree belonged to a generation of young veterans whose return to civilian life has been marked by an unusually high death rate, primarily boosted by accidents and suicides. 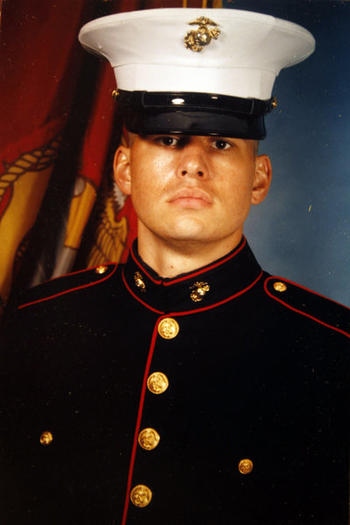 Mark Tyree, a Marine Corps veteran who did a tour in Iraq, is buried in the Northern California Veterans Cemetery. More photos

The death rate for California veterans under 35 surpasses that of both active-duty service members and other civilians of the same ages, according to a Times analysis of state mortality records.

A 27-year-old in San Diego crashes his motorcycle at 100 mph while drunk. A 32-year-old hooked on heroin overdoses in a restaurant bathroom in Tarzana. A 28-year-old in Humboldt County shoots himself in the head in front of his best friend.

When viewed together, however, patterns emerge.

Veterans were more than twice as likely as other civilians to commit suicide. They were twice as likely to be a victim of a fatal motor vehicle crash and a quarter more likely to suffer other deadly accidents.

The phenomenon has been largely unstudied by the government, which has concentrated its research on active-duty service members.

Researchers say the government now needs to systematically track the lives and deaths of veterans to understand the long-term effect of the wars in the Middle East.

"These are young, skilled people," said Michael Schoenbaum, an epidemiologist at the National Institute of Mental Health who studies mortality patterns in the Army. "They have families. They served their country. We have an obligation to their well-being."

In peace time, young veterans have a relatively low mortality rate, thanks to the "healthy soldier effect" — a phenomenon that springs from the military's recruitment of the strong and rejection of those with physical and mental problems.

In the wake of war, however, researchers have noticed increases in certain types of death. 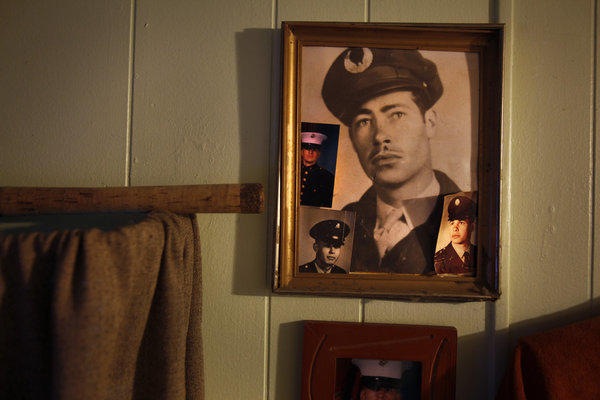 On the wall of his home, Mark Tyree has hung photos of himself, his father, his deceased son, and his brother -- all military veterans. More photos

In 1987, a government study found that veterans who had served in Vietnam were 62% more likely to die during their first five years as civilians than other veterans of the same era who did not serve there. Motor vehicle accidents, suicides and drug overdoses were the major reasons for the disparity.

Researchers found a similar pattern in the six years after the 1991 Gulf War, noting that rates of fatal motor vehicle crashes were 19% higher for veterans who had been deployed there than for those who had not.

To look at the fates of the latest veterans, The Times analyzed data covering all 42,734 deaths of adults under 35 between 2006 and 2011 in California, home to more veterans than any other state. The analysis adjusted for demographic differences between veterans and civilians to ensure a relevant comparison.

Among the veteran deaths, there were 160 suicides by firearms, 99 suicides by hanging, 127 motorcycle accidents and 212 other motor vehicle crashes, 136 accidental drug overdoses and 25 drownings.

The analysis found that suicide, a vexing epidemic in the military over the last several years, is an even bigger problem after service.

For every 100,000 young California veterans, there was an average of 27 suicides a year — 57% higher than the rate for active-duty troops over the same period.

In interviews, some families of veterans who killed themselves described young men haunted by war. In other cases, the victims had never been to Afghanistan or Iraq.

But they all struggled in some way with their return to civilian life. Researchers have long known that major life transitions — divorce, loss of a job, release from prison and other stressful changes — are periods of increased risk for suicide. Many recent veterans have faced the added stress of a tight employment situation over the last few years.

When Rusty McAlpin left the Army and moved back home to El Sobrante, he started attending junior college. But he felt like a failure living with his parents again at 26 and worried that he had made a mistake leaving the military, his mother Bonnie said.

He didn't talk much about his experiences in Iraq but told his family that he feared that seeing a psychologist would disqualify him from ever working at the Department of Homeland Security. 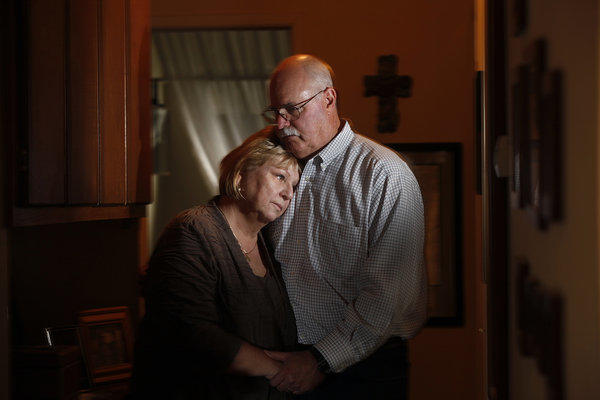 Bonnie and Danny McAlpin stand in their home, not far from the place where their son, Rusty McAlpin, committed suicide four months after he left the Army. The transition had been hard on him, Bonnie McAlpin said. "He never wanted to seem weak." More photos

In January 2011, four months into his new life as a civilian, he drank nearly an entire bottle of vodka and shot himself in the head with the family's .357 magnum.

"He never wanted to seem weak," his mother said.

Some of the same factors behind the suicide rate could also be driving accidental deaths. Researchers believe that there may be an underlying state of mind that increases the odds of both types of death.

"There's a fine line between self-directed violence and ambivalence for life," said Robert Bossarte, an epidemiologist at the University of Rochester and a suicide expert for the Department of Veterans Affairs.

In some case, accidents may be suicides that were misclassified — drug overdoses and solo car crashes can be difficult to classify without clear evidence of intent.

Experts offered other possible explanations for high rates of fatal car and motorcycle crashes and drug overdose deaths in the aftermath of war.

In an all-volunteer military, war can change who signs up. Recruits who enlisted during the last decade — as the death toll mounted in Afghanistan and Iraq — are probably bigger risk takers than their civilian counterparts or those who volunteer during peacetime, experts said.

In focus groups, soldiers who have returned from war have told researchers that they buy motorcycles or drive recklessly to defuse the aggression and intense focus needed to survive in a combat zone.

"You have to come home and turn that off," said Dr. Amy Millikan Bell, an epidemiologist for the Army. "Some cope with it by engaging in risky behavior."

War also may change the way people perceive danger. Researchers studying increased rates of fatal motor vehicle accidents among Gulf War veterans found that they were less likely to wear seat belts or motorcycle helmets, and more likely to speed and drive under the influence of alcohol.

Mark Tyree's father could see the change in his son when he returned from combat duty in Iraq.

"I knew in the back of my mind there would be a great possibility he would be messed up in the head," he said.

He knew from experience, coming home from Vietnam in 1970 and racking up arrests for drunk driving and disorderly conduct until he was able to get on with life. "I was crazy as hell," he said.

He said his son never wanted to kill himself. But diagnosed with post-traumatic stress disorder, Mark Tyree didn't seem to care much about his life either. His blood alcohol level was nearly three times the legal limit when he died.

His death and others like it are becoming a new focus for government researchers.

They have started to link four decades of Pentagon records to a massive government database known as the National Death Index, which collects data on every U.S. death.

For each veteran who died, researchers will know his or her deployment history, combat experience, test scores, education and a wide range of other information.

The project seeks to provide definitive death rates for veterans and explain what is driving those deaths. Most important, researchers hope to identify who is most vulnerable so their deaths can be prevented. 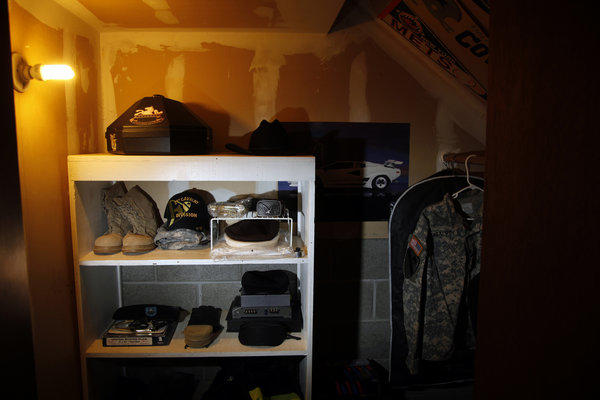 The parents of Iraq war veteran Rusty McAlpin have not been able to bring themselves to clean out their son's room, where he lived upon his return to civilian life until he committed suicide. Combat boots and battle fatigues are among the items that still sit in his closet. More photos

In the long term, the death rate may simply fade on its own. In studies of veterans from Vietnam and the Gulf War, researchers found that after several years their death rates were normal.

But each war is different.

Iraq and Afghanistan were the first protracted wars that the U.S. fought with an all-volunteer military. Troops faced multiple deployments. Many returned with severe injuries that would have been fatal in earlier eras.

It could take decades to realize and understand the full effects of the wars.

"Some questions are going to be incredibly difficult to answer," Bossarte said. 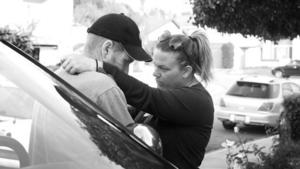 Maybe this is my lesson." 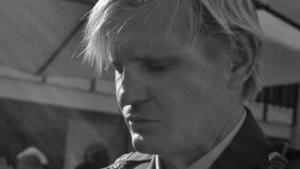 He was born with a savior complex." 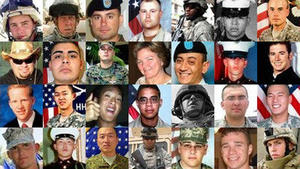 He just said, 'Don't worry about me because if God thinks it's my time to come home, then it's my time.'"

Alan Zarembo is an assistant foreign editor for the Los Angeles Times.