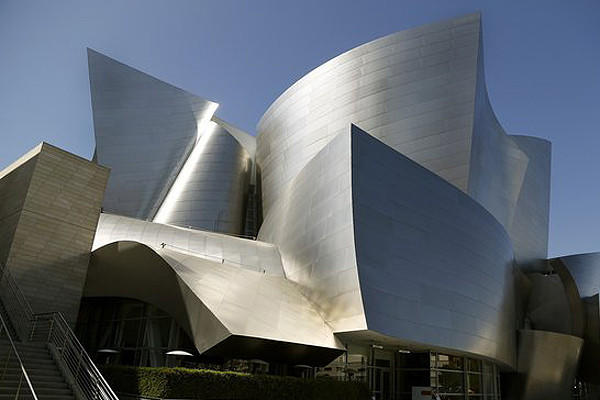 A remarkable work of public architecture, it reflects and engages Los Angeles like few other buildings.

In a lecture at Harvard in the early 1990s, the Spanish architect Rafael Moneo referred to Frank Gehry as a "noble savage."

The comment, partly a joke, perfectly summed up the conventional wisdom that had gathered around Gehry's work during the time he was designing Walt Disney Concert Hall.

As the prevailing caricature had it, Gehry was architecture's answer to the action painters of the 1950s: Jackson Pollock operating at an urban scale, working as much by intuition as strategy, and dribbling his unorthodox forms across building sites instead of canvases.

Disney Hall, in that sense, may rank as the most effective answer to doubters, naysayers and grumbling critics a major American architect has ever produced.

The building, which will turn 10 years old next month, responds to the lonely moonscape urbanism of Bunker Hill with a shimmering, canny gregariousness that spills down Grand Avenue in both directions. It understands and adapts to its peculiar context far better than the buildings by well-known architects that preceded (Arata Isozaki's Museum of Contemporary Art, Moneo's cathedral) and followed it (Coop Himmelblau's arts high school) on Grand.

And thanks to Gehry's productive collaboration with the acoustician Yasuhisa Toyota, Disney Hall solves the devilish practical challenges that have frustrated a long line of concert-hall architects. Its auditorium, lined with a billowing collection of Douglas fir panels and seats upholstered in an almost-garish floral pattern that dares you to dislike it, delivers a remarkably and reliably lively sound. 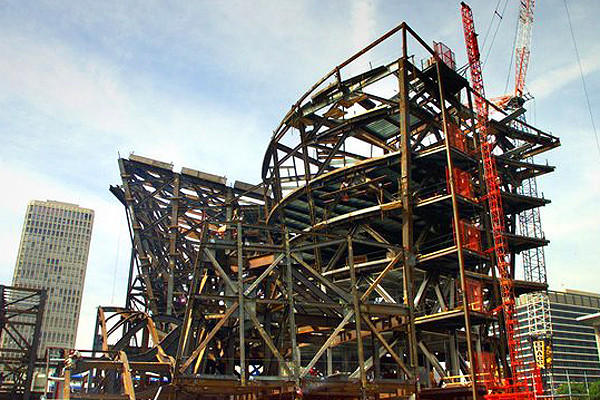 When Gehry was named one of the finalists in the competition to design a new building for the Los Angeles Philharmonic in 1988, he was keenly aware of the typical objections to his work. In an early presentation of his proposal, he made a point of saying that his buildings "aren't from Mars." He emphasized how much his career was "bound to this city."

He was, in fact, the only local architect among the four finalists. His initial design, quite different from what was ultimately built, imagined a small village for classical music at the top of Bunker Hill.

At the center was a conservatory holding a lobby and topped with a sloping roof. The auditorium was pushed back toward 2nd and Hope streets and clad in limestone. A pedestrian bridge reached over 1st Street to Dorothy Chandler Pavilion. A glass dome crowned a single-story restaurant along Grand.

Even in this embryonic form it was easy to see the influence on Gehry of Hans Scharoun's 1963 Berlin Philharmonic. Scharoun produced for postwar West Germany a low-slung, open-hearted concert hall that was determined to look anti-monumental and avoid any comparison to the Nazi landmarks of the 1930s.

Frank Gehry on the making of Disney Hall

Gehry aimed to do something similar, but for cultural rather than political reasons. He wanted his design to protect the idea of the concert hall as refuge — but also to embody the essential informality of Los Angeles. He wanted to demystify and democratize classical music, a goal that happened to match those of the leaders of the L.A. Phil, first Ernest Fleischmann and later Deborah Borda.

Getting from design to finished building was a hugely complicated process even by the standards of civic architecture in Los Angeles. Work on the hall stalled by 1994, and the project nearly collapsed for lack of money. Once it was restarted in 1997 — the year Gehry's Guggenheim Museum in Bilbao, Spain, opened to heaps of praise — it quickly hit another crisis as Eli Broad and others moved to hire a second architecture firm to handle the working drawings for the complex design. Only when Walt Disney's daughter Diane Disney Miller made a final gift contingent on Gehry's full control of the design was the impasse broken.

Those fits and starts matched what was happening in the city at large. During the period from design to completion, 1988 to 2003, Los Angeles negotiated riots and a major recession, rediscovered its downtown and cycled through three mayors. Gehry kept reshaping the architecture of a major civic building for a city that seemed to be trying to reimagine, if not remake, itself.

One of the most remarkable aspects of Disney Hall is how from the start it sensed the extent to which the literal and symbolic holes in the Bunker Hill urban fabric needed filling. The exuberance of the design, the way it seems eager to expand outward like a bunch of balloons in a child's fist, is in direct contrast to Moneo's cathedral and Isozaki's museum, both of which turn inward.

...the delays and even the doubts about Disney Hall wound up sharpening the design."

Though I'm sure Gehry and Broad wouldn't want to live through those years again, the delays and even the doubts about Disney Hall wound up sharpening the design.

Over time Gehry and a few key colleagues in his firm, including James Glymph, Craig Webb and a young Michael Maltzan, gathered the smaller buildings of the initial proposal into a single mountainous form. (The plain box along 2nd Street, holding the L.A. Phil offices, was added in a later stage.) They changed the cladding from stone to stainless steel.

They slid the building closer to Grand Avenue and slipped a glass-enclosed ground floor under the steel curves above, so that pedestrians move directly, without particular ceremony, from the sidewalk into the lobby. Those who come by car ride escalators up from the parking garage below.

The abruptness of that entry — and the way the wide outdoor stairs leading up from the corner of Grand and 1st Street have always been underutilized, even orphaned — still leaves many visitors to the building disappointed. But this interest in undermining the grander expectations of a classical music audience was a key part of Gehry's design from the start. 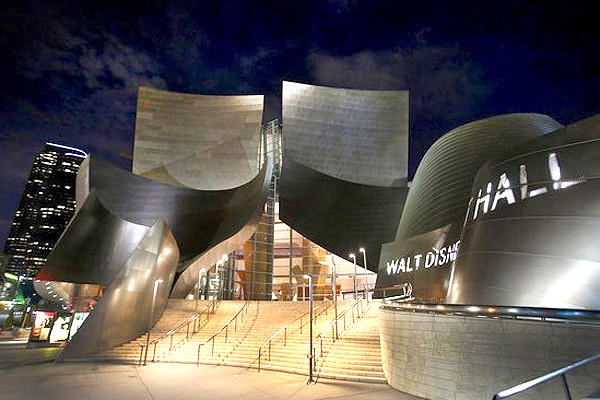 He also made the lobby narrow and asymmetrical, even serpentine, in an effort to save the architectural and emotional payoff for the moment when you walk into the auditorium itself.

It makes sense that the most impressive examples of public architecture in Los Angeles — Dodger Stadium, the Hollywood Bowl, the great theaters on Broadway and in Hollywood — are not civic or religious but designed for entertainment. This is a city where performance and civic self-image have always been intertwined, even inseparable.

The Disney Hall auditorium happily takes up the legacy of those landmarks. And it surpasses them.

Laid out in the vineyard style, with seats on all sides of the stage, is a deeply populist hall without suites or private boxes, giving members of the audience a chance to look out at the architecture and the musicians but also at one another.

That arrangement makes it one of the few places where the idea of a collective Los Angeles seems not naive, as it so often can, but deeply appealing. Ten years after its debut, it remains the city's greatest room.

In Disney Hall, Los Angeles Philharmonic has had its best decade yet 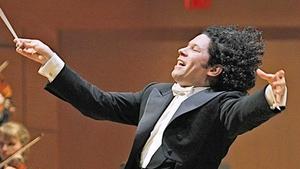 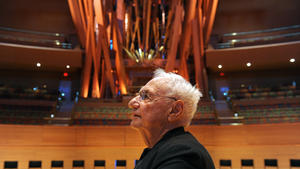 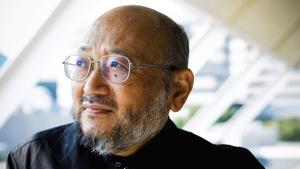