You’re out! The case for cuts in baseball’s Hall of Fame

By Houston MitchellAssistant Sports Editor
July 27, 2014 7 AM PT
Greg Maddux, Tom Glavine, Frank Thomas, Tony La Russa, Joe Torre and Bobby Cox will be inducted into the National Baseball Hall of Fame on Sunday, pushing membership to 306. There are 74 pitchers, 17 catchers, 21 first basemen, 20 second basemen, 15 third basemen, 24 shortstops, 21 left fielders, 23 center fielders, 24 right fielders, one designated hitter, 23 managers, 10 umpires and 33 executives — a large group.
Too large.
All kinds of companies and organizations are downsizing, and the Hall could stand to be a little more lean, even if that seems kind of mean. A 30% rollback in membership would take the total back to 214, so we'll aim for that.
And just to show some good faith, we'll disband the entire writers' wing of the Hall and not include it in the 30%, because really, shouldn't reporters just get together and have their own Hall of Fame? Has any child rushed into the Hall and said "Dad, look, there's the plaque for Gordon Cobbledick!"
So here are 94 people who should have their Hall passes revoked, listed by position. As part of their severance package, they can have their plaque, and they can visit the Hall whenever they want — provided they have money for a ticket.
Catchers

Ray Schalk: A very good defensive catcher with only 1,345 hits. Perhaps the worst player in the Hall of Fame, Schalk does bolster the chances of Jeff Mathis one day making it.

Cap Anson: He did more to prevent black players from playing in the major leagues than almost any player in history. So he's out.
Keith Hernandez was the best defensive first baseman in history, so if you weren't better than he was offensively, you have no business being in the Hall, and that eliminates the following: Jim Bottomley, George Sisler, Jake Beckley, Tony Perez and "High Pockets" Kelly.

Bill Mazeroski: Great defensively, but if he hadn't hit the World Series-clinching homer in 1960, he would not be in the Hall. When Kirk Gibson gets in, we can consider readmitting him.
Red Schoendienst: He's in the Hall only because he had a lot of friends on the Veterans Committee.
Bid McPhee: His career ended before 1900, and he wasn't that great overall. He's out.

Freddie Lindstrom: Fewer than 1,800 hits, out of baseball at age 30.
George Kell: Never received more than 36% of the vote on the regular ballot before being elected by friends on the Veterans Committee. Had only two truly great seasons.

Rabbit Maranville: A true showman, but made it only because he died while still on the ballot in 1954 and the sympathy vote put him in.
Luis Aparicio: Woefully overrated, with a .311 on-base percentage.
Phil Rizzuto: Got in only because several former New York Yankees campaigned for him incessantly; he wasn't in the same class as a player as Pee Wee Reese.
Joe Tinker: Want to make the Hall of Fame as a good but not great player? Have someone include you in a poem the way he was in "Tinker-to-Evers-to-Chance."
Dave Bancroft: Another guy in because he had friends on the Veterans Committee.
John Montgomery Ward: Used to love his stores.

The "Worse than Tim Raines, so if he's not in, they're not" group: Lloyd Waner, Tommy McCarthy, Max Carey, Enos Slaughter, Earle Combs, Ross Youngs.
Also:
Andre Dawson: Here is your typical Andre Dawson season, averaged over 162 games: .279, .323 OBP, 27 homers, 98 runs batted in. Good, but not Hall-worthy.
Kirby Puckett: Look up Puckett's stats and compare them to Don Mattingly's. Why is one in and the other not?

Anyone with fewer than 250 wins and a winning percentage worse than .570: Jim Bunning, Vic Willis, Rube Marquard, Waite Hoyt and — here comes the hate mail — Don Drysdale.
Overrated relievers: Hoyt Wilhelm, Rollie Fingers. Yes, Rollie Fingers. Do we really think the Oakland Athletics won three straight titles in the 1970s because of Fingers? Bruce Sutter and Goose Gossage were much better closers, as were a host of closers not in the Hall.
Anyone with fewer than 200 wins (who wasn't primarily a reliever or didn't have some other contributing greatness): Dazzy Vance, Rube Waddell, Ed Walsh, Addie Joss.
Anyone whose career was too short or whose earned-run average wasn't really that much better than the league average: Red Ruffing, Jesse Haines, Don Sutton, Burleigh Grimes, Pud Galvin, Early Wynn, Herb Pennock, Catfish Hunter. 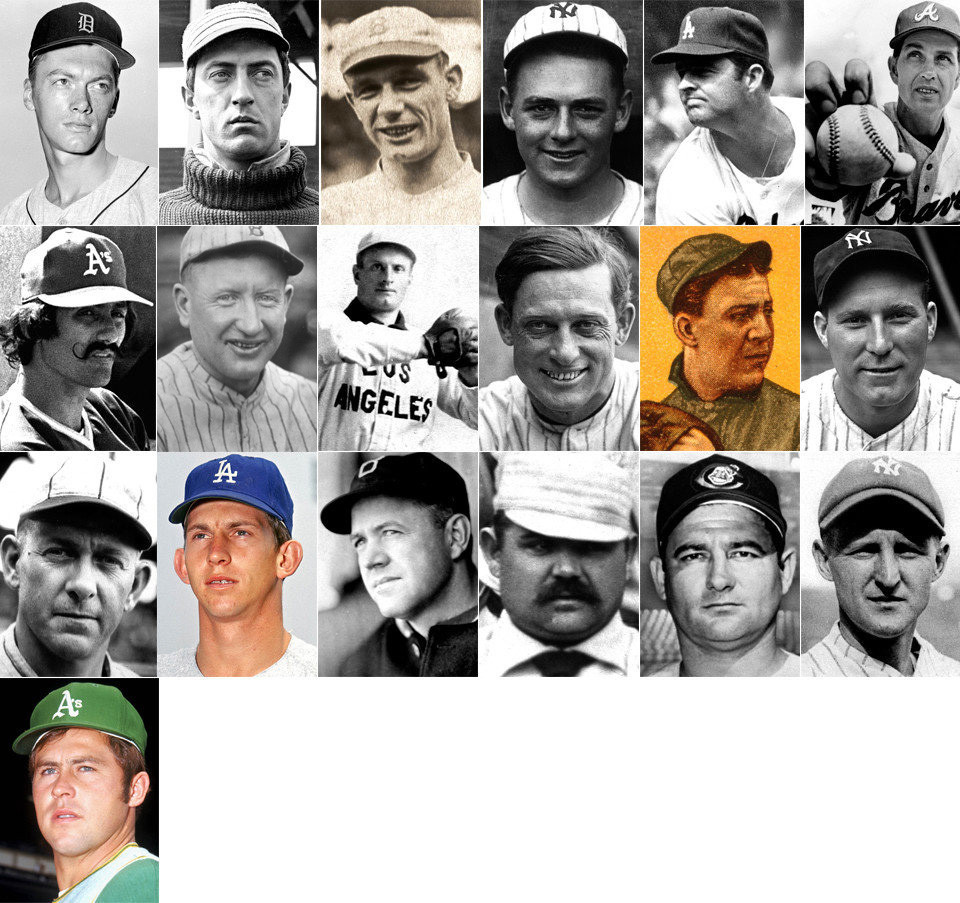 Anyone with fewer than two World Series titles who doesn't have other contributing attributes gets eliminated, since isn't that the job of the manager, to win? Bobby Cox, Whitey Herzog, Earl Weaver, Leo Durocher, Al Lopez, Wilbert Robinson, Frank Selee, you are all out.

The best umpires are the ones you don't notice, so if the 10 men were noticed by the Hall enough to be inducted, they weren't that good. So, all you umpires ... you're outta there!

All executives are kicked out except for Branch Rickey, because he helped break the color barrier and because Harrison Ford was so great playing him in "42."
Elimimated: 32. Executives remaining: one. Total remaining in Hall: 212.
There. We beat our limit by two. But we will have our eyes on future classes, so don't feel too comfortable, Jim Rice. You just barely made the cut.
houston.mitchell@latimes.com
Sports