Getty Images photographer Peter Macdiarmid literally followed in the footsteps of World War II combat photographers to re-shoot scenes in 2014 from D-day captured in their historical photographs. He wanted to match them as closely as possible to show the changes in 70 years. On June 6, 1944, Allied troops landed along a stretch of French coastline to fight Nazi Germany on the beaches of Normandy.

Drag the slider to compare the images.

Left: U.S. troops on the Esplanade at Weymouth, England, on their way to board ships bound for Omaha Beach for the D-day landings in Normandy, June 1944. (Galerie Bilderwelt) 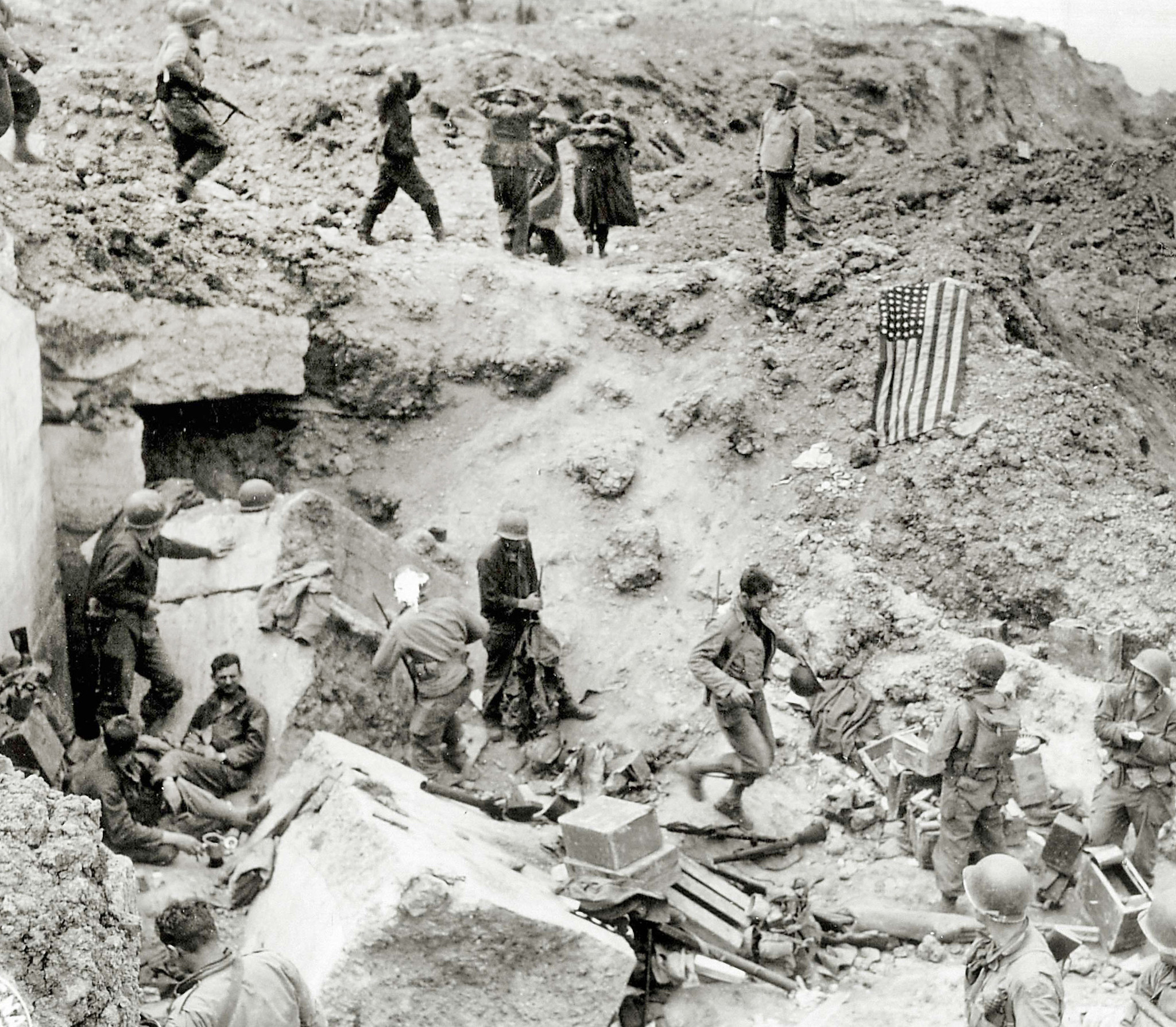 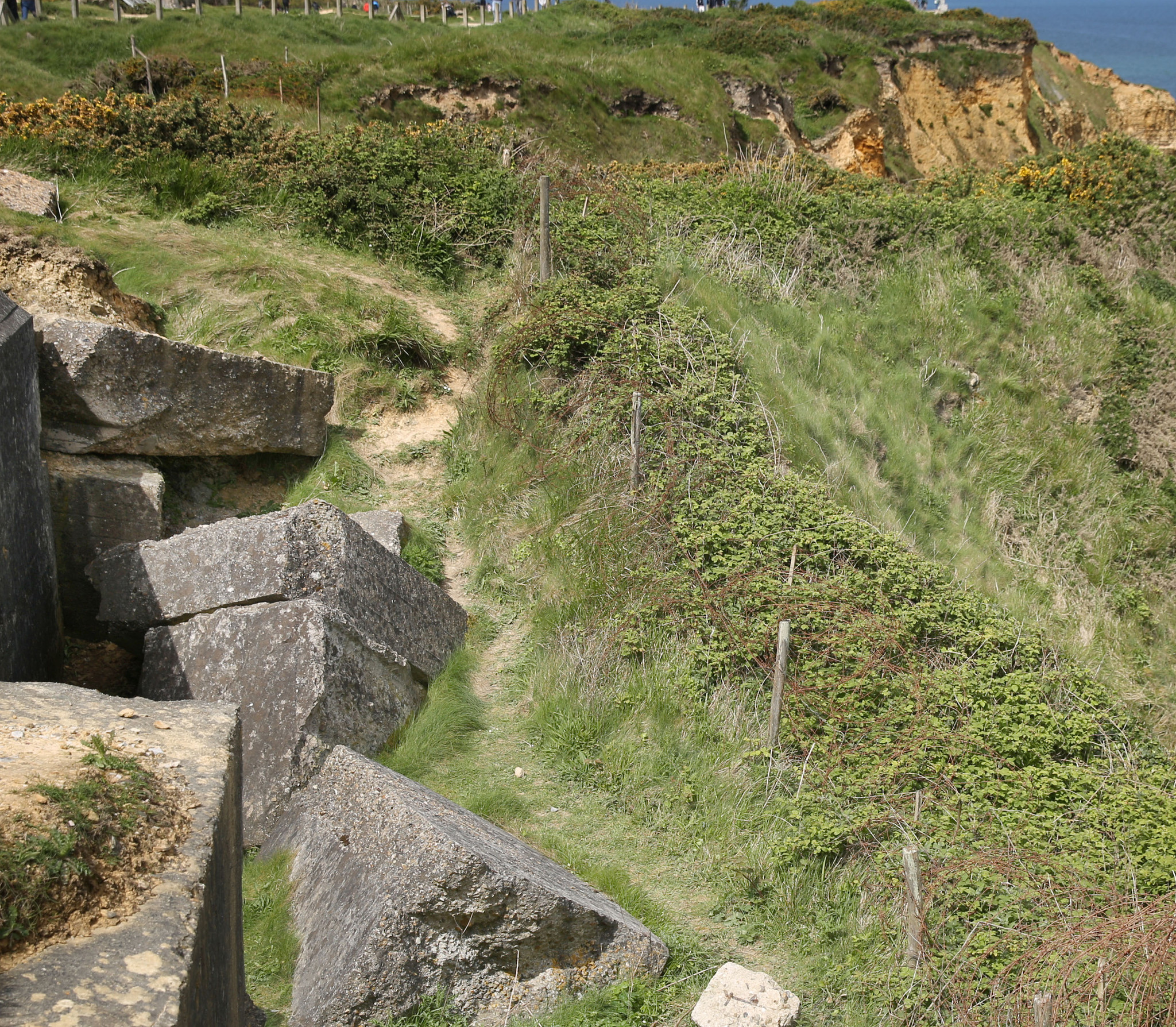 Left: German prisoners are gathered and an American flag is deployed for signaling on Omaha Beach, Normandy, in June 1944. (Galerie Bilderwelt) 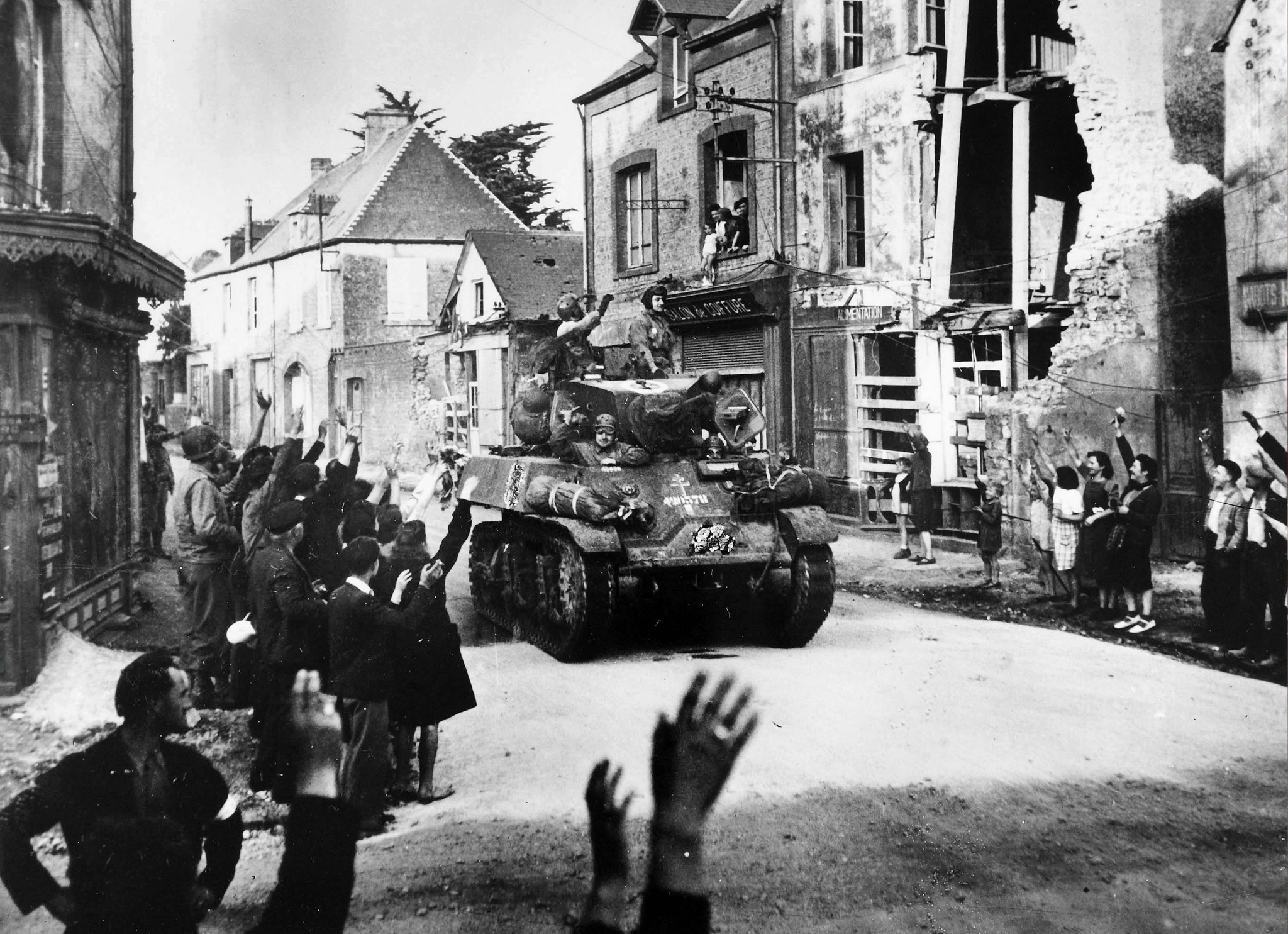 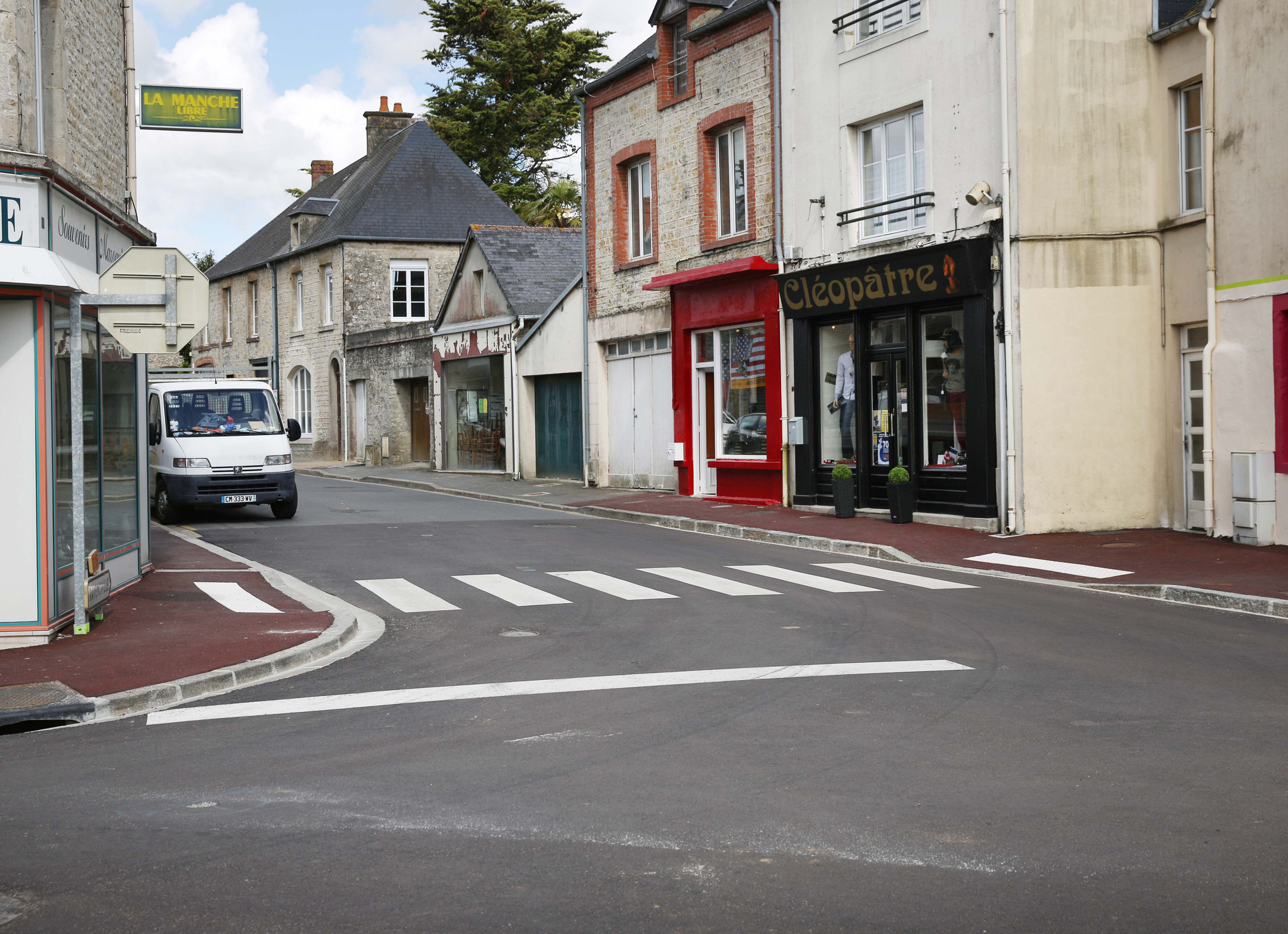 Left: A French armored column passing through the French town of St. Mere Eglise during the Allied invasion of Normandy gets a warm welcome in June 1944. (Popperfoto) 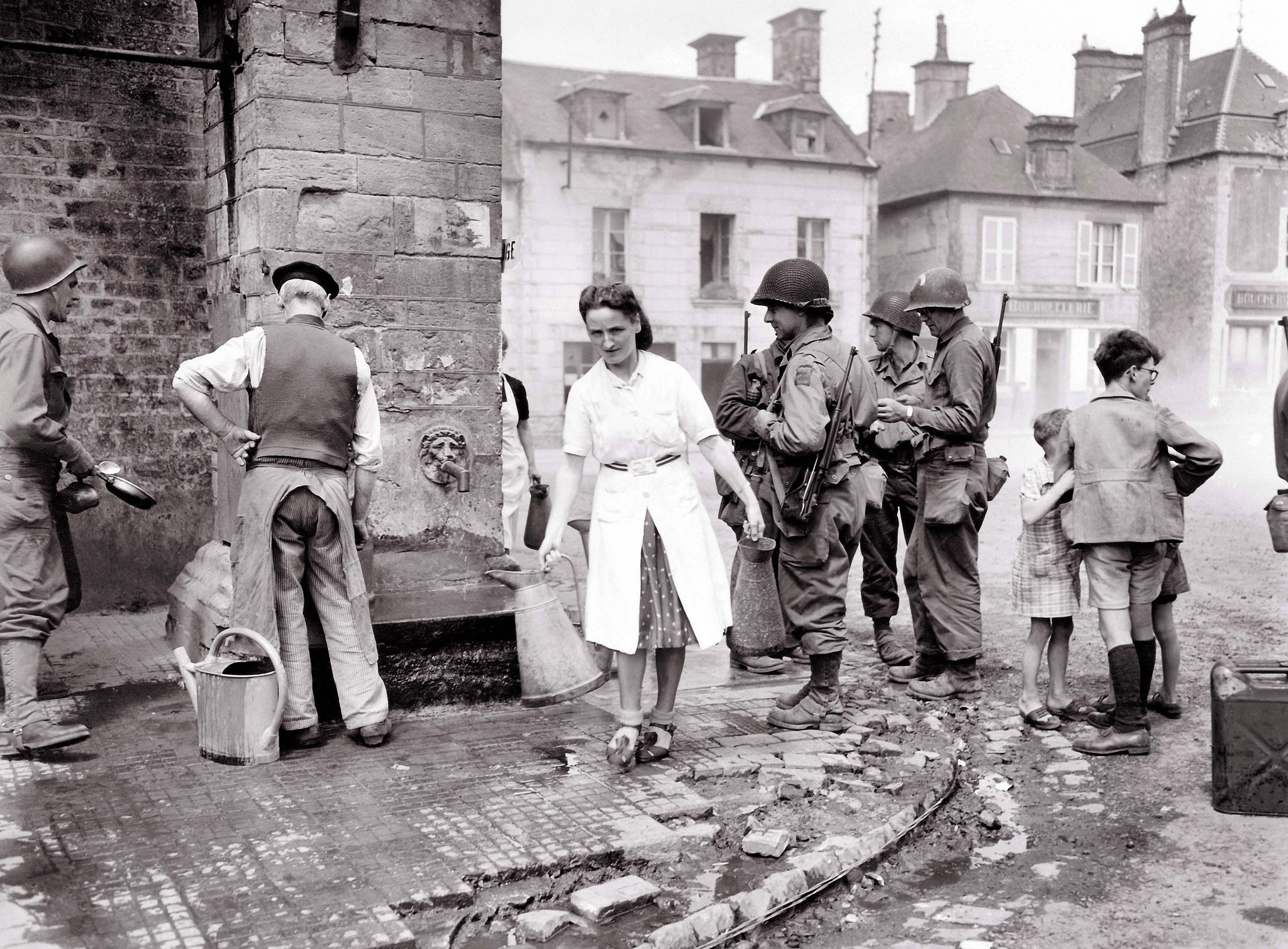 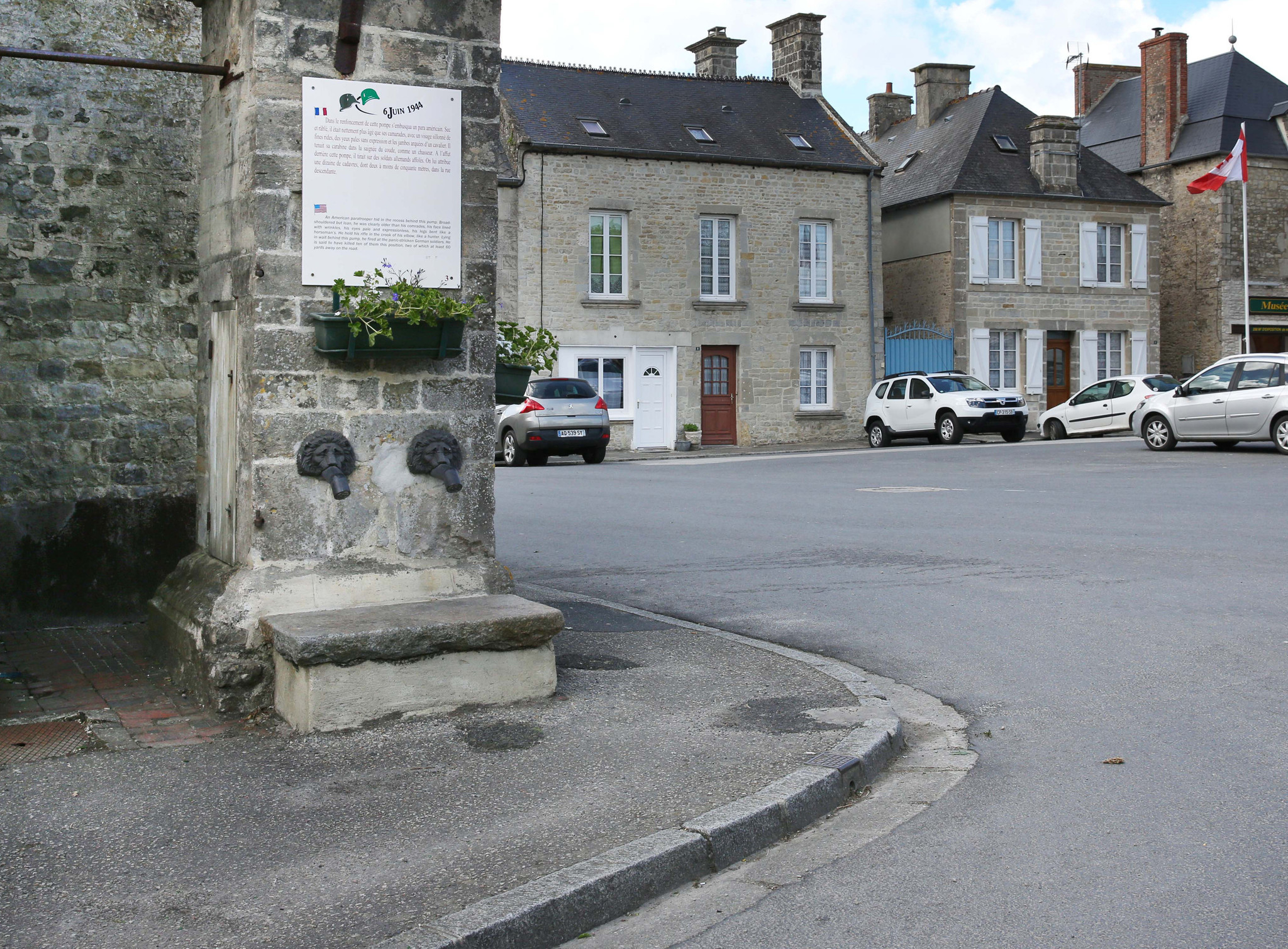 Left: A group of U.S. soldiers stands at the village fountain in Sainte-Marie-du-Mont, Normandy, on June 12, 1944. (Galerie Bilderwelt)