Los Angeles, here’s how to drive in the rain

What's expected to be the wettest storm in at least two years is descending on California. And you get to drive in the worst of it.

"Rain will fall everywhere in the state Friday," says AccuWeather.com Western weather analyst Ken Clark, "with the heavy rain mostly in the southern third of the state."

Here's an "am I doing everything I can to avoid a wreck" checklist.  Work your way down. It could help keep you, and all those drivers hurtling alongside you, safe: 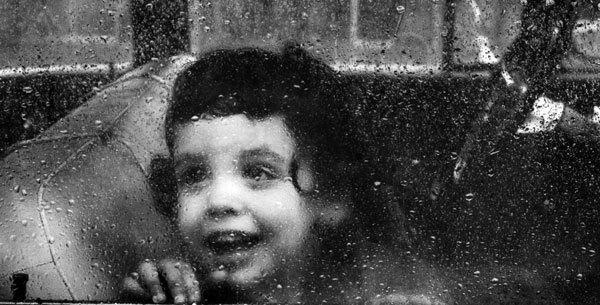 Keep your eyes scanning the roadway to avoid road debris and look out for disabled vehicles in reduced-visibility conditions.

Driving at reduced speeds helps you prepare for sudden stops due to debris and other hazards. Reduce your speed -- particularly as you drive through puddles.

England is having its wettest winter since at least 1766. On Thursday, volunteers in Burrowbridge rescued a car cut off in flooding by using a pontoon. (Matt Cardy/Getty Images)

Yes, it goes against the grain, but allow extra room.

Slipping? Don't slam on the brakes.

If you find yourself skidding on wet pavement, don't slam the brakes. Apply light but firm pressure. Steer in the direction the car is sliding. For cars equipped with anti-lock brakes, drivers should apply heavy, steady pressure, but do not pump the brakes.

Looking to salvage a car that slid off the roadway in Camarillo in March 2000. (Spencer Weiner / Los Angeles Times)

Keep to the center.

Use the center lanes of the road -- and don’t cross the yellow line. Water tends to collect in the outside lanes as they slope to the curbside.

We "always" pay attention, right?  Now, really pay attention. Driving in the rain requires more mental effort. Don't eat. Don't drink. Don't use your cellphone. Don't text. Don't fumble with CDs. Don't put on your makeup.  And once it stops raining, continue to avoid all those activities while behind the wheel. 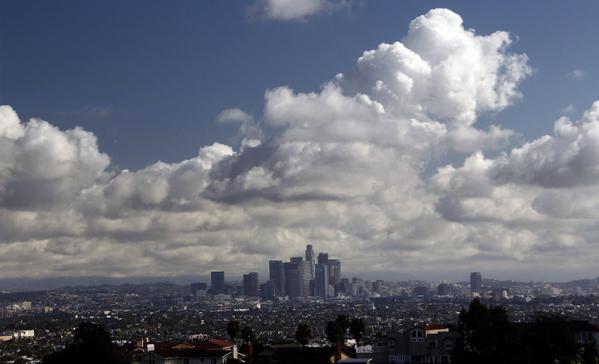 Ford and Chevy trucks, Honda Accord most likely to last 200,000 miles

A third-generation Angeleno, Jerry Hirsch covered the automotive industry for the Los Angeles Times. He wrote frequently about consumer and safety issues in the car business and the relationship between the auto industry and the state and national economies. He has a master’s degree from Northwestern University’s Medill School of Journalism. He left The Times in 2015.