10 up-and-coming L.A. innovators to watch out for

When it comes to tech power players in Los Angeles, few outside the industry can name someone other than Snapchat's Evan Spiegel or Nasty Gal's Sophia Amoruso. But the region is teeming with innovative new companies, venture capital dollars — a record $2 billion for the greater L.A. area last year — and up-and-coming tech talent. They're quietly transforming local tech with fresh ideas in virtual reality, robotics, online videos, e-commerce, investing — even eating. Here are some worth keeping an eye on: 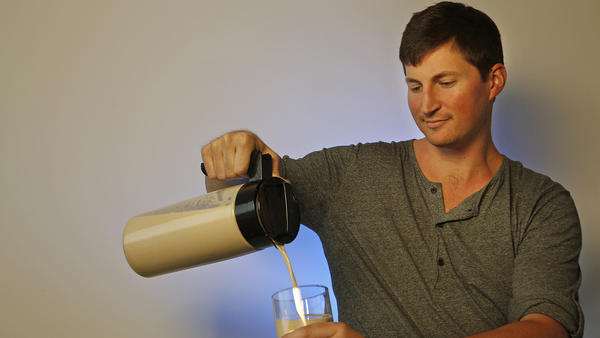 Rob Rhinehart is no cook, but he is single-handedly changing the way thousands of engineers and other workaholics eat. The 27-year-old toiled away in the kitchen a couple of years ago to invent Soylent, a meal-replacement drink, so he could spend more time at his computer. Within months, he was running a start-up in downtown Los Angeles called Rosa Labs with $20 million in venture capital. These days, Rhinehart calls on biochemists and flavor scientists to tinker with the recipe — a white powder concoction of all-vegan ingredients including rice protein, oat flour, calcium and folic acid. Rhinehart hopes to prove Soylent's health benefits and, with the ease of e-commerce, envisions selling Soylent around the world. For now, he trusts his daily diet of Soylent, and recently decided to get rid of his refrigerator. 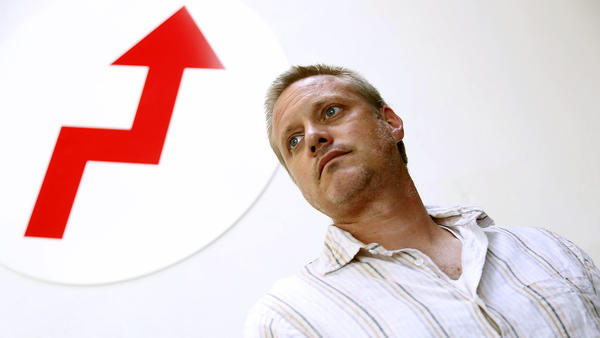 In 2001, Ze Frank created an interactive GIF of himself dancing and sent it to a handful of friends. Within days, it had spread across the Internet, capturing millions of views. Five years later, people answered his video blog's call to lay slices of bread on the ground on opposite ends of the globe to make an "Earth sandwich." Frank's wacky but thoughtful appreciation of the Web's interconnectivity is why he's now in charge of video at BuzzFeed, one of the biggest brands in click bait. Under his leadership, the digital studio has churned out hits such as "Guys Try On Ladies' Underwear for the First Time" and "Americans Taste Test Japanese Snacks." In February, BuzzFeed's videos reached 1 billion monthly views. At this rate, the 43-year-old Frank could someday be a Lew Wasserman for millennials. 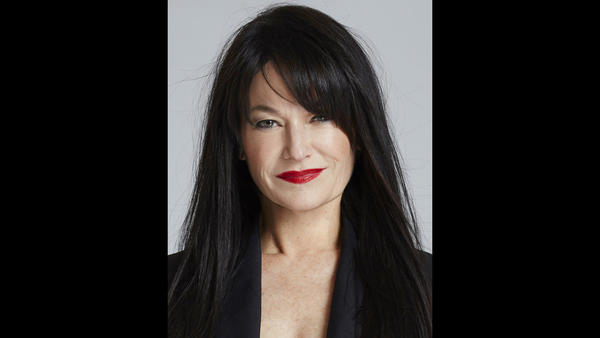 Sheree Waterson has some big shoes — more like 5-inch spiky stilettos — to fill. The longtime retail executive took over as chief executive of provocative retail company Nasty Gal in January. Waterson, 59, replaced founder Sophia Amoruso, whose edgy style, "#GirlBoss" memoir and rags-to-riches success story made her the face of the brand and Nasty Gal one of L.A.'s most promising e-commerce start-ups. But Amoruso struggled to manage Nasty Gal as it grew. The downtown L.A. company has been plagued by low employee morale and high turnover, and last year significantly cut staff in several rounds of layoffs. Now Waterson — previously the company's president and, prior to that, chief product officer at Lululemon — must stabilize Nasty Gal, oversee its expansion into the bricks-and-mortar space and entice fashion-forward customers in a notoriously fickle industry. 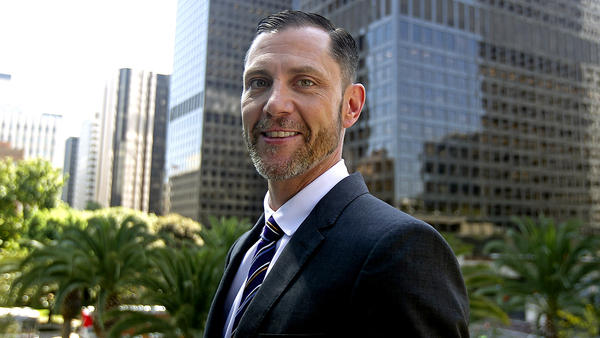 Chris Rico has one of the most unwieldy jobs in L.A. tech. As newly appointed director of innovation for the Los Angeles County Economic Development Corp., the 44-year-old must bring together the Southland's far-flung, diverse innovation community. That means serving as a liaison among tech companies, co-working spaces, universities, investors and politicians — and also making sure that attention is paid to the entire region, not just the Westside. "My goal is to catalyze, to evangelize, to cross-pollinate," he said. "My biggest challenge is that I'm one person." 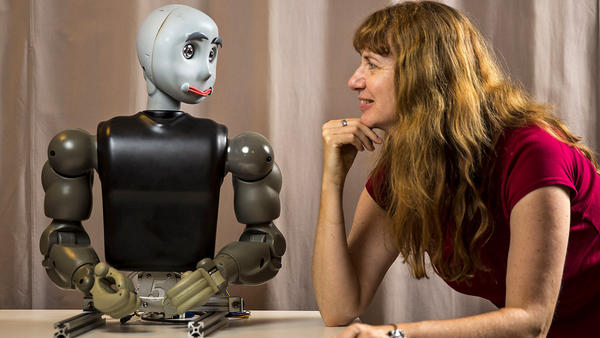 Maja Mataric, 50, pioneered "socially assistive robotics" at USC a decade ago, endowing gadgets with facial features and personalities while programming them to play with autistic children and remind stroke patients to exercise. The Interaction Lab that Mataric runs at the USC Robotics Research Laboratory has produced several dozen projects at the intersection of engineering and healthcare. One of Mataric's latest robots, called Maki, is designed to reassure children before they receive injections. Mataric has begun developing the technique at Children's Hospital Los Angeles and hopes that one day Maki will be widely available in hospitals. Mataric, a mother of three, aims to inspire girls to join the tech world. She recently judged the "Next MacGyver" contest, which calls for television show proposals starring female engineer characters. 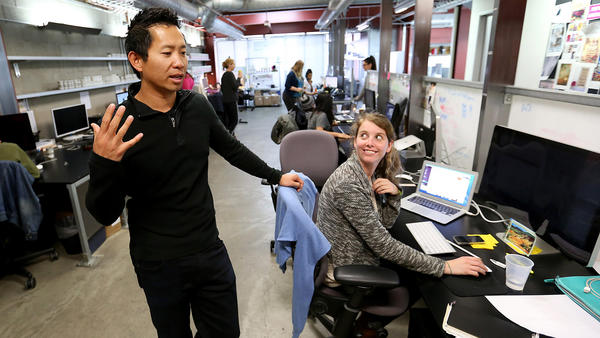 Peter Pham flew 50 round trips to San Francisco and Silicon Valley in 2014 and is on pace to do the same this year. The journeys carry a single objective: introducing young L.A. technology companies to investors and seasoned tech leaders. He hosts barbecues and dinners to match established luminaries with rising stars and links entrepreneurs with investors. At Science, a hybrid venture capital firm and business incubator in Santa Monica that he co-founded, the 40-year-old mentors start-ups on how to pitch to investors and assists them with any business development issues. Pham has helped attract nearly $400 million in capital to Los Angeles over the last three years, and is aiming for $1 billion. 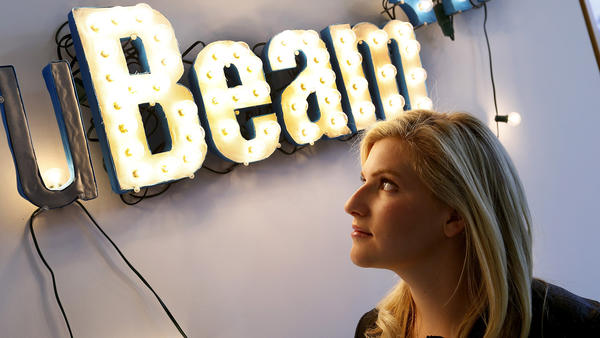 Meredith Perry knows that you probably hate your smartphone's battery life. As gadgets have become more high-tech and consumers more dependent on them, there have been few innovations in the battery world. Perry, 25, has invented a solution for anyone who has ever wished they could charge their smartphone without wires and plugs. Her Santa Monica company, UBeam, uses ultrasound to wirelessly charge devices, making juicing up a phone as easy as connecting to WiFi. Big names including Mark Cuban, Marissa Mayer and Andreessen Horowitz are among the investors who have poured money into UBeam and see Perry as a budding hotshot inventor. In college, Perry filled notebooks with invention ideas such as bicycles with built-in umbrellas and vests that enabled someone to give a massage remotely. Her wireless charging idea has Fortune magazine wondering whether she's the "next Elon Musk." Perry hopes to have the product on the market next year. 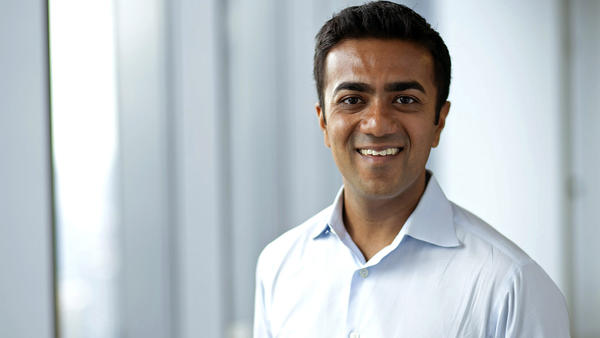 Chirag Chotalia has flexibility that's rare for a Los Angeles-based investor. He isn't tightly limited in how much cash he can funnel to a start-up because the family fortune he represents is huge. Brothers J.B. and Tony Pritzker have $7billion from businesses such as Hyatt hotels, Royal Caribbean Cruises and manufacturing conglomerate Marmon Group. They spread on average $100 million annually across nearly 20 start-ups, concentrating on Chicago, New York and Los Angeles. Although headquartered in Chicago, the firm last year began considering L.A. a second home. Because investors tend to reinvest returns locally, Pritzker is on track to become a major booster for L.A. if early investments in Honest Co., Dollar Shave Club and a dozen others stay on track. 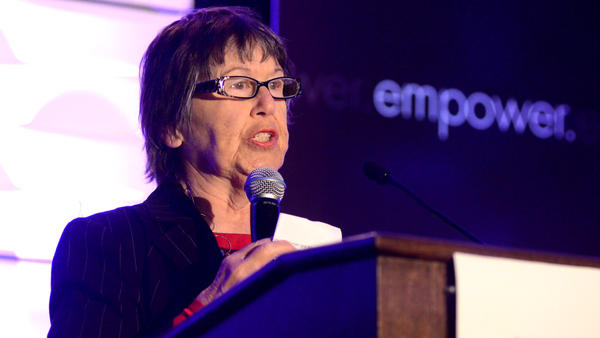 When Carolyn Leighton founded Women in Technology International 25 years ago, it was a basic email network where women in the local technology industry could connect. Today, the group boasts more than 2 million members worldwide, hosts its own event, and partners with conferences across the tech industry to spotlight women. "If you open up any Web page for an industry conference, all you see is white men, which is astonishing today," said Leighton, 74. "We're absolutely changing that." With the tech industry's lack of diversity now a problem that has become impossible to ignore, an increasing number of companies are looking to organizations like WITI for a solution. Leighton doesn't promise a quick fix but notes that change is on the way and WITI will play no small part. 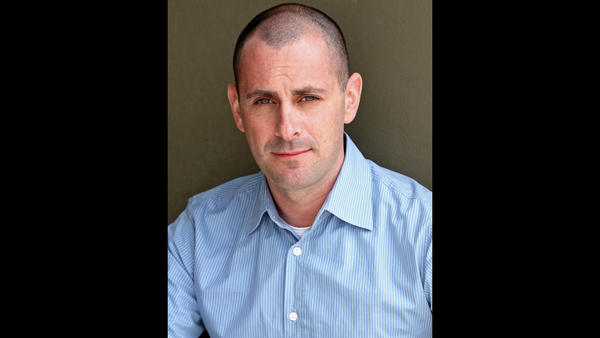 Virtual reality has so far been used sparingly — a demo of a video game here, a music video there. Rich Flier wants to change that. Flier, 43, is guiding a joint venture between computer graphics firm Digital Domain and video company Immersive Media to make virtual reality mainstream. Together they've already made a virtual reality short film for the Sundance Film Festival and an interactive 360-degree app for Syfy's "The Expanse." Under Flier's guidance, they're now in talks to create a virtual reality episodic series and do live 360-degree broadcasts. Flier is helping push the boundaries of how VR can be used. And yes, that means a virtual reality feature film could be on the horizon.