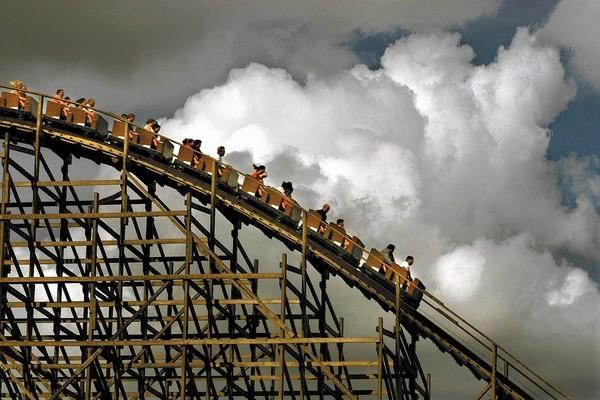 A Times analysis of more than 2,000 accident reports at Southern California theme parks finds that injuries and ailments are rare. The most common incidents involve motion sickness, and older attractions generate more complaints.

Injuries and ailments from Southern California amusement park rides are rare. But when they do occur, the most common are fainting, nausea and dizziness.

People are more likely to get sick or hurt on older attractions than on newer rides. And about 1 in 8 accident reports, as they are called, concern riders who were hurt while getting on or off an attraction.

Those are some of the findings of a Times analysis of six years' worth of injury data from theme parks across Southern California. In all, The Times looked at 2,089 injury reports filed in 2007 through 2012 with the state Department of Industrial Relations, which oversees the safety of theme park rides.

The largest category of reports, about 18%, was related to motion sickness, including fainting, nausea and dizziness. Back and neck pain ranked second, at 16%, followed by head injuries at 12%.

Combined, parks reported an average of about 350 injuries a year during the six-year period, while combined total attendance at Southern California's largest parks was estimated to exceed 40 million visitors a year.

• More women reported injuries than men, and most injuries came from roller coasters and water slides.

I got really violently ill like I've never been before."

Three men died after riding attractions at Southern California theme parks during the period. Medical examiners concluded that serious, preexisting medical conditions were the likely causes of two of the deaths. The third was undetermined, but the coroner found that the man had a heart condition and had suffered a brain hemorrhage.

Operators of permanent theme park rides are required to file an accident report with the state whenever a visitor suffers an injury or ailment and then receives outside medical attention. The Times examined reports filed by 57 theme parks and water parks in Southern California during the six-year period.

Among those riders listed in the records is Adrienne Sacks of Rockville, Md., who grew ill after riding Disneyland's Space Mountain in the summer of 2012.

The 59-year-old teacher said she spent hours sweating and vomiting at the park's first aid station, eventually being treated by paramedics who were called to the park.

"I got really violently ill like I've never been before," Sacks said. 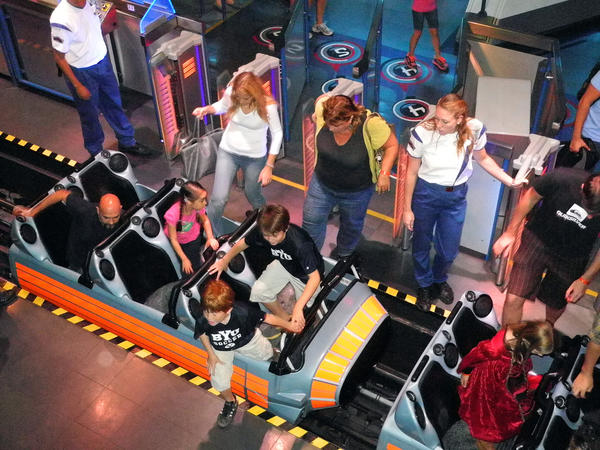 The California Legislature adopted the injury-reporting mandate in 2000 in response to several accidents, including the 1998 death of a Disneyland visitor who was struck on the head by a metal cleat that pulled free from the sailing ship Columbia as it docked. The man's wife and a Disneyland employee were seriously injured.

Parks are not required to report data on attendance or the number of riders per attraction. That makes it impossible to calculate an injury rate based on ridership.

Of the 10 rides with the most reported incidents, nine were at Disneyland or Disney California Adventure Park — the region's most popular theme parks, with combined attendance of 23.7 million visitors in 2012, according to estimates from AECOM, a Los Angeles engineering and consulting firm.

Disneyland officials say their attractions are safe and account for the most injuries primarily because of their popularity.

In response to questions from The Times, Disney officials disclosed that Space Mountain carried 44 million riders over the six-year period. That attraction's 120 reported injuries amount to one for every 367,000 riders.

By comparison, the odds of being hurt in a bathroom accident, leading to a hospital visit, are about 1 in 1,037 in a given year, according to the Centers for Disease Control and Prevention.

"We are at the top of the [injury] list because we are the top of the list for attendance," said Greg Hale, chief safety officer for Disney's theme parks.

After riding Space Mountain on May 13, 2012, with her husband and two children, Joan Brown, a 49-year-old mortgage underwriter from Santa Barbara, said she suffered memory loss and headaches.

When she got off the ride, she kept asking, "Where are we going?" said her husband, Scott Bell. Neurological tests determined she suffered from global amnesia, he said. Brown stayed home from work for three weeks with severe headaches and still remembers little about that day at Disneyland, he said.

Space Mountain's age may also be a factor; the coaster opened in 1977. The state's injury reports suggest that older rides generate more injuries than newer ones. Among the 10 attractions with the most injuries, six are at least 20 years old. Only one — the Tower of Terror drop ride at Disney California Adventure Park — was built in the last decade.

"Harnesses, security and safety on rides are much more advanced today than they were 30 or 40 years ago," said Dennis Speigel, president of International Theme Park Services, an Ohio-based consultant to the industry.

About half of the injuries and ailments reported in the six-year period prompted investigations by the Department of Industrial Relations. In most of those cases, the state ordered minor repairs or extra staff training.

If the agency finds serious violations, it has the power to close rides until repairs are made. 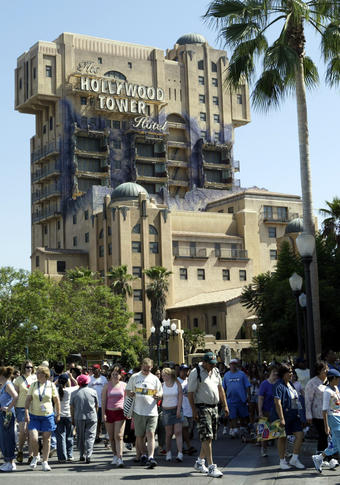 Among the 10 attractions with the most injuries, only the Tower of Terror at Disney California Adventure Park was built in the last decade. (Nick Ut / Associated Press) More photos

The most severe injuries documented in the state reports occurred when theme park rides malfunctioned.

On the morning of June 17, 2007, a family of five from Illinois was sprayed with battery acid when the Studio Tour tram ride at Universal Studios Hollywood struck a guardrail, according to an accident report. The victims were taken to the Providence St. Joseph emergency room in Burbank, the report stated.

One of the victims said a settlement was reached with the park.

At Knott's Berry Farm in Buena Park, the Xcelerator roller coaster ranks among the park's fastest, with a top speed of 82 mph. On Sept. 16, 2009, a cable broke free and ripped through the fiberglass vehicle, slashing the left calf of Kyle Wheeler, then 12, according to an accident report.

An attorney for the boy said a confidential settlement had been reached with the park. After multiple surgeries and months of therapy, Kyle is able to walk on his own, according to family members. The ride was closed for more than a year while park workers made modifications required by the state.

"Amusement parks are hard to go after if you are injured," said Beverly Hills attorney Daniel D. Geoulla. He's representing a man who says he suffered neck, back and groin injuries when a Disneyland Railroad train derailed in May 2010. "There is an assumption of risk when you get on them." 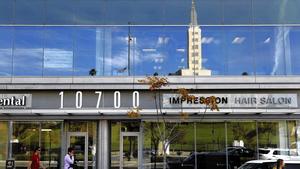 It's critical that you understand where active faults are and...where they are not." 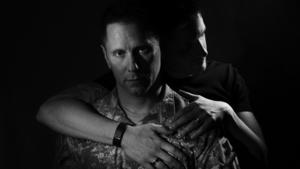 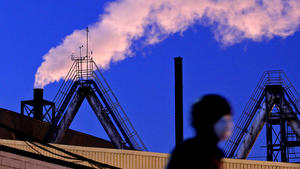 How is that possible? ... Their smokestack can be seen from downtown L.A."