After looking at all the gaming laptops out there and testing a few ourselves, we concluded that the $1,790 Asus ROG G751JT is the best gaming laptop for most people. The Asus has the best combination of raw gaming power and build quality that you can get for less than $2,000. It will play the vast majority of modern graphics-intensive games on high settings at full resolution, plus it has a great cooling system, keyboard and trackpad. It isn't perfect, but no other gaming laptop can match the Asus ROG G751JT right now.

Gaming laptops definitely aren't for everyone. Desktop computers offer better gaming performance per dollar, and ultrabooks are slimmer, lighter and have much better battery life. Gaming laptops are a good fit for students, deployed soldiers and other road warriors who want to play demanding PC games at LAN parties or when traveling.

How did we pick this laptop?

We spent a lot of time researching components to come up with an ideal configuration that would play most current games well without being prohibitively expensive. We decided that the "ideal" gaming laptop would cost less than $2,000 and have an Nvidia GeForce GTX 970M or better GPU, an Intel Core i7-4710HQ CPU or higher to avoid bottlenecking the graphics card's performance, 8GB to 16GB of RAM (anything more is serious overkill) and at least a 256GB solid-state drive and 750GB hard drive. 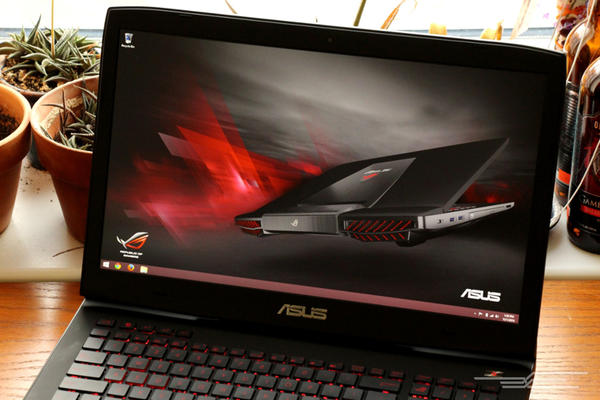 The $1,790 Asus ROG G751JT-DH72 is a gaming powerhouse that can play most new games on high settings: This means it will display games smoothly at full, 1080p resolution with all the rich lighting and details that you'd expect from a modern game. On the inside, it has a powerful (but cost-effective) Nvidia GeForce GTX 970M graphics card with 3GB of dedicated memory, a 2.5GHz Intel Core i7-4710HQ quad-core processor and 16GB of RAM. It also has a speedy 256GB solid-state drive to make your operating system and games load quickly and a 1TB hard drive to store everything else. 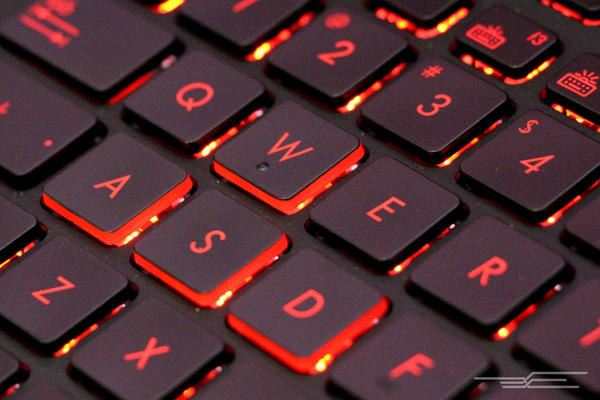 The Asus’s keyboard is deep, responsive, and comfortable.

The Asus ROG G751 has a deep, responsive keyboard with a red backlight and a good trackpad that works well with gestures. Its 17-inch, 1920x1080 resolution screen is a beautiful IPS panel with deep blacks, bright colors and amazing viewing angles. It's a huge improvement over the panels in most gaming laptops, and its response time is low enough for all but the most demanding gamers. 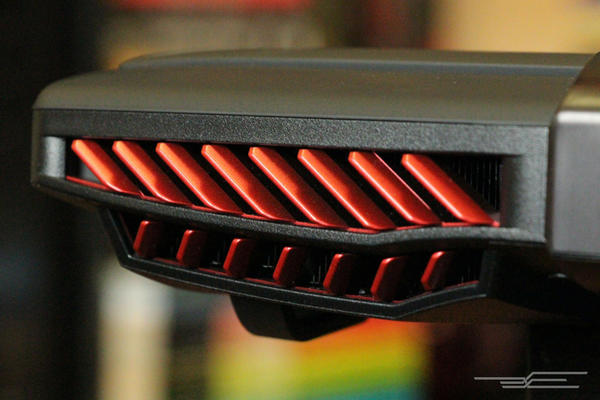 The G751’s cooling system runs quiet, though its flashy red vents are anything but.

The Asus ROG G751JT also has one of the best cooling systems of any laptop we've tested. Many gaming laptops have serious problems keeping cool and quiet during gaming sessions. The Asus kept its underside, keyboard and palmrest from getting uncomfortably hot without drowning out audio.

Like many gaming laptops, the Asus ROG G751 is bulky, weighing 8.4 pounds (not including the chunky power brick) and measuring 16.4 inches wide, 12.5 inches deep and 0.9 to 1.7 inches thick — that's twice as heavy and twice as thick as the average Windows laptop and three times as much as an ultrabook. It also has decent, but not great, battery life. Its speakers are poorly placed and sound tinny and compressed, but it's nothing a good pair of headphones won't fix. Unlike competing gaming laptops, it only has three programmable keys.

An upgraded model (depending on price)

The Asus ROG G751JT with G-sync is identical to our pick, but has a better screen. We don't think it's worth paying more for this model, but if it's cheaper, the G-sync version is the better buy.

A step up in performance

If you want to step up to the more powerful Nvidia GeForce GTX 980M graphics card — it will play most games on ultra instead of high settings and, if history is any indicator, will likely outperform next year's midrange graphics cards too — get the Asus ROG G751JY-DH71. This one will be able to play most modern games on ultra, except for a handful like "Watch Dogs," "Crysis 3" and other games that no single mobile GPU can handle right now.

The $2,225 Asus ROG G751JY-DH71 is exactly the same chassis as the JT-DH72; it has the same screen, keyboard and so on but has the beefier GeForce GTX 980M graphics card, a Blu-ray writer, faster solid-state storage and more RAM. You'll get better gaming performance now and two years down the road with this step-up model. 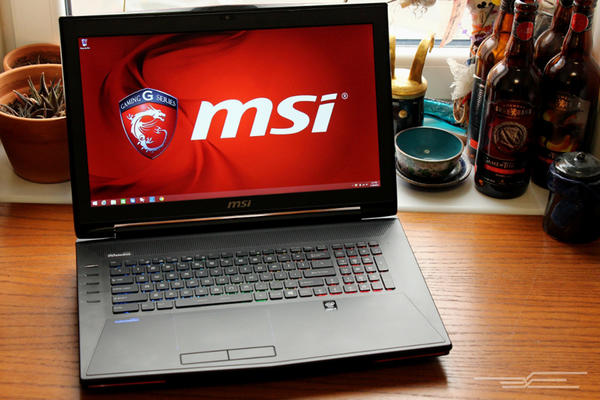 The MSI GT72 Dominator is a great alternative if our main pick is sold out.

If our main pick is sold out, the $1,900 MSI GT72 Dominator G-1667 is a solid alternative. We haven't tested this newer model with G-sync yet, but other than superior screen technology, it's identical to the previous version. We don't like it as much as the Asus because it's more expensive for similar specs, runs louder and its screen isn't as good. The MSI's keyboard is shallower but has multicolored, customizable backlighting and remappable keys.

The MSI GT72 214 has the same Intel Core i7-4710HQ processor and Nvidia GeForce GTX 970M graphics card, but with 6GB of video memory instead of 3. It also has 16GB of RAM and two 128GB solid-state drives in RAID 0 (turning the two disks into one effective disk that's twice as fast, but twice as likely to fail) as well as a 1TB hard drive. Even though it has twice the VRAM as our main pick, the Asus was a little faster in our benchmarks — that much VRAM is unnecessary for today's games at 1080p.

Asus announced a refresh of our pick, the ROG G752, earlier this month. Acer and Dell also recently demonstrated new gaming laptops in their Predator and Alienware lines that we're looking forward to testing. We still think the G751 is the best gaming laptop available, but if you can wait until the end of 2015, there are three exciting new models on the horizon.

The Asus ROG G751JT is the best laptop for most gamers — it's powerful, comparatively inexpensive and has a great keyboard, trackpad and cooling system. For $1,790, you can get a machine strong enough to play most modern games on high settings and some on ultra, while remaining portable enough to take on the road or to a friend's house.

This guide may have been updated. To see the current recommendation, go to TheWirecutter.com. The Wirecutter's extensive research and testing is supported by a small commission from the purchases its readers make.