Newsletter: Essential Arts and Culture: The weight of the world and the hope of the new

I’m Kelly Scott, arts and culture editor for the Los Angeles Times. Reverberations from the Paris terrorist attacks were everywhere last week, including the Los Angeles cultural scene. But innovators in theater — new ones and others from years past — were in the news as well.

Half a world away, but feeling the pain

As he made his rounds last weekend, music critic Mark Swed heard a flood of affection for the city and its painful night. “Performers and audience members were asked throughout the concerts to think about why we were there,” Swed wrote, after performances at UCLA and Disney Hall. He felt the presence of French composer Gerard Grisey at Anne Teresa De Keersmaeker’s dance program set to his music, when French conductor Ludovic Morlot introduced the Philharmonic program, and at the Master Chorale’s concert in which the massive Disney Hall organ was lit like the tricolore. “Music, in the face of tragedy, is expected to offer solace and solidarity, but it can also provide vital perspective,” Swed wrote. 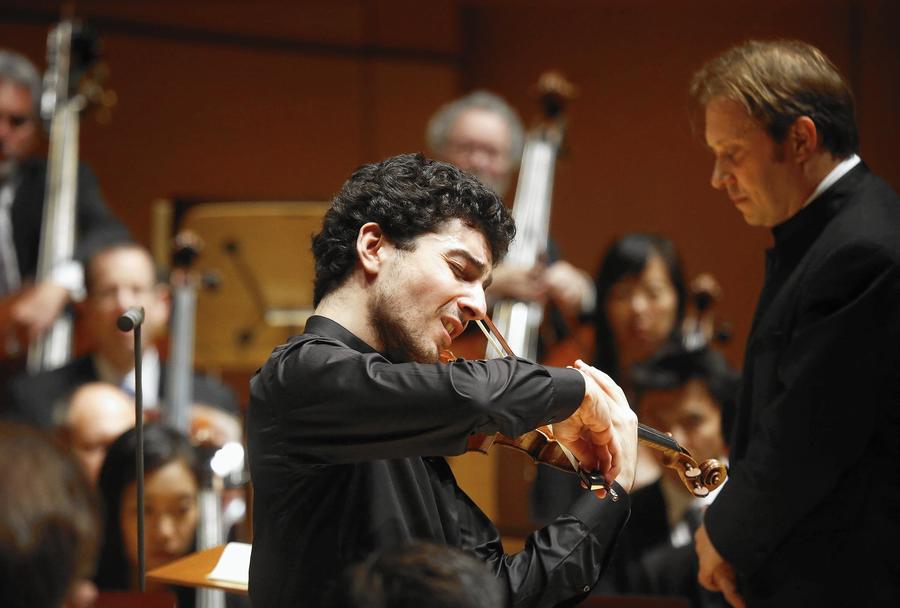 If you are a regular reader of Charles McNulty, you know that he has raised questions about the program choices of the large institutional theaters in L.A., wondering why up-and-coming playwrights aren’t represented on L.A. stages. Apparently they listened. He points out in a notebook this week that it’s been an extraordinary fall in Los Angeles theater, with several theaters offering work by “the most exciting generation of playwrights to have burst onto the scene since I became a theater critic more than two decades ago” — Annie Baker, Branden Jacobs-Jenkins, Rajiv Joseph and Young Jean Lee. Lee’s play “Straight White Men” is now playing at the Kirk Douglas Theatre. Lee spoke to writer Deborah Vankin, saying her agenda “is to create a trap — for the audience and myself, so that we can’t get out of whatever problem the play is wrestling with...” Another of McNulty's exciting generation, playwright Will Eno, gets his first major L.A. production, "Thom Paine," starring Rainn Wilson, at the Geffen Playhouse in January. 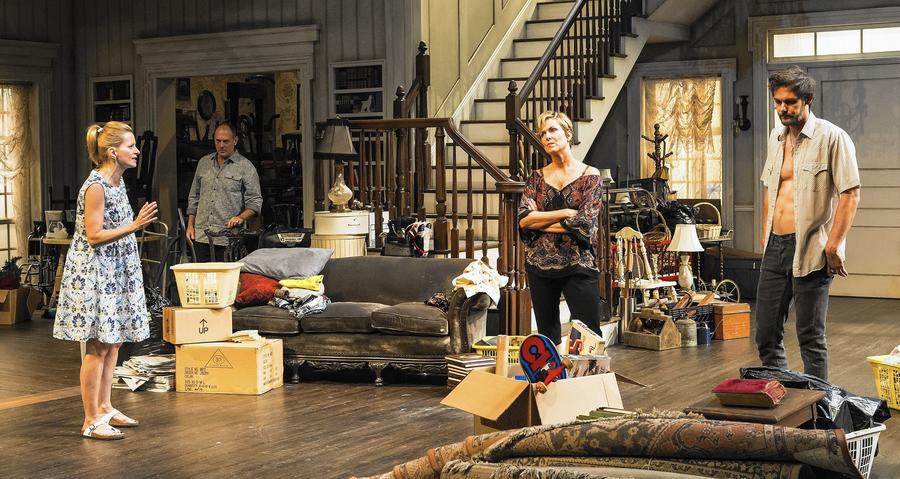 A hop, skip and a jump to #DTLA

As the Industry's "Hopscotch," the "mobile opera for 44 cars" ended its extended run this weekend, architecture critic Christopher Hawthorne took a look at what it revealed about Los Angeles. The creators of "Hopscotch" tell their story while audience members ride limousines around neighborhoods close to downtown, raising questions about whether there is a center of L.A. or whether the city needs one. In its reliance on cars and car culture, it reached back to more familiar tropes about driving through the city. But Hawthorne notes that "... contemporary L.A., as it rehabilitates its historic architecture and makes agonizingly slow improvements to its transit network and public realm, is best understood at close range and a deliberate pace." 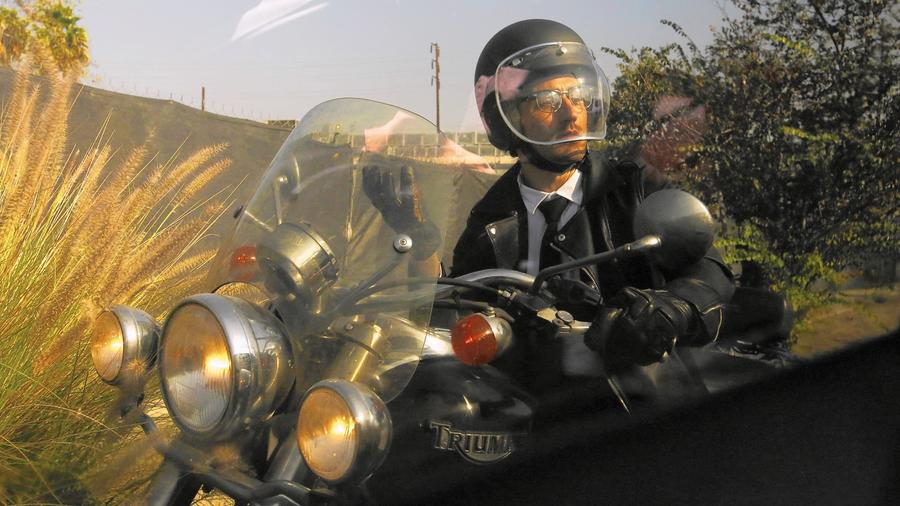 Stephen Bietler gets in character as Jameson along the Green Route of the opera-on-wheels "Hopscotch." (Anne Cusack / Los Angeles Times)

A Karen Finley for the 21st Century

It’s been 25 years since the height of performance artist Karen Finley’s notoriety as one of the so-called NEA Four, and her newest work finds her quite a way from what brought her so much attention back then. In “The Jackie Look,” Finley impersonates Jacqueline Kennedy Onassis “in order to examine how humans view and process trauma,” Jessica Gelt wrote after talking with her. Finley performed at the Broad museum Friday, and showed some of her art work at the Coagula Curatorial. 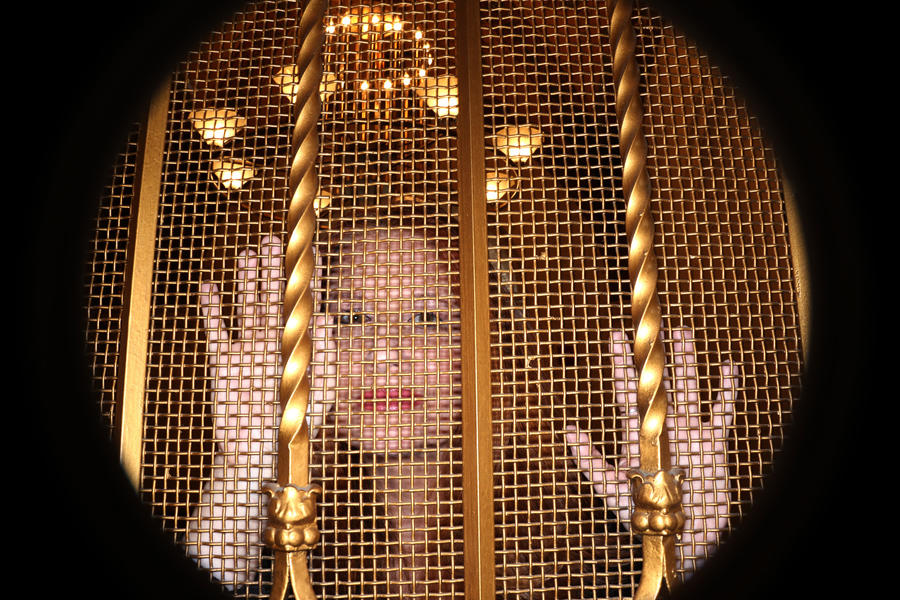 You are there on Pride Rock

"The Lion King" keeps rolling along on Broadway, but its producers aren’t getting complacent. Disney Theatricals released a virtual reality version of “The Circle of Life,” the music's opening number, last week. Steve Zeitchik, who has written about the future of virtual reality in other forms of entertainment, asked whether the move signals an end to the insistence by many producers of live theater that the "live" part is paramount. 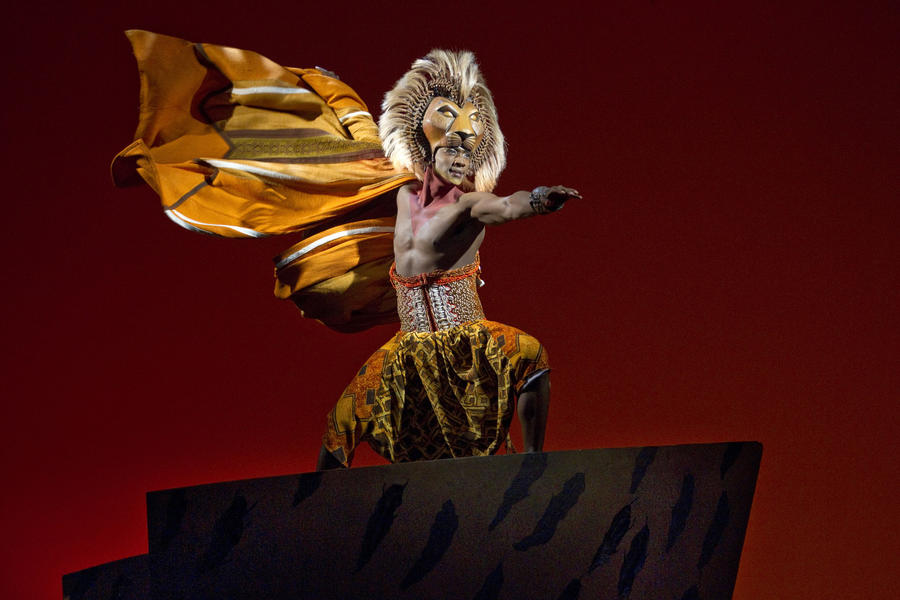 The latest chapter in the long-running Southwest Museum saga was a report by the National Trust for Historic Preservation. ... You can't beat the creative team behind "Ay, Carmela."

In the New Yorker, “Our Betrayal of Syrian and Iraqi Refugees” by George Packer, in which he calls out craven moral cowardice in Washington. And in the New York Review of Books, “The Syrian Kurds Are Winning!” by Jonathan Steele — a note of hope in an otherwise dark week.
– Christopher Knight, art critic

Tod Machover’s crowd-sourced “Symphony in D,” which the Detroit Symphony premieres this weekend, is made from hundreds of samples and musical contributions from Detroit musicians, professional and amateur, all ages and from all musical walks of life. The DSO has a webcast of this one-of-a-kind Motor City musical mosaic at www.DSO.org.
– Mark Swed, music critic