What lessons can other women learn from Peggy’s startling professional ascent on “Mad Men”? Read on. When we first met Peggy Olson in the “Mad Men” pilot, she was an eager-to-please 20-year-old fresh out of Miss Deaver’s Secretarial School. Commuting into midtown Manhattan from the far reaches of Brooklyn, she lived in fear of office manager Joan Holloway and tiptoed around her mysterious new boss, Don Draper.

Nearly 10 fictional years later, she’s copy chief at the ad agency Sterling, Cooper & Partners, owns an entire building on the Upper West Side of Manhattan and is accustomed to telling her male co-workers -- Don included -- what to do.

So just how did a simple girl from Bay Ridge rise to the top of Madison Avenue so quickly? Here are lessons other women can learn from Peggy’s startling professional ascent. 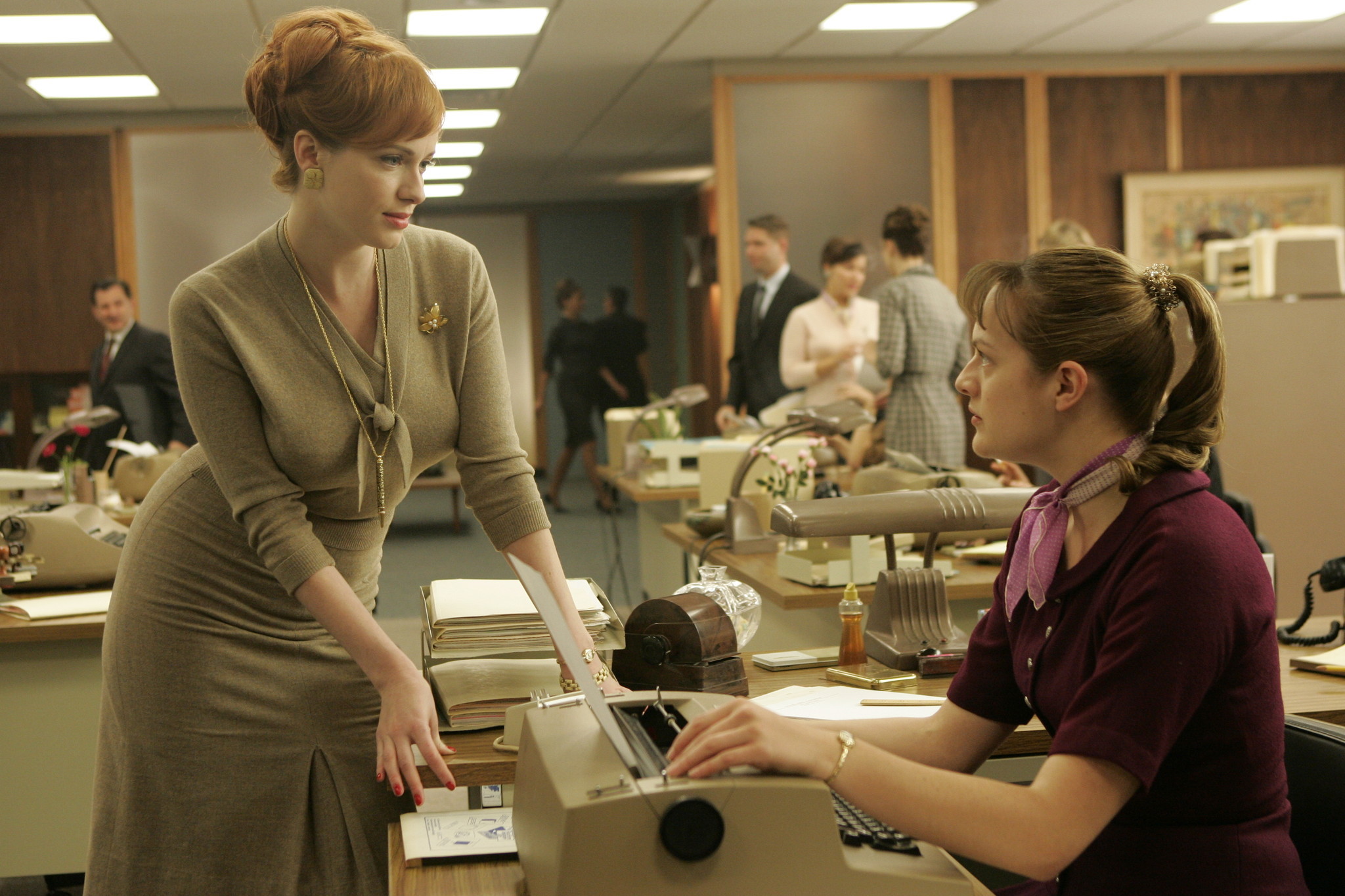 1. You don’t have to rely on your feminine wiles to get ahead. In her early days at Sterling Cooper, a naive Peggy blindly followed the example set by other women at the office, especially Joan, who doled out brutally honest advice to all the girls about making the most of their looks (e.g. “Go home, take a paper bag, cut some eyeholes out of it. Put it over your head, get undressed and look at yourself in the mirror.”) Although capitalizing on her feminine charms had been an effective tactic for Joan, for Peggy it led to some cringe-inducing moments-- like the time she tried to hit on Don on her very first day on the job. Fortunately, Peggy quickly learned to follow her own path in the workplace. 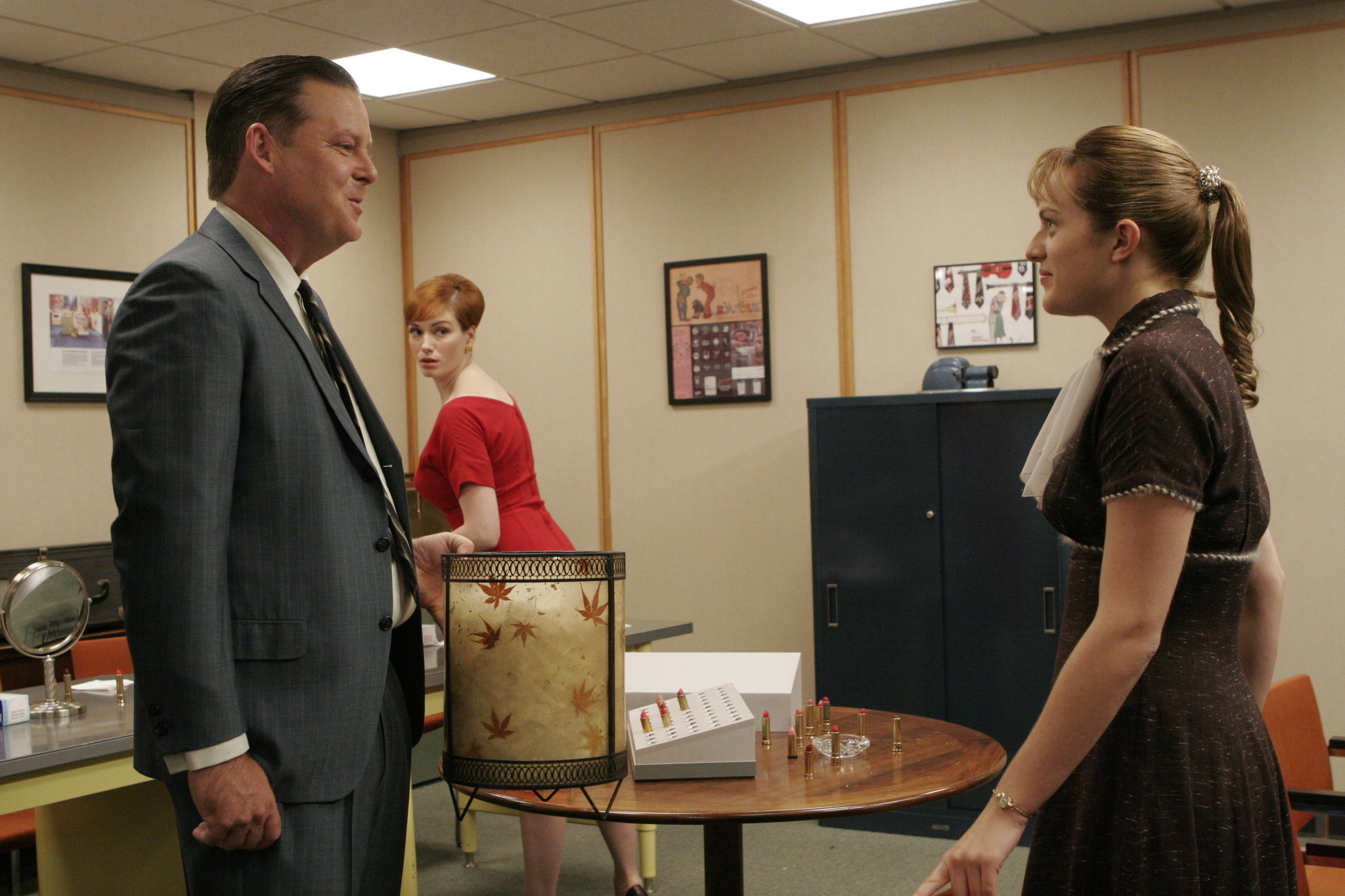 2. Sometimes low expectations can work in your favor. Peggy got her first major professional break courtesy of the hopelessly sexist Freddy Rumsen (Joel Murray), who turned to the office secretaries for help with a Belle Jolie lipstick pitch. When Peggy referred to a trashcan full of blotted tissues as a “basket of kisses,” Freddy was blown away to discover a woman could come up with great advertising ideas. “It was like watching a dog play the piano,” he said. Impressed, he asked her to write some more copy. Soon enough, that “dog” was doing much more than playing the piano -- she was also moving into his office. 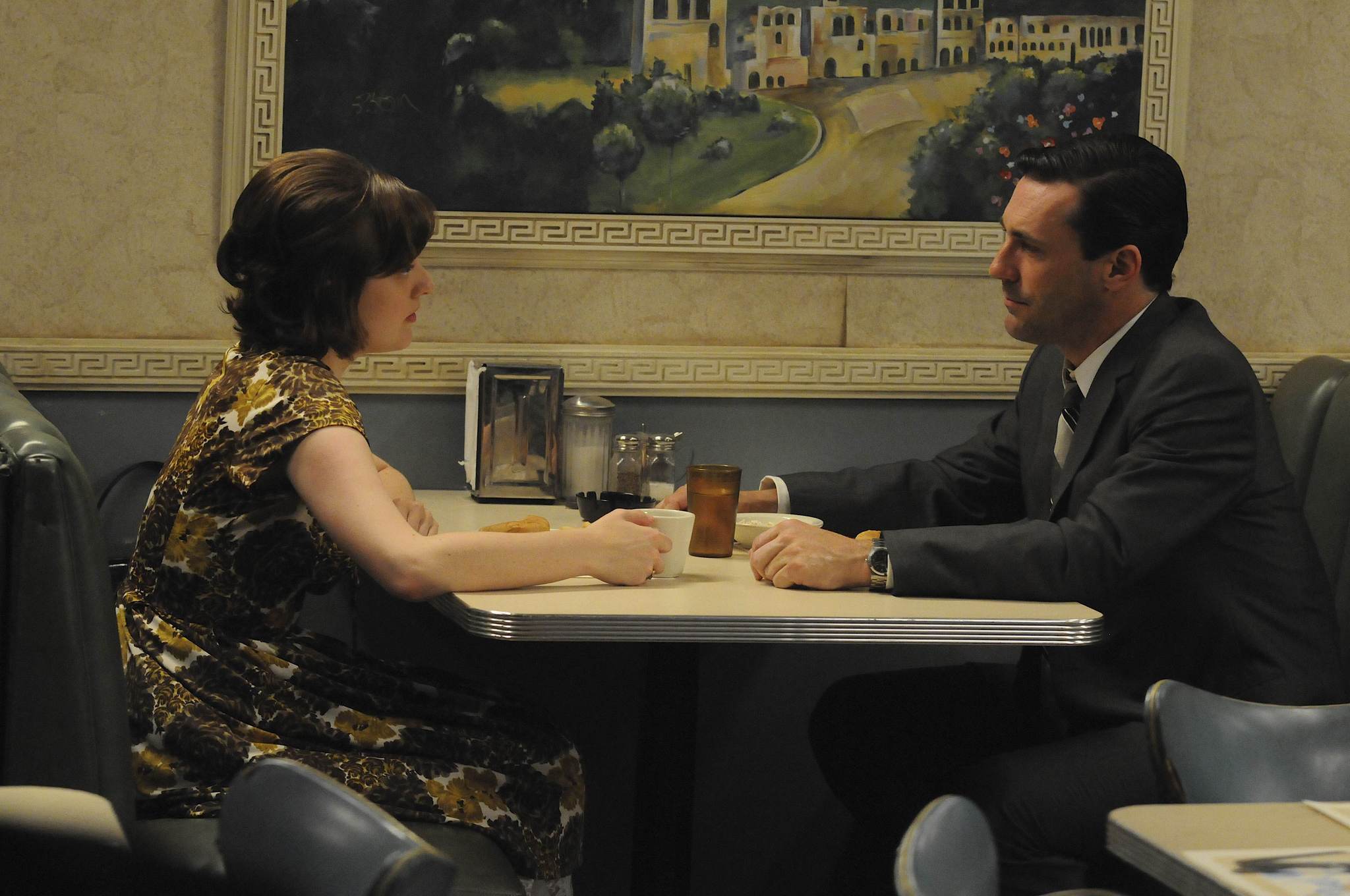 3. Get face time with your boss. As Peggy learned in “The Suitcase,” there’s really nothing like a good, old-fashioned tete-a-tete with your supervisor to help clarify your professional goals, air any grievances about your compensation or workload, and open up about that time you secretly gave birth to a baby and he came to see you in the hospital. Though, unlike Peggy, you probably don’t need to do this on your birthday. 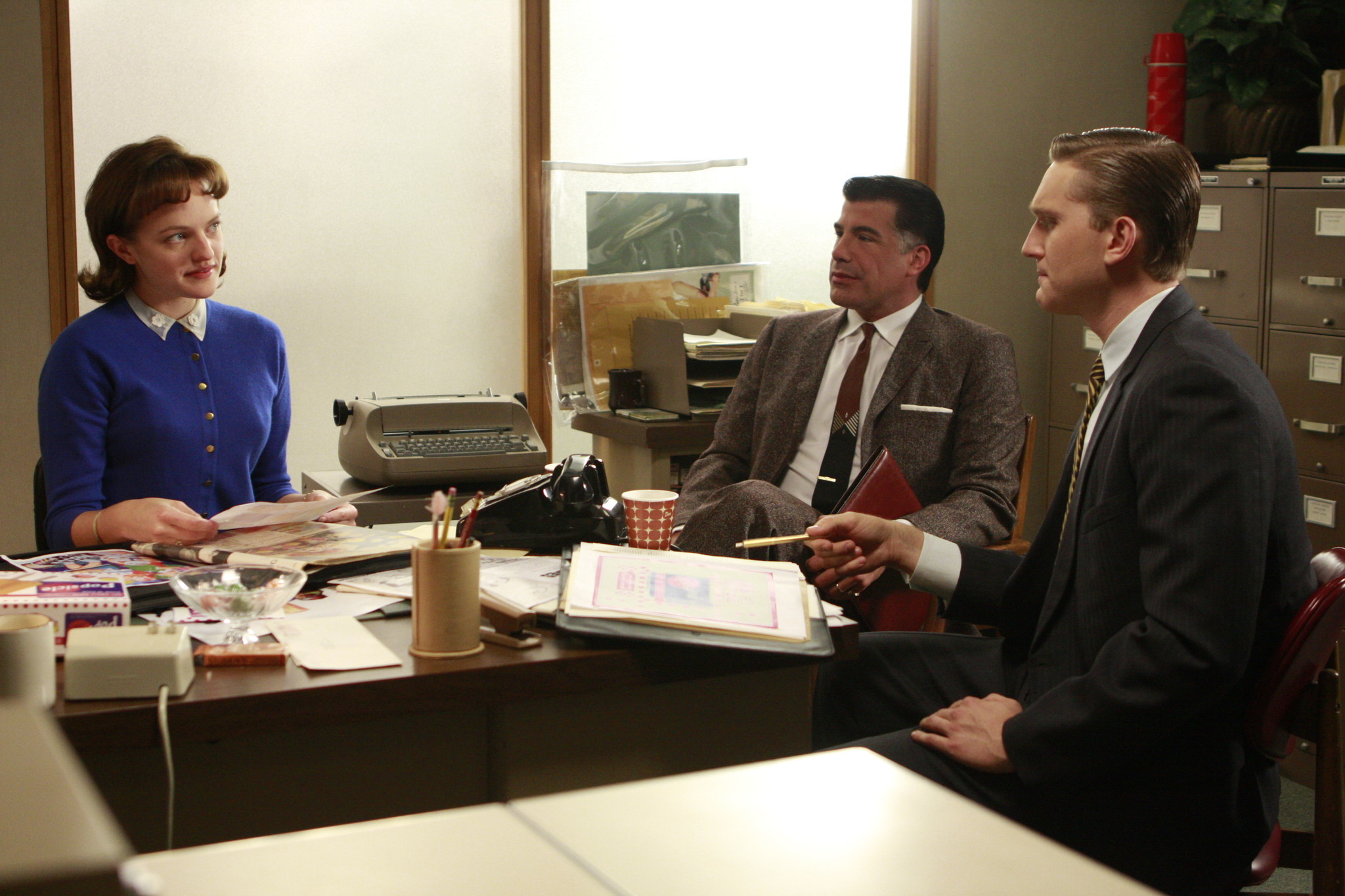 4. Demand appropriate working conditions. After she was promoted to junior copywriter, Peggy was crammed into an office she shared with a noisy and cumbersome Xerox machine, making it awfully hard to brainstorm ideas for a Popsicle pitch with Sal Romano (Bryan Batt) and Ken Cosgrove (Aaron Staton). With Freddy Rumsen on leave to deal with his drinking problem, Peggy demanded Roger give her his empty office. Speaking of which... 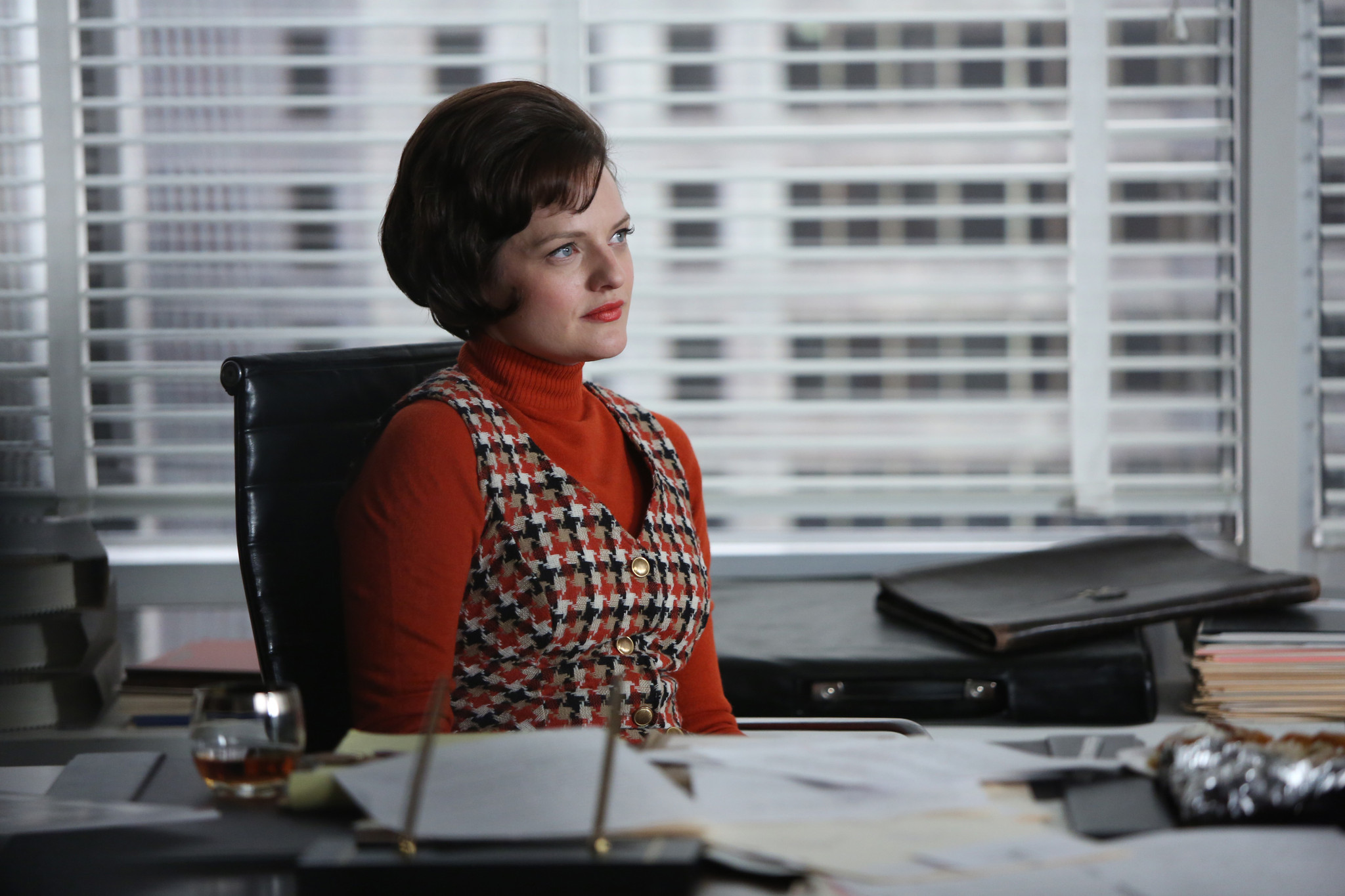 5. Don’t be afraid of power, even if it comes your way due to someone else’s misfortunes. When Don was put on leave from the agency following his Hershey’s meltdown, Peggy didn’t hesitate to take his place -- literally or metaphorically. 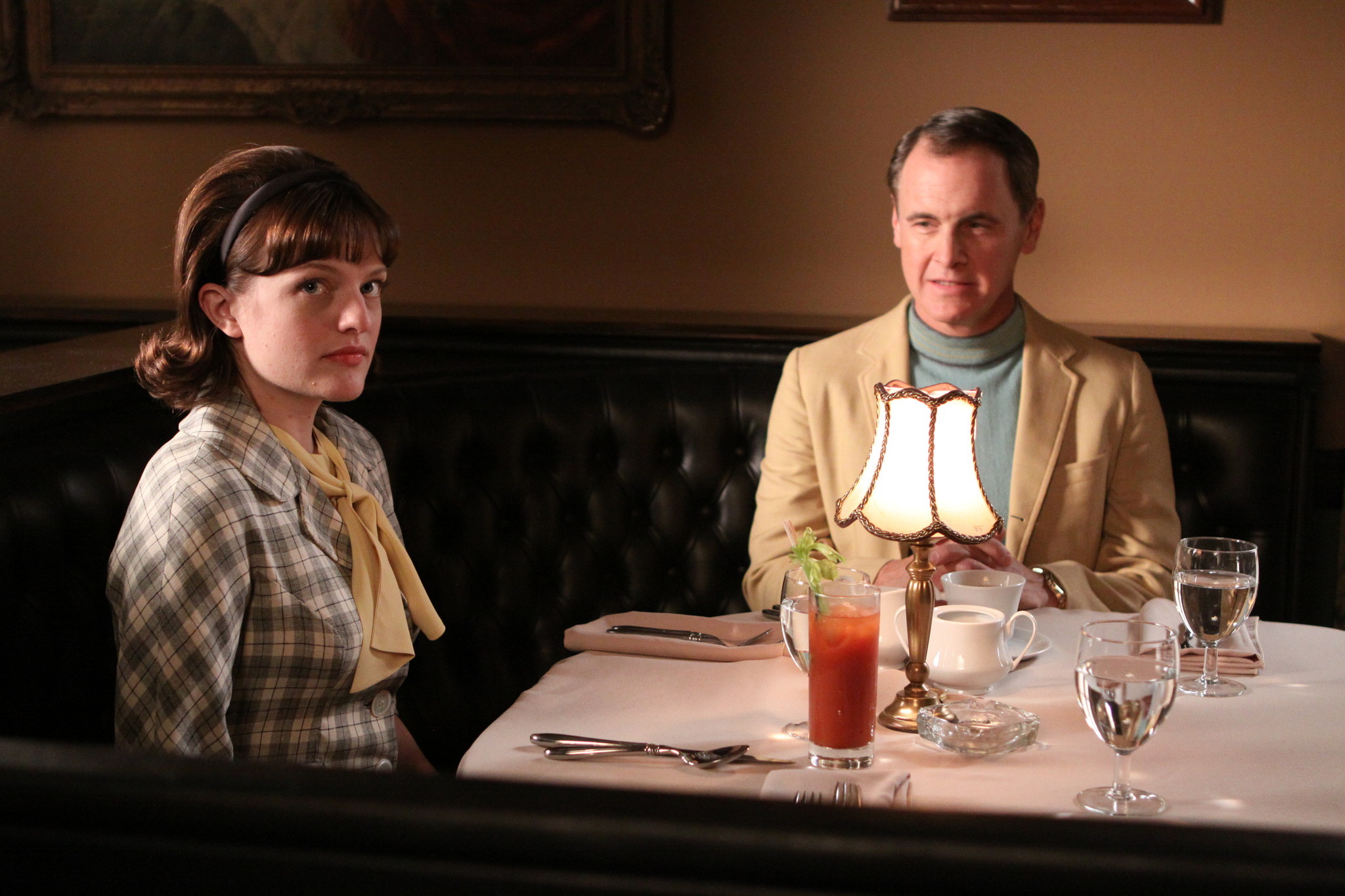 6. Remember, it’s not disloyal to consider other job offers. Feeling undervalued at Sterling Cooper, Peggy met with Don’s nemesis, Duck Phillips, about the possibility of joining him at Grey Advertising. Though Peggy declined the offer, being wooed by a rival agency gave her the confidence to demand better treatment from Don. 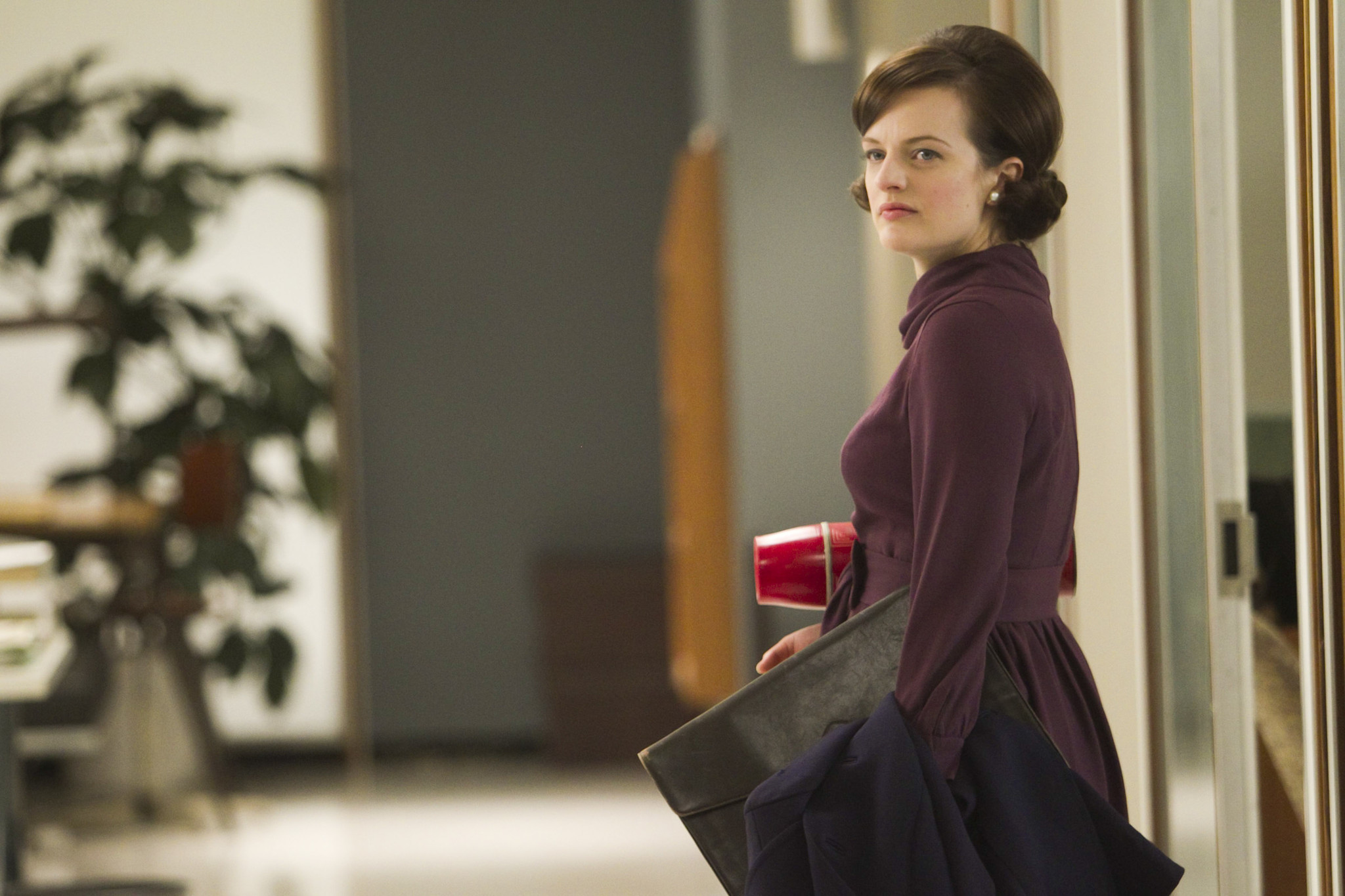 7. Be willing to walk away. It took many years and a whole lot of abuse from Don for Peggy to decide it was finally time to leave Sterling Cooper Draper Pryce for Cutler, Gleason and Chaough. “You know this is what you would do,” she told him when he accused her of being ungrateful. Not even Don could argue with that. 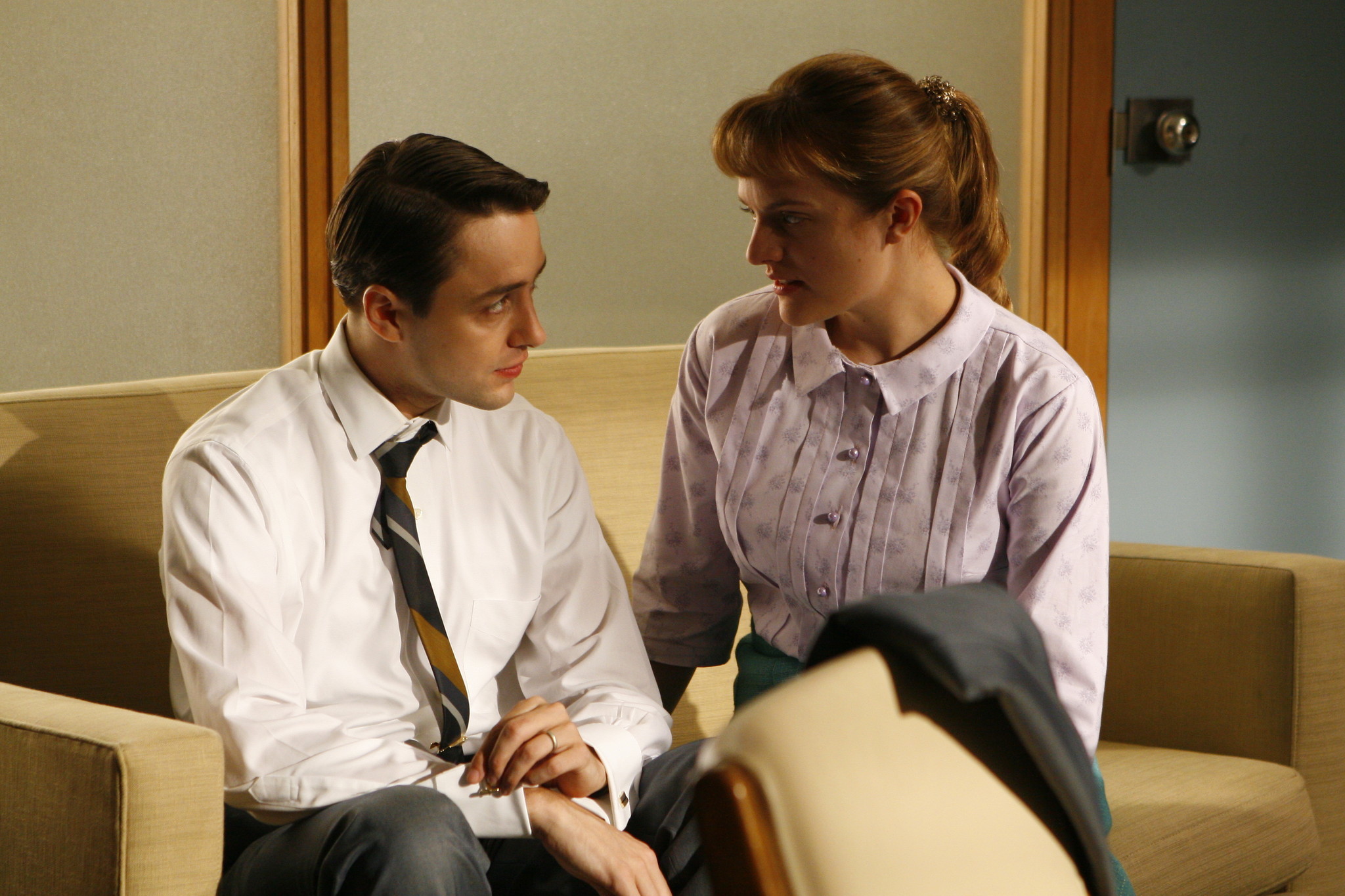 8. Even if you have a complicated personal history with a colleague, it’s possible to maintain a professional relationship. Peggy gave birth to a secret lovechild fathered by her creepy co-worker, Pete Campbell. A less determined woman might have given notice in order to avoid the inevitable awkwardness around the office, but not Peggy. Instead, about two years later she told Pete about giving the baby up for adoption and from then on pretended like nothing ever happened. Simple, right? 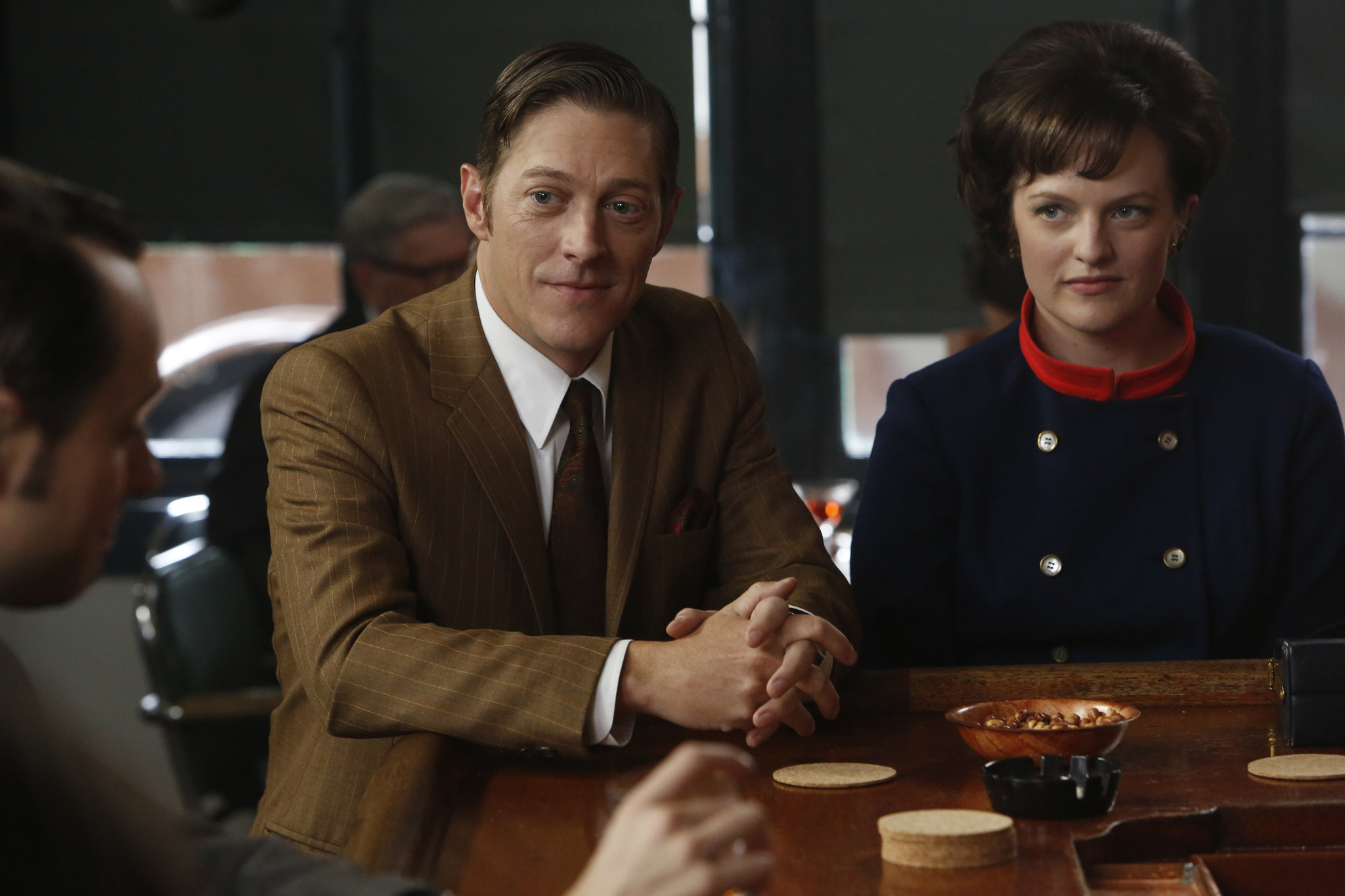 9. But whatever you do, do not fall in love with your married boss. As Peggy learned from her ill-fated affair with Ted Chaough (Kevin Rahm), this really is never a good idea. 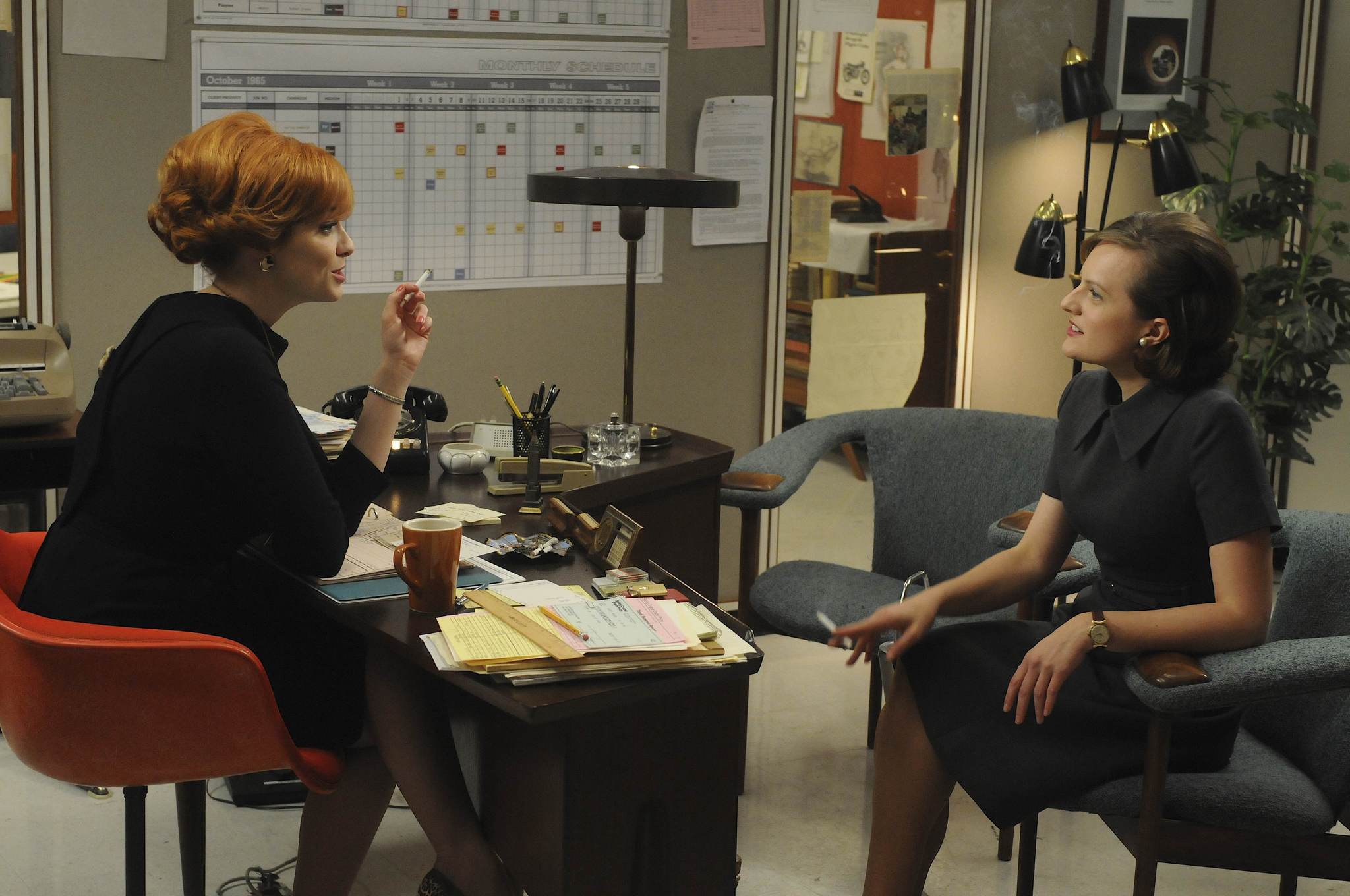 10. Reach out to other women in your workplace. You don’t have to be best friends, but as Peggy’s complicated relationship with Joan attests, it’s good to have an ally when you both really need one -- like, say, when your boss and mentor returns from a trip to California and suddenly announces he’s engaged to his secretary. 11. Make sure your partner is supportive. For a while there, it looked like Peggy had found love with Abe Drexler (Charlie Hofheimer), but the wannabe radical had little respect for her chosen profession and treated her like a bourgeois princess for feeling unsafe in their crime-ridden neighborhood. Their glaring lifestyle differences finally erupted when Peggy accidentally stabbed Abe with a spear. Ever the gentleman, he broke up with her on the way to the hospital. “Your activities are offensive to my every waking moment. You’ll always be the enemy.” You’re much better off without him, Peggy.

Show Tracker is taking a daily look at all things “Mad Men” as the groundbreaking show begins airing its final seven episodes April 5.

‘Mad Men’: A guide to catching up on 18 essential episodes

Don Draper’s suit, fedora and bar cart will go to the Smithsonian