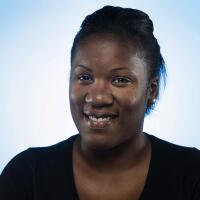 Alicia Banks is a former Metpro trainee at the Los Angeles Times. Previously, she worked at the Shelby Star and the Fayetteville Observer, both newspapers in her home state of North Carolina. In 2013, she received the Associated Press’ O. Henry Award for her series on a former homeless student who attended Harvard University. Alicia is a graduate of the University of North Carolina at Chapel Hill.