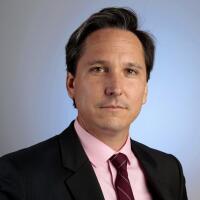 Brian Bennett previously covered the White House, national security and immigration in the Los Angeles Times Washington bureau, where he worked from 2010-18. While there, he documented a pattern of excessive force by U.S. Border Patrol agents and revealed the first arrest on U.S. soil using a Predator drone. He reported for Time magazine starting in Hong Kong in 2000, from Pakistan and Afghanistan after the Sept. 11 attacks and was its Baghdad bureau chief in 2003 and 2004. A native of Riverside, Calif., he misses being able to pick avocados and oranges in the backyard.