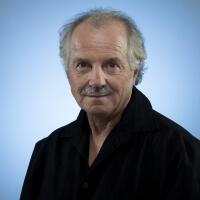 Don Bartletti joined the Los Angeles Times in 1984 and retired in 2015. His series of photo essays about young Central American migrants won the 2003 Pulitzer Prize for feature photography. He was a 2015 Pulitzer Prize finalist for his series on Mexican farmworkers. He remains especially dedicated to the causes and effects of economic migration across the southern border of the U.S. and within nearly every state in Mexico. Other documentary subjects have taken him to 23 countries around the globe.