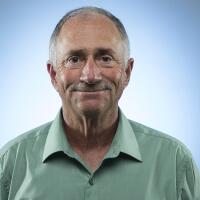 A former obituary writer, Steve Chawkins joined the Los Angeles Times in 1987 after working as a reporter and editor at the Santa Fe Reporter in New Mexico and the Rocky Mountain News in Denver. He has been a roving state correspondent and a columnist and reporter in the Ventura County edition. He also was managing editor of the Ventura Star-Free Press. He graduated in 1969 from Trinity College in Hartford, Conn. Chawkins left The Times in 2015.