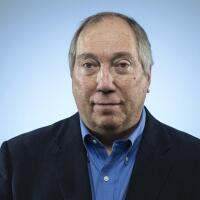 William Nottingham edited Los Angeles government news as deputy chief of the city-county bureau. Since joining the Los Angeles Times in 1985, he has been a reporter and editor concentrating on state, local, and regional governments. He grew up in Tampa and graduated from the University of South Florida. During off hours, he tours California wineries and watches a lot of hockey. He left The Times in 2015.