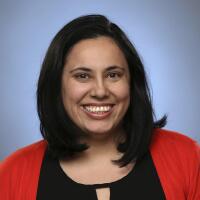 Former staffer Zahira Torres previously covered education for the Los Angeles Times. She left in 2016. Prior to joining The Times, Torres was part of the investigative team at the Denver Post and the Austin bureau chief for the El Paso Times in Texas. She has won several state and national awards, including the Freedom of Information Foundation of Texas’ top honor for a yearlong investigation that exposed a school cheating scheme that denied an untold number of public school students a proper education.