Drag the slider to compare the images. 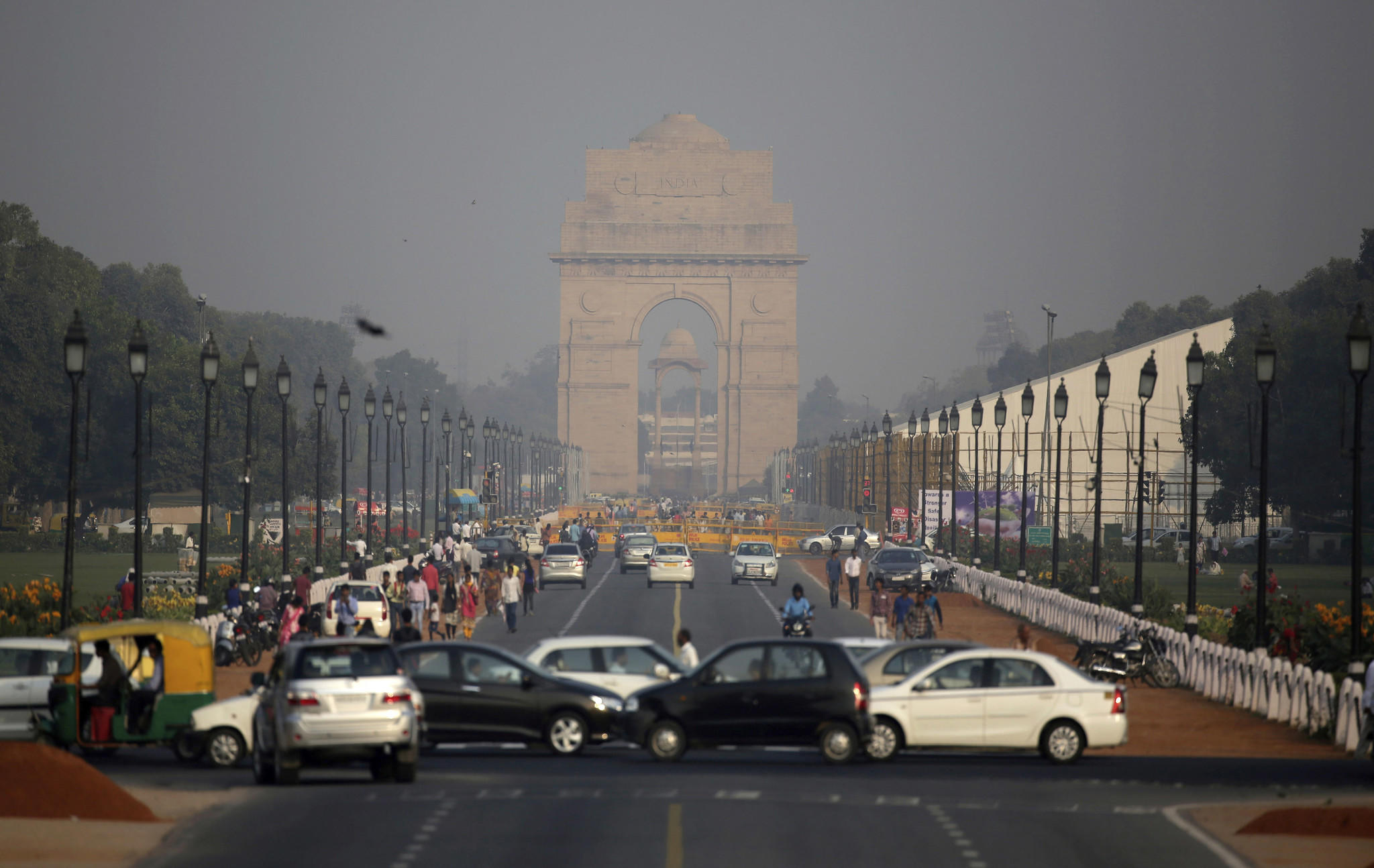 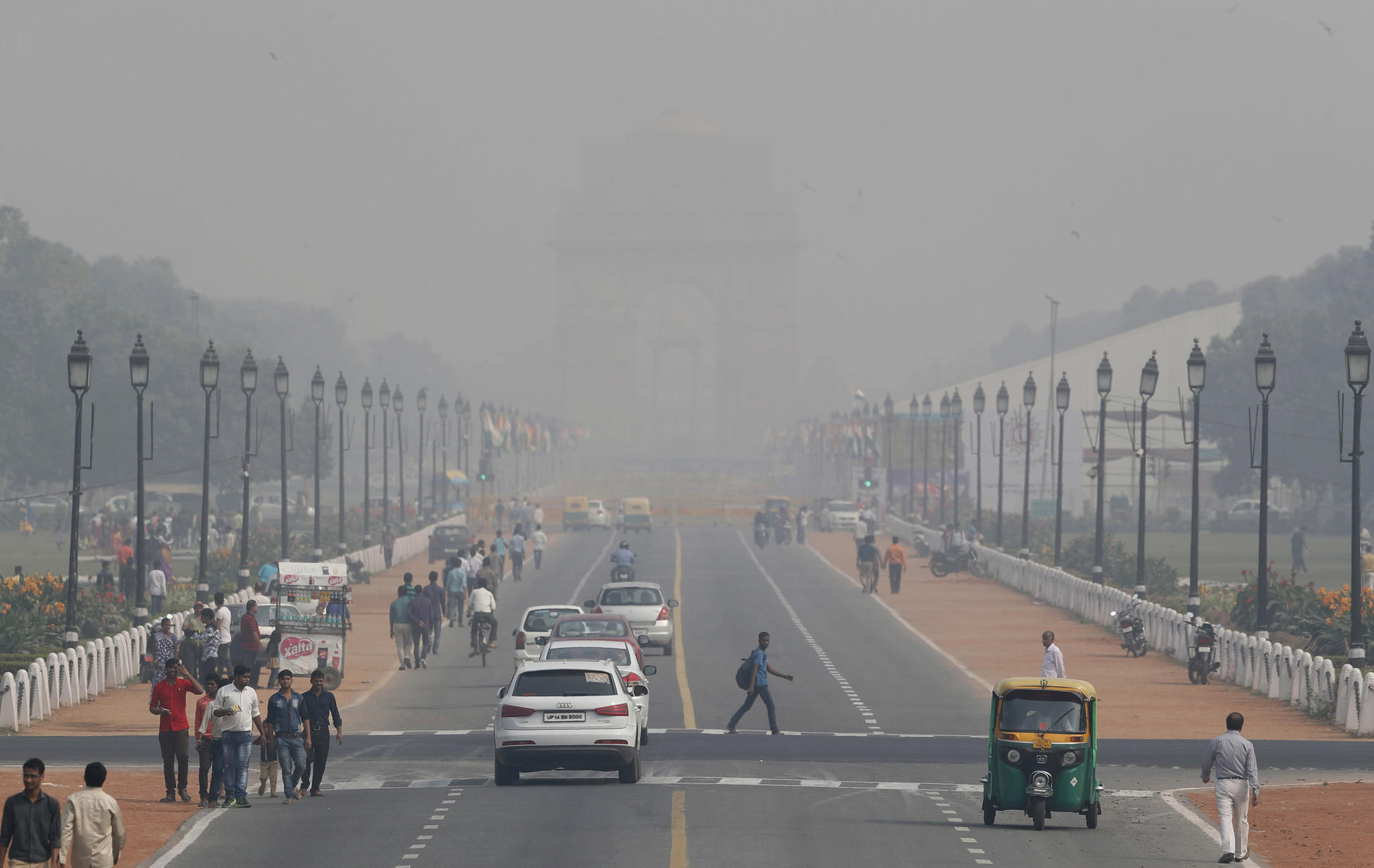 In this combination of two photos, traffic moves past the landmark India Gate monument on Oct. 28, 2016, left, and a day after the Diwali festival on Oct. 31, 2016, right. As Indians wake Monday to smoke-filled skies from a weekend of festival fireworks for the Hindu holiday of Diwali, New Delhi's worst season for air pollution begins. A new report from UNICEF says about a third of the 2 billion children in the world who are breathing toxic air live in northern India and neighboring countries. (Altaf Qadri/Associated Press, left, and Tsering Topgyal, right)