Dying for relief | A Times Investigation 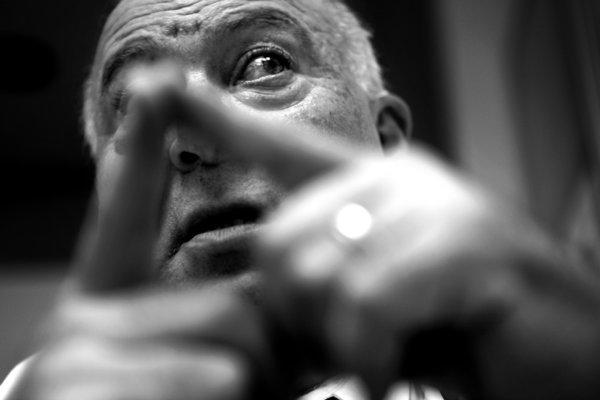 Doctors tried to turn in one of their own

According to court records, physicians in the community and the parents of patients hooked on pills complained to the Medical Board of California for years that Diaz was recklessly prescribing drugs.

But Diaz was not stopped until this year — after 17 of his patients had died of overdoses or related causes, coroner's records show.

One doctor at Santa Barbara Cottage Hospital said he had sent the medical board letters about Diaz starting in 2005 or earlier. Another physician compiled a list of incidents in which Diaz's patients were treated for drug intoxication in the emergency room: 410 times in a two-year period, court records show.

"We see at least one patient a month who is admitted for detoxification from excessively high doses of narcotics after seeing Dr. Diaz," three doctors and a nurse wrote to the board on Oct. 26, 2009. "He is often described as a 'doctor you can get anything from' by patients…"

"We have previously raised concerns with the medical board regarding Dr. Diaz's prescribing practices but are corresponding again because we continue to see patients who have become addicted under his care."

Diaz's patients were treated for drug intoxication at one emergency room 410 times in a two-year period, court records show.

By then, 13 of Diaz's patients had died. Four more would die over the next two years.

In September 2010, court records say, a medical board investigator made a surprise visit to Diaz's office to look into a mother's complaint that he had turned her daughter into an addict — an allegation he denied.

An expert for the board reviewed Diaz's treatment of the daughter and found nothing wrong. The board took no action.

Records do not indicate how the agency responded to the earlier complaints about Diaz.

In January, federal agents arrested Diaz on charges of drug trafficking. He pleaded not guilty and is awaiting trial. Two months later, the medical board accused him of excessive prescribing to one patient. The board revoked his license after he failed to respond to the accusation.

Diaz, 64, said in an interview that many patients came to him already addicted. "If you don't give them the medications, they are going to go to the street to get it," he said. Asked if he felt responsible for any of the overdose deaths, Diaz said: "Oh, I do.... I was the one providing the medications."

Update Required To play the media you will need to either update your browser to a recent version or update your Flash plugin.

Injuries he suffered as a stuntman and in an auto accident left John Jackson dependent on prescription narcotics.

The toll could easily have been higher, he added. Diaz said he took precautions such as requiring patients to sign contracts promising not to overuse painkillers and dismissing patients he believed were addicts.

"By not prescribing to people that are not honest, maybe we avoided another 20 or 30 cases of death," he said.

The Medical Board of California put Dr. L. Scott Stoney on probation for 10 years for excessive prescribing, falsifying records and other offenses.

It was a stiff sanction by the agency's standards. But when a judge recommended that Stoney's probation be lifted three years early, the board did not object.

The Newport Beach pain specialist said he had turned his practice around and had grown wise to the tricks some patients used to obtain prescription painkillers. A doctor who had monitored his practice vouched for Stoney's assertions that he had better-trained staff and had begun requiring patients to sign contracts agreeing not to abuse the drugs he prescribed.

"He has taken the opportunity in the last seven years and truly turned the bitter taste of lemons into the lemonade of a new and different person and physician," state Administrative Law Judge Stephen E. Hjelt wrote in August 2009. "Perhaps the best word to describe the change in respondent's practice is vigilance."

Unmentioned during the hearing, and apparently unknown to the judge and the board, two of Stoney's patients had fatally overdosed on medications he prescribed while he was on probation, according to coroner's records. One was addicted to pain medications and had overdosed previously, the records state.

Four more of Stoney's patients — all known drug abusers — have died of overdoses since his probation was lifted, according to coroner's records.

Four more of Stoney's patients — all known drug abusers — have died of overdoses since his probation was lifted, according to coroner's records.

One of those patients had a crack habit and liked to take "a handful of pills" when she became upset, coroner's records state. Another had taken to smoking his pain medications or dissolving them in cocktails. A third was hospitalized after mixing alcohol and pain drugs, then suffered another overdose, this one fatal, a week later, coroner's records say.

Medical board officials declined to discuss Stoney's case. Stoney, 51, a graduate of Robert Wood Johnson Medical School in New Jersey, did not respond to requests for an interview.

In a promotional video on the doctor's website, several people identified as Stoney's patients deliver glowing testimonials to him.

"Because of your work, your patients have described you as a miracle worker," an interviewer says. "When they talk about you, tears come to their eyes. You've saved some lives. Is that what your favorite part of your job would be?"

Stoney replies: "When I am able to help them and I can take them from their situation to a better quality of life, that's the most rewarding and most joyful experience I've ever had in my life."