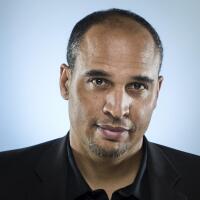 Kurt Streeter wrote news features, covered transportation and crime, and was a columnist for the Sports section during his tenure at the Los Angeles Times. The most recent of his honors came from the California Newspaper Publishers Assn., which gave him its Best Feature Writing award in 2013 for a series chronicling life inside a hospice for hardcore prisoners. Two of his stories – a series about a girl boxer from East L.A. and her struggling father, and the tale of an elderly boxing timekeeper – appeared in the Best American Sports Writing anthology in 2006. An accomplished athlete, prior to his career in journalism he was world ranked by the Assn. of Tennis Professionals for three years.