‘Los Feliz’: How you say it tells about you and L.A.

The Spanish names bequeathed by early settlers later took on a Midwestern inflection. Now the Spanish versions are making a comeback &#8212; to some speakers’ discomfort. 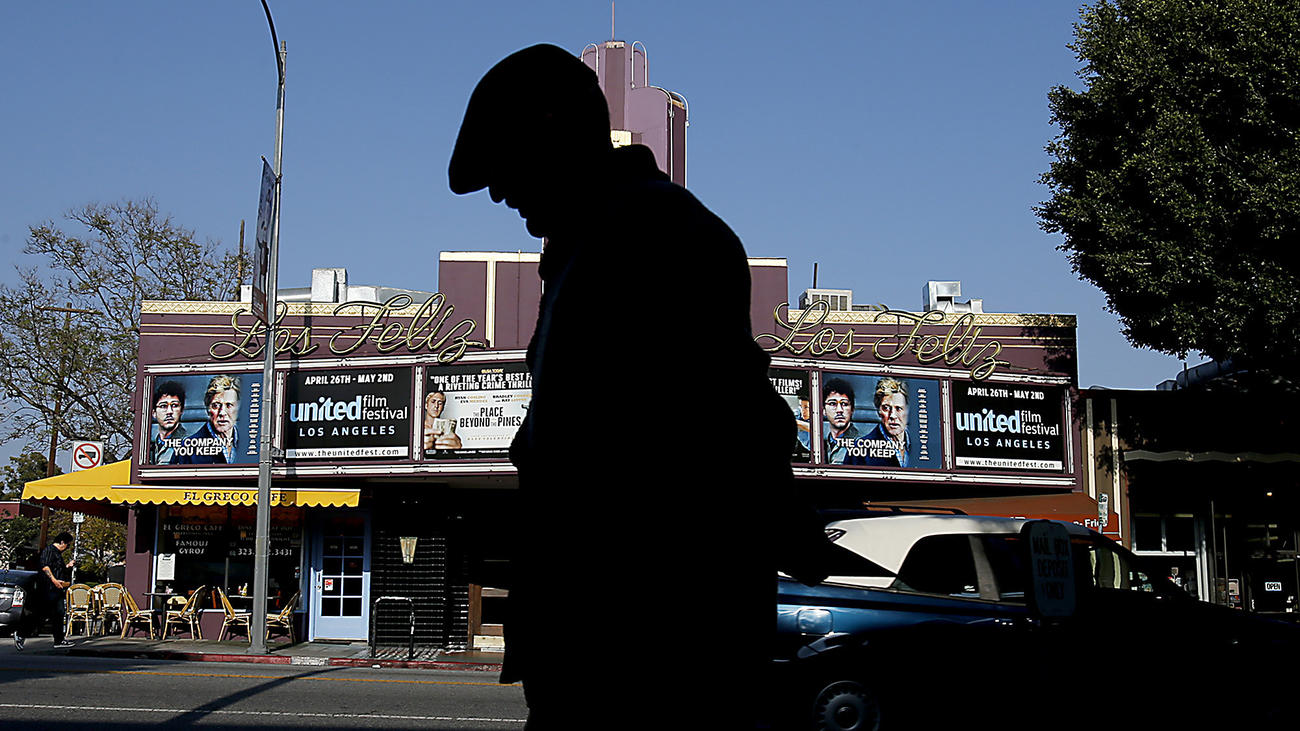 A pedestrian walks past the Los Feliz Theater on Vermont Avenue. Today, no one can seem to agree if using the Spanish pronunciation for the area is respectful -- or pretentious. More photos

The Spanish names bequeathed by early settlers later took on a Midwestern inflection. Now the Spanish versions are making a comeback — to some speakers' discomfort.

Photography and video by Luis Sinco

The phone jangles in the bright white-walled computer shop off Hillhurst Avenue, and Ariel Belkin picks it up.

After the call comes his confession.

The 30-year-old tech whiz, who also plays guitar in a band, moved to Los Feliz from the Valley a year and a half ago. Back then, he resolved to pronounce his new neighborhood as Los Fey-LEASE. The Spanish pronunciation, he says, is the "the right way."

But pretty soon he caved to the weird stares and smug corrections from locals and switched to the more common anglicized pronunciation.

But Belkin isn't the only one in a pronunciation quandary, and neither is Los Feliz.

Many of the names that dot the maps of Southern California originate with the Spanish settlers of the 17th and 18th centuries and the Native Americans before them. The English-speaking people who eventually developed the region loved the romantic feel of the Spanish place names but brought a decidedly Midwestern way of pronouncing them.

These days, though, Spanish pronunciations are making a comeback.

"It's part of the re-Latinization of Los Angeles," said historian William Estrada. "Intersections of culture come about in cuisine and in spoken word — in the changing movement to the correct, authentic pronunciation." 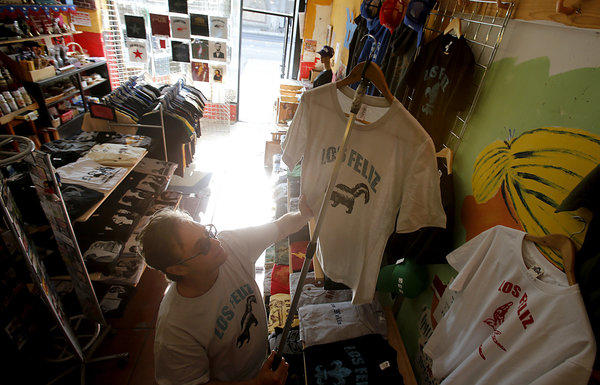 But some stick to the anglicized versions, using air quotes to say that even if they're not "right," they still feel as if it's the way to go.

For anchorman David Ono, getting the pronunciation right is a near-nightly battle.

When he struggles with how to pronounce Spanish place names in the news, his colleagues at KABC-TV Channel 7 often pitch in suggestions.

Sometimes he calls city halls directly during commercial breaks, hoping for an answering-machine recording — a window into how locals say it.

Even that can be a crapshoot.

Take Hemet-adjacent San Jacinto, for example, where answering-machine messages at the library, museum and Chamber of Commerce offer three pronunciations — versions in which the second word starts with either an "h," "j" or "y" sound.

In "up in the air" cases like that, Ono said, he errs toward a Spanish pronunciation to honor the name's roots.

Waldie, who consciously avoids using a "flat, Midwestern pronunciation," takes the same approach. Every time he takes an admittedly rough stab at pronouncing Southland names in Spanish, he proves his point: Perfection isn't the key. Trying is.

"We don't need to get it exactly right," he said. "We have to get it right enough to be culturally aware."

Perhaps nowhere is this pronunciation debate taken more seriously than in Los Feliz.

More than 200 years ago, before the wealthy or the mod descended on the lush, mansion-dotted hills east of present-day Hollywood, Cpl. José Vicente Feliz called them home. As a "thank you" for his service, the Spanish crown granted him a wide swath of the land he helped settle. From then on, it bore his name: Rancho Los Feliz.

Today, no one can seem to agree if using the Spanish pronunciation is respectful — or pretentious.

Donald Seligman, former president of the Los Feliz Improvement Assn., said he and most longtime residents still anglicize their neighborhood's name. He thinks pronunciation is about practicality.

"I don't think one or the other is correct," he said. "I think it's a matter of understandability."

Tom LaBonge, the jolly councilman who represents the rancho-turned-hipster-enclave-in-the-hills, also sticks to the anglicized pronunciation he heard growing up. Griffith Observatory museum guide Angelica Ruiz, however, pronounces Los Feliz in Spanish. (She anglicizes it when talking about Los Feliz Boulevard, though, and isn't sure why.) And Bill Wyatt, who owns a T-shirt shop in the neighborhood, uses the anglicized pronunciation until December, when "Feliz Navidad is on the tongue." 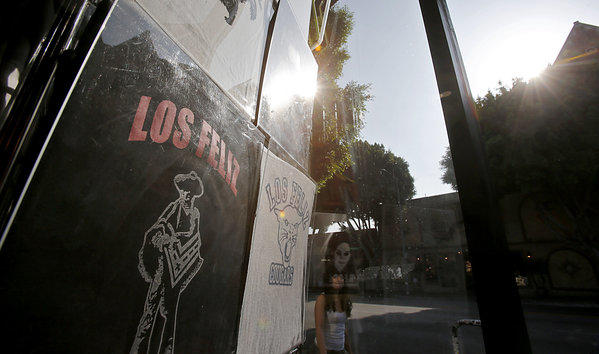 Y-Que Trading Post specializes in T-shirts with a neighborhood theme. An online poster said she thinks both the "gringo way" and the Spanish pronunciation for Los Feliz are acceptable. More photos

Twitter debates on the issue often devolve into defeatism or snark.

Why add a Spanish flair to Los Feliz and not to Los Angeles, one person quipped in under 140 characters. In a light-hearted, sad-face-emoticon-punctuated tweet, one woman admitted that she uses "Los FEE-lus" and called herself a "bad Mexican." Others thought that nobody does — or ever will — know which way is right.

And there's no one place to go for a definitive answer.

The U.S. Board on Geographic Names — the spelling authority for the country's cities, rivers and even post offices — used to keep track of official pronunciations. But it gave up decades ago, because it got too overwhelming.

On a warmish weeknight in Los Feliz, LaBonge and some of his staffers walked outside Griffith Observatory.

The councilman spotted a group of Japanese tourists eyeing the sparkle of his city's skyline and greeted them with an "arigato."

As he chatted with them, one girl swiped her fingers in a reverse pinch and her phone's screen zoomed in on a word. LaBonge guffawed and asked her to read the name. She shrugged and sounded it out.

"Liiiiiis Feeeeee-liiiits," she said, her pitch swelling at the last syllable to ask if she'd passed the test.

A Times reporter spends a day picking berries with migrants, it feels like forever