Zach Bowers, a young refugee from a breakaway polygamist sect of the Mormon Church, is learning life in the outside world.

Zach Bowers, a young refugee from a breakaway polygamist sect of the Mormon Church, is learning life in the outside world. 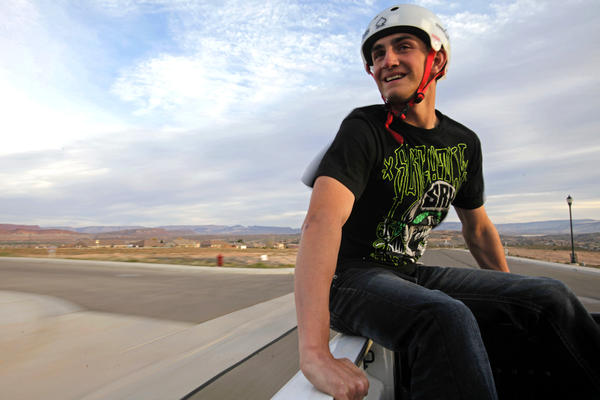 "I didn't even know what the president was," Zach Bowers says of his time on the fundamentalist compound. "I knew there was somebody over the United States, but I didn't know they called it the president." (Michael Robinson Chavez / Los Angeles Times) More photos

ach Bowers' cultural education included a battle of wills over a simple task: how to mop the kitchen floor.

Just when the teenager thought he was done with the weekly chore, Debbie Hofhines would loom like a drill sergeant, demanding to know whether he'd used enough cleaner. In response, Zach grumbled, slammed drawers and disappeared with friends.

This was no typical parent-teen faceoff. Zach, who grew up in a polygamist compound, had always been taught that women served men. Debbie, 51, a veteran foster parent, was determined to show him housework was not just women's work.

"This is my house," he says Debbie told him. "And nobody tells me what to do here."

It took months for Zach to accept that women can be strong and assertive — one of many lessons he would learn about life in the outside world. Now 18, Zach is a defector from the secretive Fundamentalist Church of Jesus Christ of Latter-Day Saints, a breakaway sect of the Mormon Church that practices polygamy, dictates almost all aspects of people's lives and casts women into subservience.

In 2009, after an argument with his father, Zach joined an ongoing exodus from the sect. Each year, Utah officials say, hundreds of teens raised in Colorado City and Hildale, an adjoining community in Utah, abandon their families for lives beyond the reach of the domineering church.

Many end up in St. George, a city of about 75,000 predominantly Mormon residents two hours northeast of Las Vegas. Residents have welcomed the refugees to help the needy and dispel perceptions that all Mormons practice polygamy. The main Church of Jesus Christ of Latter-day Saints disavowed the practice a century ago. 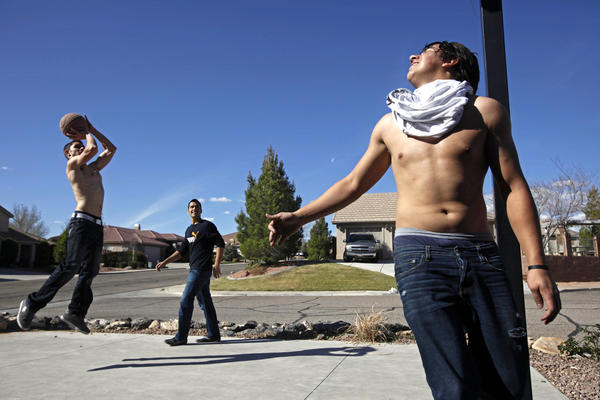 For three years, Zach has lived with Debbie Hofhines and her husband, Brent, 52, along with Zach's older brother Caleb, 23, and half-brother Isaiah, 17, who also fled the sect. Together, the three have become part of a tightknit yet patchwork clan, joining the Hofhines' two children, son Keaton, 21, and daughter Kasie, 17.

Perched on a bluff with endless views of southwestern Utah's rust-colored landscape, the Hofhines' six-bedroom house serves as a cultural crucible where the former sect members witness life in mainstream society. They've learned about the intimacy of a nuclear family, how to spend fun time with parental figures — off-roading, seeing movies, even taking a cruise.

The brothers' learning curve is often steep. On his first ocean swim, Zach gulped water and nearly vomited: He'd never heard of saltwater. They've learned how to talk to girls, whom church elders warned "to avoid like poisonous snakes."

Though the compound sits just 45 minutes away, the boys rarely return. Once known as Short Creek, the settlement is often called "the Creek," which the boys pronounce "crick." They call themselves "pligs," short for polygamist children.

Caleb and Zach lost their mother to a car accident years ago and no longer talk to their father. After visiting his mother and her 12 remaining children, Isaiah said he felt sorry for her.

Zach, who for years had longed for freedom, recalled his last days at the compound. His father had promised four sons dirt bikes if they built a fence. But as punishment for riding his pedal bike out of the family yard, Zach didn't get his dirt bike. That's when he told his father he was leaving.

"I've heard that before," he recalled his father saying.

The exchange sealed Zach's decision: "So I told him, 'Dad, it's true this time. I'm done.'"

Zach was 14. He called a brother who had previously left the sect to come get him.

For Zach and Isaiah, both 11th-graders, there have been stumbles, including alcohol and marijuana use. Debbie views such episodes as the perils of growing up in America. The Hofhines impose a curfew, but the boys can choose how to spend their leisure time.

Zach knows the temptations: "When you get out, with everything they told you you can't do, now you say, 'Just watch me.'" 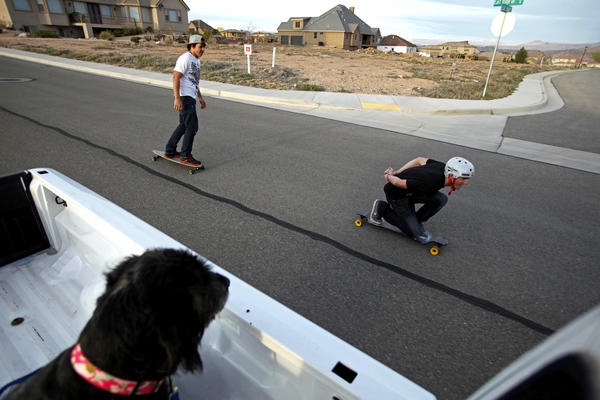 Isaiah and Zach Bowers, 18, from left, head for a hill on their skateboards in their St. George neighborhood. They are gradually adapting to their new lives with a mainstream Mormon foster family.(Michael Robinson Chavez / Los Angeles Times) More photos

The floor-mopping feud was Zach's reality check. "After a couple of months, I just got used to it," Zach recalled. "I'm like, 'I'm going to have to live with this. I'll just do it right, and that way she can't get mad at me.'"

Now he doesn't need to be told twice how to clean the microwave, dust the blinds or scrub the sink.

Sect members who escape their compound are largely invisible to society, and are often without birth certificates or Social Security numbers.

"They're akin to a refugee population, except they were born in the U.S.," said Shannon Price, director of the Diversity Foundation, a nonprofit that specializes in offering financial aid and scholarships to 400 polygamist children. The group provides $740 monthly to the Hofhines to care for Zach and Isaiah.

A handful of other nonprofits in Utah provide polygamist children housing and medical care, said Bonnie Peters, executive director of the Family Support Center, which has helped 150 such offspring.

Some children sneak away from the compound and live on the street. Some move in with siblings who fled before them. Others join St. George families like the Hofhines, who received power of attorney for Zach and Isaiah after their father signed off on the arrangement. They've legally adopted Caleb.

Zach recalled the first time Brent and Debbie invited him to the movies, to see the animated "Despicable Me."

Back at the Creek, the boys rarely socialized with their parents. Movies were banned. A friend once drove to a nearby town, bought a DVD player to watch movies and then threw everything away rather than risk getting caught.

When you get out, with everything they told you you can't do, now you say, 'Just watch me.'"

"I thought I couldn't be myself," Zach said of that first film outing. As the movie played, he learned to laugh along with Debbie and Brent.

For Isaiah, a quiet boy with bangs in his eyes who plays video games on a 52-inch TV in his room, seeing a movie with adults almost spoils the adventure. "Movies aren't as cool when you don't have to hide to watch them," he said.

Zach was home-schooled — lessons involved reading the Bible and the Book of Mormon exclusively — and he was forbidden from watching TV or reading newspapers. He left the sect with little grasp of math, science or history. Multiplication tables baffled him and his reading skills were below normal. Zach admits he didn't know who Osama bin Laden was until the terrorist leader was killed in 2011.

"I didn't even know what the president was," he said. "I knew there was somebody over the United States, but I didn't know they called it the president."

Both Zach and Isaiah were once told how to wear their hair, what type of shoes to wear. They could never take off their long-sleeved shirts in public and had to wear long underwear year-round. Women are forced to wear long-sleeved prairie dresses, their hair worked into elaborate buns in the style of 19th century homesteaders.

Now Isaiah revels in dressing like an average teen, sporting a T-shirt with gothic etchings and a ball cap that reads "Hustle Trees." He doesn't know what that means, but said, "It just looked cool."

Zach also relishes the freedom. One day, he peeled off his shirt to shoot baskets outside the house. 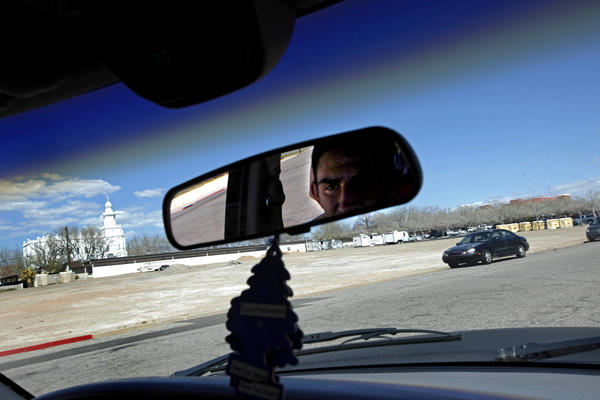 He has also discovered girls after avoiding them all his life. In his first encounter, he swallowed hard and walked up to a schoolmate: "I was like, 'Um, do you know where class is?'" After several months, he realized they weren't poisonous snakes after all.

At first, Isaiah endured the laughs when he told friends he'd never heard of the "Star Wars" movies. Now he returns the ribbing, joking with gullible classmates that he has two wives back at the compound.

He dismisses the term often used for teens fresh out of the compound: lost boys. He shakes his head. "I'm not lost."

Their years at the Creek have made Zach and Isaiah distrust organized religion, a fact that saddens Debbie, a devout Mormon.

Still, she revels in the boys' emotional breakthroughs. Especially with Zach. Before bed, he now comes into the Hofhines' room to kiss them good night. And now, for the first time, he calls them Mom and Dad.