Doctors and nurses all wanted to tend to the broken yet beautiful 23-year-old. Then they became part of an unforgettable farewell.

Doctors and nurses at St. Joseph Hospital all wanted to tend to the broken yet beautiful 23-year-old. Then they became part of an unforgettable farewell.

Tender care and a painful goodbye to Kim Pham 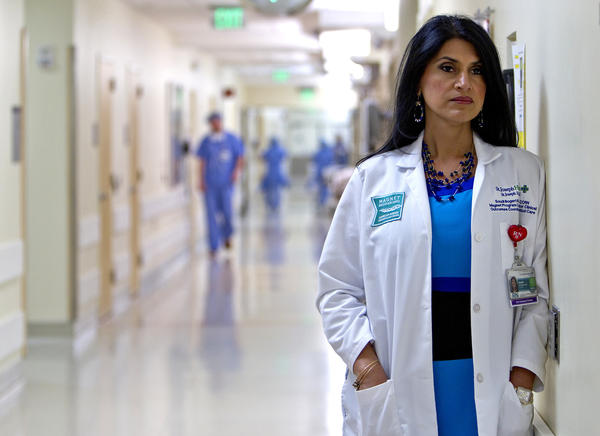 It would be hours before the story of the brawl outside a downtown Santa Ana nightclub would be picked up by the media. Even when details came spilling out, staffers at St. Joseph Hospital in Orange tried to ignore what was going on outside. "No one knew why she was here and that was fine," said Soudi Bogert, a veteran ICU nurse. "We had our job to do." (Gina Ferazzi / Los Angeles Times) More photos

Doctors and nurses at St. Joseph Hospital all wanted to tend to the broken yet beautiful 23-year-old. Then they became part of an unforgettable farewell.

Just after midnight, paramedics rolled a stretcher with a heavily bruised woman into the emergency room at St. Joseph Hospital in Orange. Aside from a credit card, she had no belongings. The only person accompanying her was a Santa Ana police detective.

She looked so young, so alone.

By the time Shannon Semler had finished the paperwork and admitted Kim Pham to the ICU on that January day, it was past 7 a.m. Questions darted through the nurse's mind. The patient was slight and — even with severe injuries to her head — strikingly pretty. Something very violent had happened.

"I knew by looking at her that she had been attacked," Semler said. "But we're not a trauma center — what is she doing here?"

Although St. Joseph was no stranger to the critically ill and dying, most patients were older and arrived with detailed medical histories. Those with traumatic injuries were generally routed to UCI Medical Center in Orange or over to Western Medical Center in Santa Ana.

But it was a busy night, leading Pham to land at St. Joseph.

It would be hours before the story of the brawl outside a downtown Santa Ana nightclub would be picked up by the media. Even when details came spilling out, though, hospital staff tried to ignore what was going on outside.

"No one knew why she was here and that was fine," said Soudi Bogert, a veteran ICU nurse. "We had our job to do."

But it was more than a job with Pham. Over the days to come, nurses not assigned to her would check in on her, hugging one another in the hallways for support. A security guard prepared spreadsheets of all the visitors who made the somber pilgrimage to St. Joseph. Administrators put aside their visiting-hour rules, letting family members and friends stay days at a time.

They all wanted to take care of this broken 23-year-old who never opened her eyes or uttered a word. And they became part of a goodbye none of them will forget. 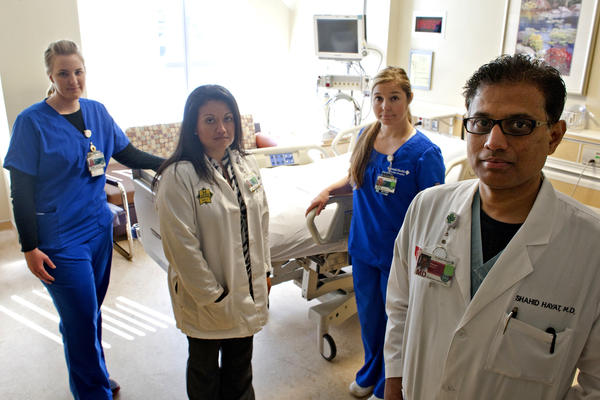 As the day wore on, and friends and family began to arrive by the dozens, Semler overheard talk about what might have happened outside The Crosby, a popular nightclub in the heart of Santa Ana's historic district. Someone mentioned a fight. A police investigation. Some video that might have captured the whole thing.

Semler tried to focus on the young woman lying on the pale white sheets as physicians conducted tests to determine the level of Pham's brain activity. After a while, a neurosurgeon pulled some of the nurses aside and spoke to them in confidence.

"It was startling — the circumstances bringing her to the hospital, her age, the extent of her injuries — and that they're irreversible," recalled Dr. Shadid Hayat, a specialist in critical care and one of the doctors who looked after Pham.

"My heart was just aching for this family and the tragedy they were experiencing," Semler said. "We didn't know what was going on in the outside world. We didn't follow the news."

And for the next three days, she remained on life support while her family waited for her older brother to fly in from Puerto Rico. He wanted to say goodbye. 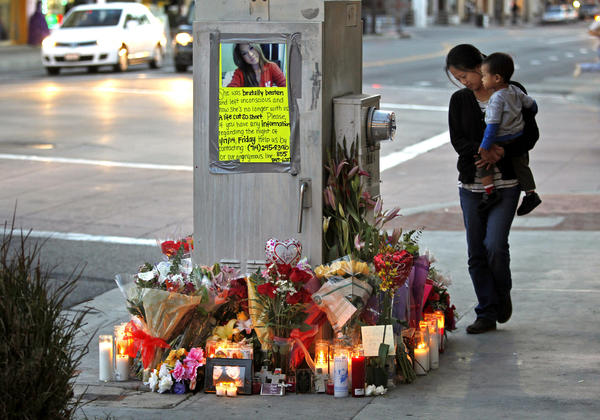 Kevin Jimenez had an idea of what might have happened to Kim Pham.

A security guard at St. Joseph, he had seen newspaper accounts of the altercation between Pham and her friends and another group. He'd read that she had been knocked to the ground while waiting to get into the club, pummeled and kicked. Bystanders had stood by or shot video instead of assisting the woman, one report claimed.

Jimenez had been to The Crosby himself and used to live nearby in downtown Santa Ana.

"I had been on that exact sidewalk outside — waiting to get inside," he said.

As others at the hospital had noticed, Jimenez saw that the group of people showing up to visit Pham was multiplying quickly. Old high school buddies. Former classmates from Chapman University. Scores of relatives from across California.

He finally created a spreadsheet with names of everyone pre-approved to visit Pham — a list the family seemed to update almost hourly — and took care of validating parking for each person.

"Here's this girl, she's my age and she will not live again," Jimenez said. "I felt a special responsibility for her."

She's my age and she will not live. ... I felt a special responsibility.”

As Pham's room turned into a shrine, plastered with cards, photos, poetry and mementos that people carried or mailed in, staffers opened up an anteroom to accommodate the swell of visitors.

In Pham's case, officials waived rules and allowed her friends to stay beyond visiting hours. They left the room next to Pham's empty, and each night, family members slept in chairs near her body.

"We see difficult, tragic situations all the time," said Melissa Ramirez, a social worker. "This one was hard for me because there was violence involved. And the hardest part was watching my co-workers grieve."

Pham's father had no idea that his youngest daughter had long ago registered as an organ donor. It went against the beliefs he'd been raised with in Vietnam. But during the long hours at St. Joseph, he had time to become reconciled with her choice.

Before the nurses wheeled Pham out of ICU, Semler cleaned her body and then stood back as one of the woman's friends combed and braided her hair, then crowned her head with a flower wreath.

Friends, family members, nurses and staffers stood in line as workers wheeled her bed down the hallway, clattering on the tiles. 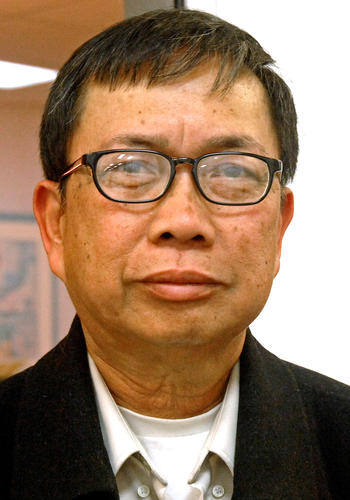 Dung Pham, the father of Kim Pham. He could only watch as his daughter's gurney disappeared down the corridor. (Zung Do / For The Times) More photos

"It was one of the most amazing events I have ever witnessed," recalled Linda Winston, an in-house counselor to the staff at St. Joseph. "The halls were lined with those who loved her, and the silence was loud with respect for this little body."

The medical team swung the gurney onto a private elevator. Four floors separated them from the operating room where her organs would be removed.

At each floor, the elevator doors peeled open to let doctors and nurses in and out. And each time, the faces of Pham's family and friends stared back at them.

"But I've no idea how her group — as huge as they were — could catch up to us in the public elevators," said Bogert, the ICU nurse.

"Yet there they were, floor by floor, forming a parade of people honoring her."

When the elevator reached the bottom floor, the nurses picked up their pace again, with the procession of friends and family walking with them stride for stride. The father stepped ahead, as if leading a caravan.

When the procession reached the ground floor, the double doors that marked the entrance to the operating room whooshed open long enough for the gurney to roll in, then snapped shut.

Pham's father could only watch as his daughter disappeared down the corridor.

"I saw his expression — shattered," Bogert said. "He thought he wouldn't have a chance to say goodbye."

Bogert opened the doors and walked Dung Pham to the gurney, a final moment between father and daughter.

And then she was gone.

It was Wednesday, Jan. 22. A member of the operating team read aloud a letter the family had written to Kim Pham, along with one of the poems she often shared with her loved ones.

The surgeons paused for a minute. Silent. Then they began their work.

The man who killed Pluto seeks new worlds to conquer 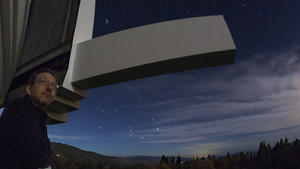 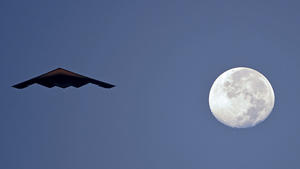 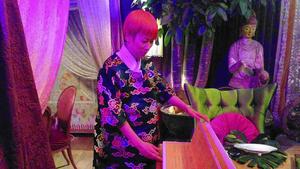