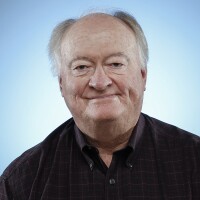 Bill Dwyre was a three-times-weekly sports columnist for the Los Angeles Times from 2006-15. Before that, he was sports editor of the paper for 25 years. Dwyre was named national editor of the year by the National Press Foundation in 1985 for the paper’s coverage of the ’84 Olympics and winner of the Red Smith Award in 1996 by the Associated Press Sports Editors for sustained excellence in sports journalism. He was sports editor of the Milwaukee Journal from 1973 to 1981, when he joined The Times. Dwyre was named National Headliner Award winner in 1985, sportswriter of the year in Wisconsin in 1980 and sportswriter of the year in California in 2009.