About The Times’ editorial board

Our mission, our work and our board.

Mission | How We Work | Biographies

The Los Angeles Times is a citizen of the city of Los Angeles, the state of California, the American nation and the world. On the editorial page, the newspaper sets aside its objective news-gathering role to join its readers in a dialogue about important issues of the day — to exhort, explain, deplore, mourn, applaud or champion, as the case may be.

The editorial page strives to reflect the dynamism of Southern California. The region's iconic status as global entertainment capital, its entrepreneurial spirit and its extraordinary cultural diversity are among its distinguishing strengths, and we believe that all Angelenos should have the opportunity to fulfill their dreams. We demand accountability from the people's representatives in government, promote the rule of law and support policies that encourage commerce and growth and that raise living standards in the region.

Freedom is our core value. We feel a special obligation to defend civil liberties and human rights. Because newspapers and other news media, uniquely among businesses, enjoy and rely on a provision of the Bill of Rights that protects freedom of the press, we assume an obligation to defend the rights of all citizens.

We reject overreaching moves by public authorities to control the culture or private mores. Citizens' right to privacy, to decide for themselves how best to lead their lives, is fundamental. It is in keeping with our Western roots to champion individual autonomy and the freedom of conscience.

The United States has developed into one nation whose citizens are engaged in a common enterprise and are entitled to live under the same basic framework of laws and enjoy their equal protection. And much as the bonds linking Americans have grown stronger over time,so too have the bonds among nations in the global economy. We believe that lowering barriers to trade and communication will lead to greater freedom and prosperity for all.

At home and abroad, we believe that free markets are the best engines of prosperity. We are deeply skeptical of government attempts to subvert markets to engineer economic outcomes, though we also believe that a private economy requires a robust public infrastructure and a social safety net to prevent some members of society from falling prey to unconscionable levels of poverty and privation that corrode our democracy.

An abiding commitment to preserve the nation's natural treasures is also is in keeping with our Western roots. Californians understand that there is a need for society and government to protect wilderness, balancing the interests of growth and conservation, and to regulate human activity to preserve the quality of our air and water for generations to come. The market may be the best arbiter of economic activity, but in pursuit of environmental and public health goals, state regulation must often encroach on private behavior.

Engagement with the rest of the world is a requirement of good citizenship. The United States should be an unabashed promoter of freedom and democracy in the world, ready to work with others to help ease the burdens of less fortunate nations. We believe that the United States should have, and sometimes must use, the strongest military in the world. It is also important to shine a spotlight on global development challenges that don't necessarily dominate daily news headlines, and that is part of our mission.

Intellectual honesty is the cornerstone of the editorial page. We strive to be sincere, coherent, consistent and skeptical — and,when called for, to have a sense of humor and a hint of mischief. And a sense of humility, too, in recognizing when we are wrong and when our positions shift in light of new developments or information.

The editorial board of the Los Angeles Times champions its principles without regard to partisanship, beholden to no individual or political organization.

What exactly is an editorial? The simple answer is: an unsigned article expressing the newspaper's opinion on a matter of public interest. It's the one place in the newspaper where The Times tells you what it thinks as an institution.

Speaking on the newspaper's behalf is the editorial board, consisting of 10 members, with a variety of viewpoints and expertise. We meet three times a week for an hour or so, bat around ideas and arguments, examine them for flaws, push them in new directions, (sometimes) discard them entirely and (ideally) mold them into coherence. We often have visitors from the worlds of politics, governance, academia and business.

Board members interview sources much like our newsroom colleagues,though we aren't as likely to use quotes. We go wherever our interests lead us — skid row, Sacramento, Shanghai — but we're not entirely free to write whatever we want. The editorial board imposes a few institutional constraints, by design.

One is what is known in the law as stare decisis. Our past positions on any given topic help guide our present view. It would be intellectually inconsistent, not to say politically opportunistic, to favor term limits when one party is in office but oppose them when another governs. (For the record, we don't like term limits for anyone.)

The writing of editorials is a team effort; they aren't columns reflecting any one person's viewpoint. A member of the board (editors included) can't write an editorial endorsing a position in the absence of consensus among the group. That is not to say we are a full democracy. Editors have a bigger say, especially in wielding a veto, and report directly to the publisher, who has an even bigger say.

We are also spreading our voice outside the geographical constraints of the editorial page. We will increasingly be offering more online-only content, whether rebuttals to an editorial or virtual chats with a columnist. We also maintain a lively group weblog called Opinion L.A., where we sample the local conversation and invite readers to weigh in, even (or especially) if it's to tell us to do a better job.

We don't expect you to always agree with our opinion, but we do hope to earn your respect. 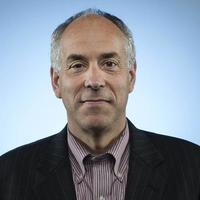 Editor of the editorial pages

A graduate of , Goldberg's writing has been published in the Los Angeles Times, the New Republic, the New York Times, Vanity Fair, the Nation, the Sunday Times of London, the Washington Monthly, American Lawyer and Conde Nast Traveler, among other places. He lives with his wife and children in Hancock Park. 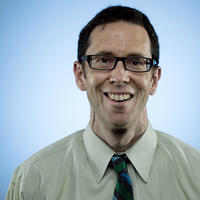 Jon Healey is the deputy editor of the editorial pages, editing his colleagues' copy and contributing pieces about healthcare policy, technology, intellectual property, corporate governance and other business issues.

Prior to joining the board, he spent five years as a business reporter at The Times covering the convergence of entertainment, technology, and billion-dollar lawsuits. Other career stops include stints at the San Jose Mercury News, Congressional Quarterly and the Winston-Salem Journal. He has a B.A. in history from Princeton University and lives with his wife and two sons in South Pasadena. 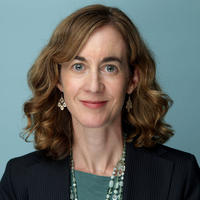 Prior to joining the board, she was a public radio producer working with Warren Olney at KCRW on "To the Point" and "Which Way, L.A." Before that, she spent a decade at the L.A. Daily News, where she covered L.A. and California politics, budget and environmental issues, and wrote a twice-a-week front-page column on local government issues. She has also worked at the Bakersfield Californian, covering environmental issues and transportation. She's a graduate of New York University and Columbia Journalism School. She lives with her husband and two sons in Van Nuys. 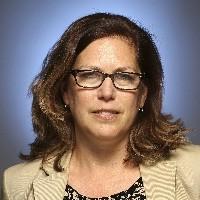 Mariel Garza has been writing editorials and columns about state and L.A. politics for more than a decade. Before joining The Times' editorial board in March 2015, she was deputy editorial page editor of the Sacramento Bee and is a former editor of the editorial pages of the L.A. Daily News and Los Angeles News Group. 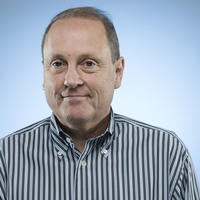 Greene previously was a staff writer for the L.A. Weekly and a reporter and associate editor for the Metropolitan News-Enterprise. Prior to becoming a journalist, he was an attorney in Los Angeles. He is a resident of Highland Park and a graduate of USC and Georgetown University Law School. 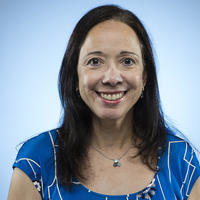 Carla Hall was a general assignment reporter for the Times' California section for 17 years. During her time there, she covered animal welfare issues, the trial of private eye Anthony Pellicano, and the divorce of the Dodgers' Frank and Jamie McCourt. In addition to reporting on issues in California, she covered the inauguration of Barack Obama and the death of Diana, Princess of Wales.

She was previously a staff writer for The Washington Post's Style section. She has a B.A. in the history of science from Harvard University and lives in Brentwood. 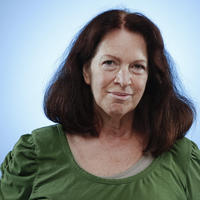 Karin Klein is an editorial writer covering education, environment, religion and culture. She occasionally contributes columns to the op-ed page. She is the 2006-07 winner of the Eugene C. Pulliam Fellowship for Editorial Writers, under which she spent a year studying and writing about the first wave of children diagnosed with attention deficit disorder, now that they have reached adulthood.

Klein was previously an assignment editor with The Times, and also has worked at the Orange County Register, San Jose Mercury News and Sacramento Bee. She attended Wellesley College, did her graduate work in journalism at UC Berkeley, and is currently an adjunct professor of journalism at Chapman University in Orange. She lives in Laguna Beach, where she is a volunteer naturalist. 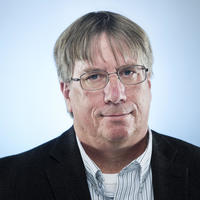 Scott Martelle spent more than 30 years in newsrooms (including nearly a dozen years at the Times) before moving to opinion writing. He has covered presidential elections, books and publishing, and countless other topics in a career given mostly to general assignment reporting.

Martelle also is the author of several history books, and previously worked as a journalist in Western New York and Detroit, where he honed a deep interest in labor issues. His freelance work has appeared in a wide range of outlets, including The Washington Post, Sierra magazine, Esquire.com and Truthdig. A native of Maine, he lives in Irvine with his wife, an elementary school teacher, where they raised their two sons. 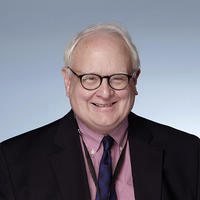 Michael McGough is senior editorial writer for The Times, writing about law, national security, politics and religion. Prior to joining The Times, McGough worked more than two decades for the Pittsburgh Post-Gazette, covering the Supreme Court and writing a weekly op-ed column (2003-06), editing the editorial and opinion pages (1985-2003), and working as associate editor, editorial writer, reporter and copy boy. He was part of a team of Post-Gazette writers that received first place in the Pennsylvania Bar Association's Schnader Media Awards for a series on a state Supreme Court justice who was subsequently impeached and removed from office.

He has written for Slate.com, the New York Times, the Washington Post, the New Republic, Commonweal and others. An honors graduate of Allegheny College, he also studied English literature, philosophy and religion at the University of Kent in Canterbury, England, and holds a Master of Studies in Law degree from Yale, which he attended as a Ford Foundation fellow.