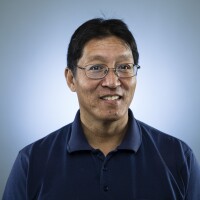 Ashley Dunn is the weekend editor at the Los Angeles Times. He previously served as assistant managing editor in charge of California news. Dunn joined The Times in 1986 as a suburban reporter in the San Gabriel Valley and later moved to the Metro section, where he participated in coverage of the 1989 Loma Prieta earthquake and the 1992 Los Angeles riots. After a stint at the New York Times, Dunn returned to Los Angeles in 1998 as a reporter and then editor in The Times’ Business section. He later was named to run science coverage. He worked as deputy national editor from 2007 to 2011 and played a central role in the coverage of some of the biggest national stories of recent years, including the 2010 oil spill in the Gulf of Mexico and the 2008 election of President Obama. Prior to his career at The Times, Dunn worked at the South China Morning Post in Hong Kong, the Danbury News-Times in Connecticut and the Seattle Post-Intelligencer. Dunn is a California native who has worked as a dishwasher in Sacramento, a printer in San Francisco and a bicycle repairman in Walnut Creek. He has lived along the levees of the Sacramento Delta, the Powell-Hyde Street cable car line and the shaded streets of Pasadena. He is a graduate of UC Berkeley with a degree in English.