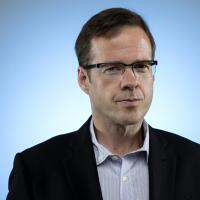 Charles McNulty is the theater critic of the Los Angeles Times. He received his doctorate in dramaturgy and dramatic criticism from the Yale School of Drama. McNulty has taught at Yale, the New School, New York University, the City University of New York Graduate Center, UCLA and the California Institute of the Arts. McNulty, who got his theatrical start as a literary intern at the New York Public Theater in the days of Joseph Papp, is a former Village Voice theater critic and editor. He was the chairman of the Pulitzer drama jury in 2010. He received the George Jean Nathan Award for Dramatic Criticism for the theater year 2009-10 and was awarded the top prize for feature writing from the Society for Features Journalism in 2011.