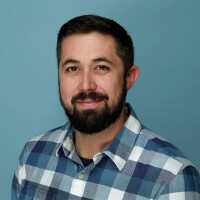 Cody Long is a video journalist and producer focusing on food video for the Los Angeles Times. Originally from San Diego, Long received his bachelor’s in art with an emphasis in photography from San Diego State University. He has produced Emmy award-winning content for the San Diego Union-Tribune and has had clients including Sony Interactive, HSN, American Airlines and CQ Roll Call.