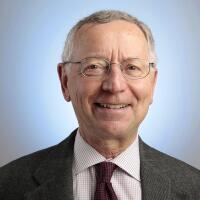 David G. Savage has covered the Supreme Court and legal issues for the Los Angeles Times in the Washington bureau since 1986. He has covered the Senate confirmation hearings for all of the current justices. In addition to writing about the court’s work, he has written on the legal battles that have raged in Washington. He joined The Times in 1981 and was an education writer on the Metro staff for five years. He has degrees from the University of North Carolina at Chapel Hill and Northwestern University.