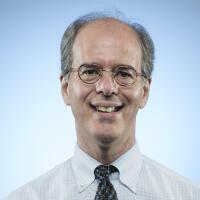 David Lauter is the Los Angeles Times’ senior Washington correspondent. He began writing news in Washington in 1981 and since then has covered Congress, the Supreme Court, the White House under Presidents George H.W. Bush and Bill Clinton and four U.S. presidential campaigns. He served as Washington bureau chief from 2011 through 2020. Lauter lived in Los Angeles from 1995 to 2011, where he was The Times’ deputy Foreign editor, deputy Metro editor and then assistant managing editor responsible for California coverage.