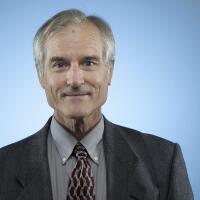 Senior writer Doug Smith scouts Los Angeles for the ragged edges where public policy meets real people, combining data analysis and gumshoe reporting to tell L.A. stories through his 45 years of experience covering the city. As past database editor from 2004 through 2015, he hunted down and analyzed data for news and investigative projects. Besides “Grading the Teachers,” he contributed to investigations of construction abuse in the community college system and the rising toll of prescription drug overdoses. Smith has been at The Times since 1970, covering local and state government, criminal justice, politics and education. He was the lead writer for Times’ coverage of the infamous North Hollywood shootout, winner of a 1997 Pulitzer Prize. Between 2005 and 2008, Smith made five trips to Iraq on loan to our foreign desk.