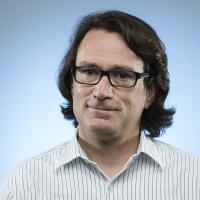 Geoffrey Mohan joined the Los Angeles Times in 2001 from Newsday, where he was the Latin America bureau chief in Mexico City. He started off here as a statewide roamer, detoured to cover the Afghanistan and Iraq wars and was part of the team that won the Pulitzer Prize for coverage of the California wildfires in 2003. He served as an editor on the metro and foreign desks before returning to reporting on science in 2013. He came full circle, roaming the state in search of stories about farming and food, before leaving The Times in April 2020.