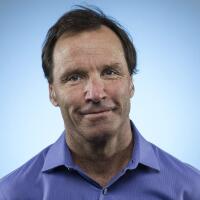 James Rainey has covered multiple presidential elections, the war in Iraq, the foster care system and the environment. He was part of L.A. Times teams that won Pulitzer Prizes for coverage of wildfires, the 1994 Northridge earthquake and the 1997 North Hollywood shootout. He wrote the twice-weekly column, “On the Media.” He also reported on the film industry for Variety and on climate change for NBC News.