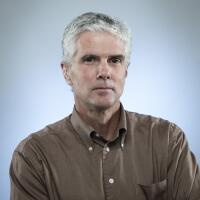 Jeffrey Fleishman is foreign and national editor at the Los Angeles Times. Previously, he was a senior writer on film, art and culture. A 2002 Nieman fellow at Harvard University, Fleishman was a Pulitzer Prize finalist in feature writing. A longtime foreign correspondent, he served as bureau chief for The Times in Cairo and Berlin, and was previously based in Rome for the Philadelphia Inquirer. He has been a finalist for the Goldsmith Prize for Investigative Reporting and a finalist for the Center for Public Integrity’s Award for Outstanding International Investigative Reporting. He is the author of three novels: “My Detective,” “Shadow Man” and “Promised Virgins: A Novel of Jihad.”