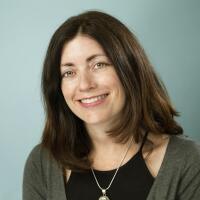 Jenny Jarvie is a national reporter for the Los Angeles Times based in Atlanta, where she covers a range of stories on immigration, identity, culture and politics. She has lived in the South for more than 15 years, writing for publications including The Times, the New Republic, Atlantic’s CityLab, ArtsATL and the Atlanta Journal-Constitution. Raised in England and Italy, Jarvie studied English literature and philosophy at the University of Glasgow in Scotland and began her journalism career at the Daily Telegraph in London.