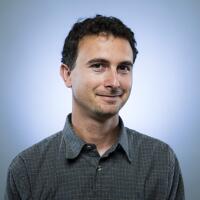 Josh Rottenberg covers the film business for the Los Angeles Times. He previously worked as a senior writer at Entertainment Weekly, and his work has also appeared in the New York Times, Fast Company and other publications. A graduate of Harvard University, he has played laser tag with Gary Coleman, taken a road trip in a snow storm with Will Ferrell, smoked a peace pipe with Lisa Bonet, and conducted a career-spanning interview with Kermit the Frog.