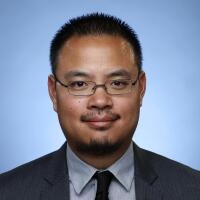 Justin Chang is a film critic for the Los Angeles Times and for NPR’s “Fresh Air,” and a regular contributor to KPCC’s “FilmWeek.” Before joining The Times, he was chief film critic at Variety. He is the author of the book “FilmCraft: Editing” and serves as chair of the National Society of Film Critics and secretary of the Los Angeles Film Critics Assn. In 2014 he received the inaugural Roger Ebert Award from the African-American Film Critics Assn. A Southern California native and USC graduate, he lives with his wife and daughter in Pasadena.