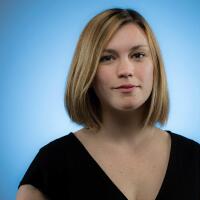 Kate Linthicum is a foreign correspondent based in Mexico City. Since joining the Los Angeles Times in 2008, she has covered immigration, local and national politics, and reported from Asia, Africa and the Middle East. A series of stories she wrote about Mexico’s homicide crisis earned her the 2019 Sigma Delta Chi Award for Foreign Correspondence. She has won two Overseas Press Club awards, is a two-time Livingston Awards finalist and was part of a team of journalists that won the 2016 Pulitzer Prize for breaking news. She was born in Texas, raised in New Mexico and graduated from Barnard College.