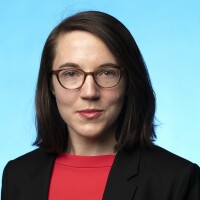 Kiera Feldman joined the Los Angeles Times as an investigative reporter in 2019. She came from ProPublica, where her reporting on New York City’s private trash industry exposed labor abuses and corruption, leading to a federal investigation and new city laws. She won the Livingston Award in 2015 for an investigation of college sexual assault mishandling. A longtime magazine journalist, before coming to the Times she reported for Harper’s, New Republic and elsewhere.