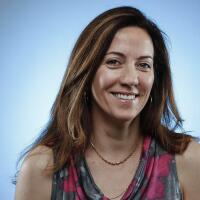 Lorraine Ali is television critic of the Los Angeles Times. Previously, she was a senior writer for the Calendar section where she covered culture at large, entertainment and American Muslim issues. Ali is an award-winning journalist and Los Angeles native who has written in publications ranging from the New York Times to Rolling Stone and GQ. She was formerly The Times’ music editor and before that, a senior writer and music critic with Newsweek magazine.