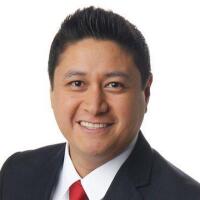 Luis Cruz is the executive director of news and programming at the Los Angeles Times. He is also the managing editor of L.A. Times Today, which airs on Spectrum News 1. Cruz is an Emmy award-winning journalist with more than 25 years of television broadcasting and digital video experience. Prior to joining The Times in 2018, Cruz was the director of news and programming at the San Diego Union-Tribune. Cruz has served as a news director, anchor and reporter at various stations in Arizona, California and Nevada. He earned his bachelor’s degree in political science from UC Berkeley.