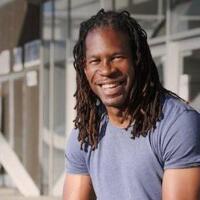 LZ Granderson is sports and culture columnist for the Los Angeles Times, where he shares his perspective on how sports connect with politics, culture, race, fashion and music. He appears regularly on The Times’ Spectrum News 1’s daily news magazine program, “L.A. Times Today.” He is also the co-host of ESPNLA 710 Radio’s “Mornings with Keyshawn, LZ and Travis,” the ringside reporter for DAZN and a contributor to CNN. He previously was co-host of ESPN TV’s “SportsNation,” wrote for ESPN and the Undefeated and was a contributor to ABC News. Granderson was a fellow at the Institute of Politics at the University of Chicago and the Hechinger Institute on Education and the Media at Columbia University.